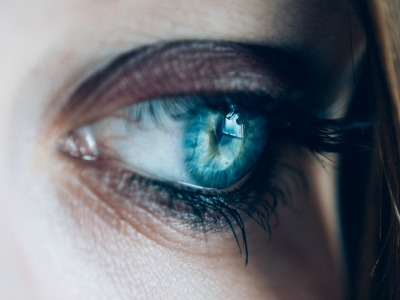 Not guilty does not mean innocent Every year in the UK on average 85,000 women and 12,000 men are victims of the most serious offenses of rape or sexual assault. In 2013, only 1,070 rapists were convicted of their crime. The UK has amongst the lowest conviction rates for rape across Europe.

This is partly because the number of attacks reported is low as many women feel shame and fear of reprisal in coming forwards. The burden of proof placed on the complainant only exacerbates this and is acknowledged by the Crown Prosecution Service as to why many rape cases fail. The sheer length of time taken for a case to be resolved also forces women to relive trauma over a period of years. The Ched Evans case has illustrated the problems with legal and cultural institutions that foster an unsafe environment for women.

The footballer was convicted of raping a 19-year-old woman in 2012 and then acquitted this year after new evidence of her sexual history was brought into court.

Let’s clarify: a ‘not guilty’ verdict does not mean a defendant is innocent. Not guilty means there is insufficient evidence of outright guilt. Ched Evans’ acquittal of rape by using the complainant’s sexual history to discredit his conviction, however, sets a dangerous precedent for future cases.

Whilst lawyers have not been permitted to cross-examine complainants’ previous sexual history since 1999, an exception was made in this case. In response, Police Commissioner Vera Baird has said this case has “set us back 30 years” and “could open the floodgates” for others.

What this precedent achieves is the erosion of legal protection for potential victims. It undermines their confidence in the criminal justice system, reinforces the culture of victim blaming and acts as a potential deterrent to abuse being reported in future.

There is also the campaign Evans’ supporters and his family waged outside of court in order to gather testimony (apparently accompanied by an alleged financial incentive of £50,000) from the men who gave evidence in the retrial.

It’s clear to me that women lack confidence in the criminal justice system – which isn’t surprising to hear when persons connected to the defence case can offer a financial incentive that could usurp the legal process.

Rape and sexual assault occur at an alarming rate in British society but the vast majority of these crimes remain unreported. The fear and shame many women feel in reporting rape find their roots in a culture that embarks on a misogynistic witch hunt against women for daring to seek justice. Victims remain silent because they fear the intense public scrutiny and blame that often follow being named in the media. This atmosphere of shame, silence and fear of reprisal demonstrate that when it comes to rape, society continues to condemn women.

The Ched Evans case triggered backlash against his complainant, forcing her to move and to change her identity five times, thanks to a barrage of online abuse from many of Evans’ fans, smearing her as a “little slut”and identifying her despite her entitlement to anonymity. While the complainant has been subjected to an inordinate amount of abuse, trauma and stress, Ched Evans, by contrast, has now been acquitted and awarded a lucrative contract with Chesterfield FC. If violence against women is tacitly condoned and with no recourse to justice, misogynistic attitudes and behaviours will continue.

In this aspect, mainstream media plays a role in normalising sexual assault: misleading narratives are often enforced, such as “she was drinking”, “she was wearing revealing clothing”, or “she is promiscuous”, as ways to justify rape. This negates the experiences of those who are harmed by sexual violence. For example, Research by the ONS confirms the weight these narratives hold in collective belief: more than a quarter of the public believe that if a victim was drunk, they are at least partly responsible for being raped or sexually assaulted.

In 2015, the Crown Prosecution Service saw the highest ever number of cases concerning violence against women, including rape and sexual abuse, while the rate of rape convictions in the UK has fallen. With this in mind, campaigners have warned that the Ched Evans case could deter women from reporting rape and undermine legislation designed to protect victims. Ched Evans’ conviction for rape should never have been overturned if the evidence was acquired by excavating the complainant’s sexual history. For women to truly feel safe, we have to challenge misogyny at every level of society. This includes reframing the narrative that women are objects for men’s consumption.

And while leading legal figures have questioned the retrial, some have accepted the excavation of the complainant’s sexual history as within the law. The law is clearly not working for women.

Editor’s note: after much internal discussion within the F-Word team, the words “victim” and “accuser” have been removed from this piece when referring to the complainant, out of concern for the implication of guilt.

Image by Lisa Davies, from StockSnap. Used under a Creative Commons Zero licence.

Image is of a woman’s eye up close. She has bright blue eyes and appears to be sad or pensive. She is looking away from the camera.