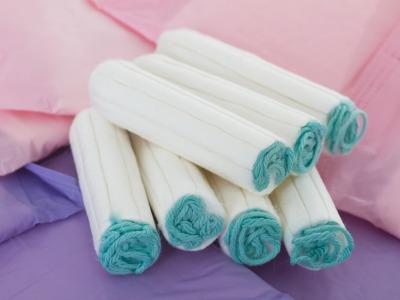 Look out, a teen “meninist” is here to teach us about periods This is a guest post by Hayley Smith. She is the Founder of the @Flow_Aid campaign, providing free sanitary products to homeless women. She can be found tweeting at @officialHayleyS and also owns London-based PR company @BoxedOutPR

In the UK, sanitary products have a 5% luxury tax attached to them, also known as the tampon tax. Women use approximately 16,800 tampons and sanitary pads in their menstrual lifecycle and rely on these items to ensure that they don’t bleed all over themselves each month. But according to “meninist” Ryan Williams, women who have periods have been doing it all wrong.

Williams took issue with the campaign against the tampon tax, Tweeting:

Tampons should not be free, why does everyone keep saying they should be?? if u can't control ur bladder then that's not taxpayers problem!

pay for ur own tampons if u can't hold it until u get to a toilet. I don't urinate everywhere and expect free nappies #selfcontrol

We have been spending hundreds and hundreds of pounds on sanitary products when we could have simply been holding it in all along! This revelation was produced by a 19-year-old Essex boy, but it is ok, he has a girlfriend, so he knows exactly how periods work.

So it was no wonder that after his comments were published in the Daily Star he was shocked and surprised that he received some angry and negative responses. These women were clearly all on their periods at the same time. Gosh, us females really need to get it together sometimes!

On his Twitter profile, Williams describes himself as an “avid meninist” — a member of an anti-feminist movement that is thought to be satirical. Following the backlash he Tweeted: “Yo I’m so lucky my girlfriend isnt crazy like these feminists and she never bleeds lol always clean [sic].” Sadly, nothing about Williams seems vaguely satirical.

Tampons are so luxurious that I give mine nicknames like Porsche and Ferrari. I am going to keep them in diamond-encrusted trinket boxes because now that I don’t have to spend my money on sanitary products anymore I can definitely afford to do this. A 2015 study found that women in the UK will spend as much as £18,450 on their periods during their lifetime, including sanitary and pain relief products.

Williams has a girlfriend, so he presumably has sex and uses condoms. If we’re talking about involuntary bodily excretions, ejaculation is something that comes to mind. Perhaps this is something he also feels he can hold in, as he adds, he doesn’t believe condoms should be free, either:

and just for the record, I don't think condoms should be free either… close ur legs and hold ur bladder, end of discussion

Surely, that moment, just before, it can be held in? Either way, condoms are free from the NHS and don’t have VAT.

Condoms are great because they prevent STIs. Tampons are also consequential where it comes to women’s health. Nothing important, anyhow, only the smallest of things: the risk of death. Prolonged use of a tampon can cause toxic shock syndrome, which can be fatal. That doesn’t sound like something we’d risk to use a product that is essentially unnecessary.

But women shouldn’t sweat it. Ryan is probably enjoying his houseboat moorings, crocodile meat, jaffa cakes and bingo, all of which are considered essential. Meaning they are exempt from the luxury tax. Also, as according to Ryan (who knew one person would know so much about bodily fluids?) it’s up to us to control our bladders, shouldn’t people who need to go to the toilet just be able to hold it in? But yet, incontinence products don’t have a luxury tax and I would say that they are just as important as sanitary products. Oh, and the bladder is a different part of the body; we do not bleed from there.

Us women love having our bodies talked about, especially by men we don’t know. And we are thrilled that Ryan Williams, who we have never met, has decided to take ownership of our bodies and tell us how they should and shouldn’t work. And I am so glad that he has started a Crowd Funder to raise money for his biology lessons (I for one will be making a hefty donation – of knowledge). I only hope that they don’t have a luxury tax attached, I would hate for him to pay extra for something he clearly needs.

Popular to contrary belief, women who have periods do not bleed at the same time every month (though, wouldn’t that be fun). And we will be amazed to hear that we no longer have to worry about acquiring sanitary products anymore: we can just hold it in!

Image by Colour59, from BigStock. Used with extended licence.

Image is of seven white tampons in a pile, on top of a selection of sanitary pads. The sanitary pads are either in pink or purple packaging.