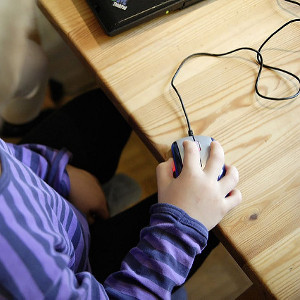 The findings of the recent report by the Women and Equalities Committee on sexual harassment in schools leave us in no doubt that we face a crisis that requires urgent attention. In 2014, 59% of girls reported experiencing some form of sexual harassment at school or college in the last year.

One of the most harrowing findings of the report is that it’s considered “normal” and “accepted as part of daily life”. Meanwhile, “teachers [are] accepting sexual harassment as being ‘just banter’”, in a chilling echo of Trump’s “locker room banter” which hit the headlines last week. From the school playground to the political playground: is no space safe for women and girls without the insidious threat of harassment? This culture of permissiveness has been publicly legitimised by the recent overturning of the original guilty verdict in the Ched Evans rape case. It’s been a bleak fortnight in the media for women and girls, with misogyny top of the news agenda and public slut shaming par for the course.

It’s not just teenagers and secondary school children who are being exposed to these images and acting out the messages that are presented to them. A colleague has a nine-year-old daughter who wears cycling shorts over her tights to school every day. This is so boys can’t see her underwear when lifting up her skirt or trying to take photos up her skirt. She won’t go to school without her cycling shorts on. A friend is a primary school teacher and recently dealt with an incident where intimate photos were being shared on phones between children aged ten.

Because our society doesn’t help model healthy attitudes towards sex, it pushes children’s burgeoning sexuality underground. Instead of having their natural expression and development openly and safely encouraged, boys and girls look to the messages the media and pornography are giving them to claim their sexual identities and mirror feelings, sensations and emotions they may not understand. We need to help children own their sexuality – particularly girls, who are growing up thinking that it’s normal for sex to be painful and that their pleasure is secondary, if not obsolete. Our boys too are at high risk of having their sexual development warped by toxic messages.

The time of being coy and evasive about our human bodies and sexuality is long over. This crisis demands that children are given sensitive, age appropriate sex education by well-trained professionals in schools and that this is reinforced and reflected in the wider world by parents and relatives.

The Women’s Equality Party is calling on Theresa May to take urgent action on sex education in schools – you can email as part of their campaign here.

The photo is by Miika Silverberg and is used under a creative commons licence. It shows a birdseye view of a child sitting at a desk with their hand on a computer mouse. Their face cannot be seen.