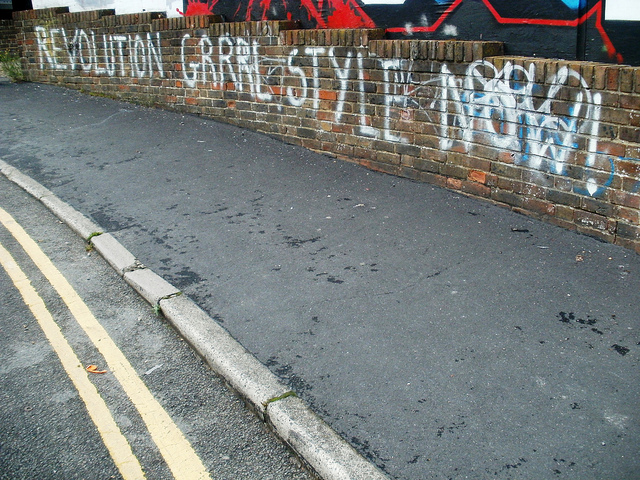 Welcome to another weekly round-up, where we share (what we see as) the most interesting and important articles and essays from the previous seven days. We’d love to hear your thoughts on any of the issues covered in our chosen links – there are loads this week!

Who Gets to Write What? (NY Times)

From the article: “You become the manic pixie dream girl; your sickness gives the guy’s life a sense of meaning and depth, which is exactly what he craves, granted you’re not too overbearing and, you know, he actually has to look after you too much.”

Women are a ‘distinct minority’ among the top UK earners (Stylist)

No Home, No Chance: Lack Of Housing Stops Women From Turning Their Lives Around On Release From Prison (Huffington Post)

From the article: “This week the Prison Reform Trust and Women in Prison published a new report. It found that a chronic shortage of safe and stable housing for women leaving prison is leading to more crime, more victims and greater use of unnecessary and expensive imprisonment. Six in ten women leaving prison may not have a home to go to on release, and recent prison inspectorate reports suggest that the situation may be getting worse.”

Watch: a history of men talking over women (Matador Network)

Imagine if Donald Trump were a woman. You simply can’t (The Guardian)

From the article: “But imagine it wasn’t Trump who was the conduit for this anger. Imagine it was a woman. Picture a woman up there on the podium last night shouting over her rival, jabbing her finger in the air, denying she’d said things there was ample evidence of online that she had said. Imagine a completely inexperienced woman insisting she had better political nous than someone who had been at the forefront of politics for decades. And, of course, you can’t: it is, literally, beyond imagination.”

This Week GQ Published a Sexist Climbing Piece, and Outdoor Research Stepped in with the Perfect Response (The Dyrt)

Woolly Jumpers and Silk Blouses: The Rise of the Female Detective (BBC)

Hillary Clinton was cheated on and stayed. Many of us do the same (The Guardian)

ME affects four times as many women as men. Is that why we’re still disbelieved? (The Guardian)

No scrubs: how women had to fight to become doctors (The Guardian)

From the article: “Earlier this year, a report compiled by the Asia Floor Wage Alliance found that the fashion giant was routinely exploiting its employees. Based on 251 interviews with garment workers, the report alleged that staff from 11 out of 12 Cambodian supplier factories claimed they had witnessed or experienced employment termination during pregnancy. It also claimed that every single one of the 50 staff surveyed in India said that women were often fired when they fell pregnant. In a predominately female industry, this is a colossal problem, particularly when coupled with the workplace sexual harassment that was also reported as commonplace.”

Middle-aged women can enjoy sex more as they get older, study finds (The Independent)

Angela Davis: ‘I Am Not So Narcissistic to Say I Cannot Bring Myself to Vote for Hillary Clinton’ (The Root)

From the article: “This is a really fascinating period for the textile trade in general: English weaving, for example, is just beginning to shift from being a craft carried out by women on a small scale, producing fabric from their own looms, to a more lucrative business on a larger scale, using a bigger, fancier loom, and dominated by … yes, of course, men.”

The return of SQIFF (Eye for Film)

From the article: “Casting trans people in trans roles might not sound revolutionary, and some trans actors are wary of being pigeonholed that way, but it’s important in a context where trans actors often struggle to get work at all, and concerns have been raised around the fact that casting men as trans women in films like Dallas Buyers’ Club and The Danish Girl sends the message that trans women are really men, reinforcing prejudice that too often leads to violence. Jeffrey Tambor, star of Amazon’s Transparent, recently said that he hopes he will be the last man ever cast in such a way.”

In defense of feminine men (Fusion)

From the article: “The vast majority of popular culture’s male femmes are presented as jokes or villains, with an entire catalogue of Disney villains reinforcing the message that male femininity is inextricable from depravity—a tradition upheld with Harry Potter’s Lucius Malfoy and The Hunger Games’ President Snow. When the characters are more aspirational, they either overcompensate for their femininity with a dash of aggressive masculinity, like the flamboyant Captain Jack Sparrow from the Pirates of the Caribbean series, or their effeteness itself is played for humor, as with the Crane brothers on the long running series Frasier.”

Amanda Knox, Netflix and the making of white innocence (Flavia Dzodan at Medium)

Feminist art of the 1970s: knives, nudity and terrified men (The Guardian)

The image is used with thanks to Feral78 on Flickr. It shows a brick wall with the words “Revolution Grrrl Style Now!” written across it in white paint.