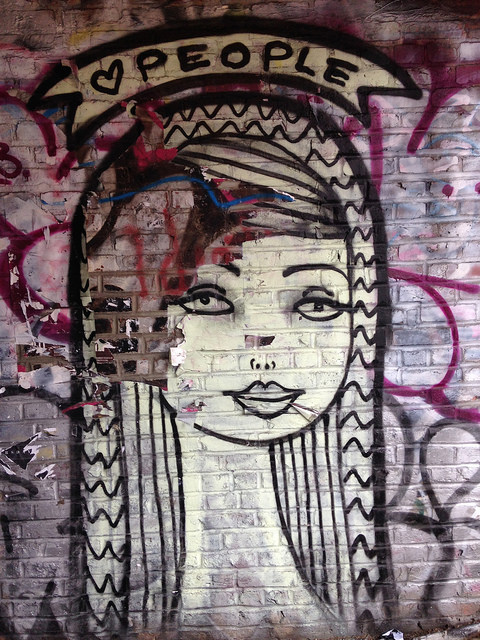 Welcome to another weekly round-up, where we share (what we see as) the most interesting and important articles from the previous seven days. We’d love to hear your thoughts on any of the issues covered in our chosen links, which include everything from pink sweets to Donald Trump.

The Problem with the Concept of a ‘Good Immigrant’ (Vice)

From the article: “A bit later, his studies paid off, and he became a math teacher. And then something weird happened. It was like the volume on his otherness had been abruptly turned down and something else had been turned up. Abusive comments became less frequent. Hassle evaporated. He became respected, almost revered. He always swears that even the bricks and mortar of our little semi-detached house seemed to take on new meaning. ‘Some foreigners live there’ became ‘a teacher lives there.'”

From the article: “Everyone has Google, but not everyone has been given the tools to educate themselves. You might have missed the memo on the ins and outs of intersectionality if you didn’t have an expensive private education.”

Why We Need To Stop Calling Women “Girls” (Bustle)

From the article: “Diaspora communities tend to hold on to customs stubbornly, and we want them to analyse the gender bias in them.”

Why I’m Scared Of White Women (The Establishment)

From the article: “Living most of my life as a Black boy, raised by Black women, I was instilled with an appreciation and respect for women. I was never taught there was something a woman could not do, nor was there anything I should not be expected to do as a boy. Gender equality never felt like a hard thing to wrap my head around. But in the popular conversation, gender equality and feminism are so geared toward white sensibilities that people like me are not only marginalized as allies, but actively endangered.”

Gina Miller: the woman taking on Theresa May over article 5 (The Guardian)

From the article: “Ched Evans was found not guilty today, but the wave of misogyny that was unleashed by his supporters across social media didn’t make me feel optimistic about society. Nor did I find it heartening that the court case involved discussion of the woman’s sex life, given by two people she’d had relationships with in the past.”

From the article: “Often times, it is death that only one person feels or even knows about, and carries alone. That would be thanks to the 12-week rule our culture embraces.”

Where is the love? (The queerness)

I’m childfree, and I don’t mind sitting next to your baby on a plane (Last year’s girl)

The image is used under a creative commons license with thanks to New Women New Yorkers on Flickr. It shows some street art; an image of a person wearing a veil which covers their hair. Their expression is a bit wistful, but a slight smile plays across their lips. Above them it reads ‘Love People’ (with a heart used in place of the word ‘love’).