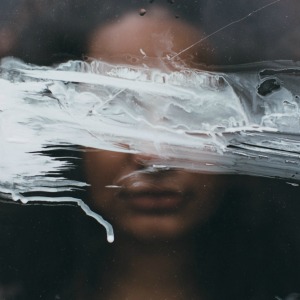 What springs to mind when you think of Sweden? Perhaps smart, less-is-more fashion; clever minimalist architecture; or maybe the nation’s reputation as being progressive where it comes to gender equality. And the facts add up: since the inception of the World Economic Forum’s Global Gender Gap report in 2006, Sweden has never finished lower than fourth. The official Swedish government website notes that Sweden has the world’s first feminist government.

Sweden is also the place where last week, a Muslim woman left her job after being pressured to shake hands with a male colleague. Fardous El-Sakka, a supply teacher for an independent school in Helsingborg prefers instead to put her hand over her heart and bow in the way of a greeting. One of her male colleagues took offence, and El-Sakka was told she needed to conform to the school’s core values if she wanted to continue working there. She chose to leave.

“The school doesn’t differentiate between people or treat them differently,” school principal Lidija Münchmeyer told Swedish newspaper Expressen. “That’s what we advocate from our students, so the staff also have to do that.” It’s a valiant sentiment, but in reality suggests that equal treatment is only available to those who fit the cultural bill.

Truly treating everyone equally is impossible, until markers such as race, gender, religion and beliefs aren’t things that count towards experiences of discrimination. These markers have a very real and often subconscious impact on the way a person is perceived. Ignoring or universalising them is to ignore the complete complexity of a person’s identity and experience.

Enforcing a structure where people are treated on a surface level in the same way provided they follow a set of rules — no matter how ‘equal’ they might sound — normalises the privilege held by the dominant group in making those rules. Behave in these ways, and you’ll be treated as an equal part of the community. At least in principle.

Of course, there is something to be said for upholding shared values where they maintain human rights, including safety and the right to work. But beyond that, the details — such as the right to refuse a handshake — are being used against El-Sakka as a scapegoat to maintain the status quo.

It is also impossible for a woman to discriminate against a man on the basis of gender within a patriarchal society.

In May this year Muslim schoolboys in the town of Therwil, Switzerland, asked to be exempt from shaking a female teacher’s hand on the grounds of it going against Islamic teachings. They were told they would either have to shake her hand or have their parents pay up to CHF 5,000 (just under £4,000).

The school allowed the exemption on the condition that the pupils wouldn’t be allowed to shake either male or female teachers’ hands. In this case, male students refusing to shake a female hand also enforces patriarchal power structures: something impossible for El-Sakka to do through the pure fact of her being female. The boys were granted their right to choose their own means of greeting. El-Sakka left her job.

In Therwil, public discussions that followed focused on the perceived threat to Swiss culture. “Today’s it’s the handshake and what will it be tomorrow?” asked Felix Mueri, a member of the Swiss People’s Party, in an interview with news site 20 Minuten. Swiss Justice Minister Simonetta Sommaruga echoed the sentiment, telling broadcaster SRF that “We cannot accept this [the exemption] in the name of religious freedom. The handshake is part of our culture”.

The handshake in both these situations is being used as a scapegoat to hide the wider fears of the unknown; of losing control over ‘the way things are’. This faceless threat is what allows unequal power structures to remain as they are for as long as it takes to dissolve them.

Change is inevitable when working towards equality for minority groups. Things like a child or an adult woman having the right to decide whether they’d like to shake someone’s hand or not is one of these minor things that might change. This choice may affront those who value handshakes, but opens up possibility to engage in new cultural dialogues; to work towards making words like ‘intersectional’ a given, rather than a goal.

Fardous El-Sakka being told she needed to compromise her values to keep her job is a feminist issue. It is also a religious and cultural issue. The fact she is a Muslim woman who refused to shake a man’s hand is not an inconsequential detail of what was perceived an offhand act of rudeness. The man’s privilege in calling her up and ultimately pushing her to leave indicate really, how much work there is still left to do: even in Sweden.

Image by Nicole Mason, from Unsplash. Used under a Creative Commons Zero licence.

Image is of a woman of colour staring through glass at the viewer, whose eyes are obscured by a splash of white paint.