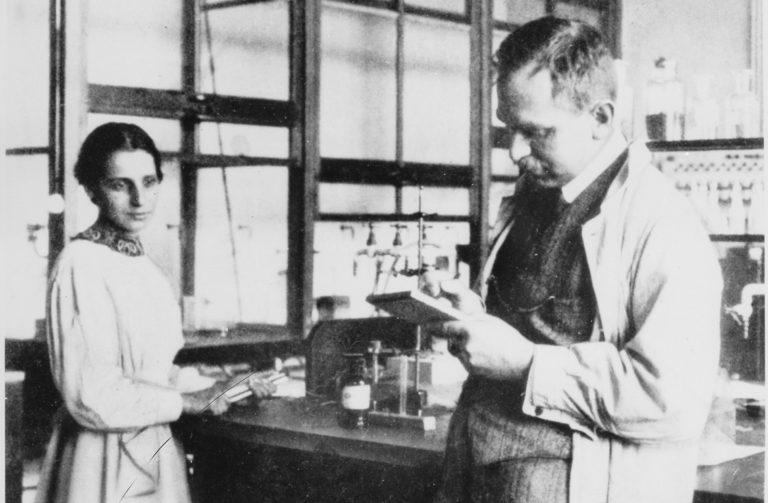 Women in science and on the stage

This is a guest post by Molly Freeman, Artistic Director of the Smoking Apples Theatre Company. History is full to the brim with exceptional women in science. Women who have made ground breaking discoveries. Women who have bravely pioneered change. Women who have shaped the world that we live in today. Champions of chemistry, physics, biology and mathematics and all too often relegated to the footnotes of history as someone’s colleague, wife or girlfriend.

And it’s not just history that’s the problem. Currently, in the UK, women make up just 12.8% of those in science, technology, engineering and mathematics jobs. In 2014 78.9% of the students sitting their A Level Physics Exams were boys. Last year Nobel Laureate and biochemist Tim Hunt said at the World Conference of Science Journalists: “Let me tell you about my trouble with girls. Three things happen when they are in the lab: you fall in love with them, they fall in love with you, and when you criticise them they cry.”

There are many obstacles to the advancement of women and girls in science, including maintaining a work-life balance, a lack of role models and unconscious bias all neatly stacking up and seemingly refusing budge all the way from school level to postgraduate and beyond.

To counteract all this today is Ada Lovelace Day, a day marked out to both celebrate Lovelace (known as the “first computer programmer” or, rather wonderfully as “the Enchantress of Number”) and showcase all the fiercely smart women working in science past and present to the female scientists of the future.

So, with this in mind, let me introduce you to Lise Meitner.

Born in 1878 in Austria, Meitner was a naturally curious, highly intelligent child, keeping records of her research on reflected light under her pillow at night. Throughout her education, she continued to smash through the gender barriers raised against her, proving her worth as a scientist. In 1905 she received a doctorate in physics and in 1926 she became Germany’s first female physics professor.

Meitner’s Jewish heritage and the rise of the Nazis forced her to flee Germany and, in doing so, she lost her lab and much of her ongoing work, losing contact with her students and colleagues. But she did not lose her passion for the “battle for ultimate truth”, which is how she viewed physics. While in exile in Sweden, she received a letter from long-term scientific collaborator Otto Hahn, explaining that he had achieved the seemingly impossible, to split apart a uranium nuclei with a single neutron.

Meitner pushed this discovery further and, following many debates with her nephew Otto Frisch, concluded that the loss of mass that occurred from this process was due to the creation of energy, something undetected by everyone except Meitner. Nuclear fission was born, the basis of the devastating nuclear weapons dropped on Hiroshima and Nagasaki in August 1945 and nuclear energy today.

Meitner was a key part of the team behind one of the most ground-breaking and impactful scientific discoveries of our time, yet in 1944 the Nobel Prize in Chemistry for Nuclear Fission went solely to Otto Hahn. As nuclear fission began to be harnessed as a weapon of war, Meitner distanced herself from the infamous Manhattan Project, declaring: “I will have nothing to do with a bomb!” Her research led her to help develop one of the first peacetime nuclear reactors. Her headstone reads “Lise Meitner: a physicist who never lost her humanity”.

I am not a scientist. I make theatre for a living and to make a piece of theatre from scratch you require unflinching determination, total unwavering passion, a good deal of perspiration and, most importantly of all, inspiration. (Actually maybe science and making theatre aren’t so different after all.)

Lise Meitner is the inspiration behind my theatre company’s latest show New Clear Vision. It tells the story of ‘Kate’ an ambitious, brilliant, young nuclear researcher in the 1980s. As Kate delves deeper into her research she is confronted by an atmosphere of ‘nuclear fear’, the moral dilemmas of her potential discoveries and the sacrifices she will have to make to achieve them. We have an all female cast. We have a prototype puppet. We have a scene where we throw balloons at each other to the Eurythmics.

Devising a piece of theatre is a bumpy road and it’s still early days. One thing is for certain, however: this show will be a celebration of women’s achievements in science and an opportunity to shine a light on the challenges they face in our modern world.

Lise Meitner once said: “In nuclear physics we have experienced so many surprises that one cannot unconditionally say: it is impossible.” This is something for us all to remember, both my company, as we head towards opening night, and all the female scientists of the future.

The feature image is a black and white photograph of Lise Meitner and Otto Hahn in their laboratory which is in the public domain. They both lean against a bench in a turn of the century laboratory. Hahn is closer to the camera and is writing in a notebook. Meitner is little further away and holds a piece of equipment in her hands. They are both wearing overalls.

Image 2 is another black and white photograph of Lise Meitner which is in the public domain. She is standing in front of a lot of exotic plants in a hothouse. She wears Edwardian dress with a hat perched on top of her head. Her hands are clasped in front of her and she looks up and to the right.

Image 3 is a colour photograph from Smoking Apples Theatre company and shows a life-size human puppet, Kate, sitting on a chair made out of cardboard boxes. She has her legs crossed and looks as if she is relaxing. She wears a white lab coat.