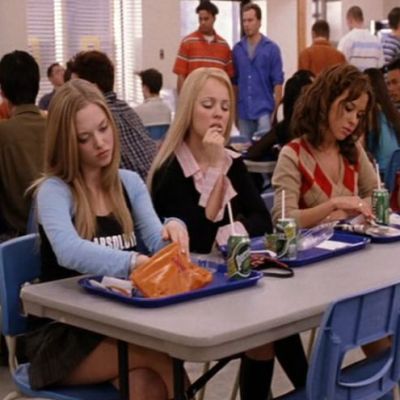 The author of this guest post has elected to remain anonymous to avoid the identification of her team and company. She works in media and advertising, and her interests include reading, box-sets, baking and board games.

I work in a department made up entirely of women. The rest of the company is a gender mix, so we are an anomaly; thirteen women headed up by a female director.

I told a friend in finance about my single-sex environment. She was shocked. “I could never work in a female team,” she said. I asked her why not. “Too bitchy. And women are too emotional.”

This surprised and angered me. I was sure my successful friend did not spend her day spreading rumours or gently weeping at her desk. So why would she expect wildly different behaviour from others of her sex?

There are a lot of negative preconceptions about women working together, and some of our new joiners admitted they were hesitant when discovering there were no men in the department. All-male teams raise no eyebrows, but groups of female professionals are often expected to be catty and two-faced. This is hard to disprove. As one of my colleagues told me, “When I say ‘my team aren’t bitchy’, my friends just say ‘well, not to your face…’”.

Female stereotypes can be used in conflicting ways to prove every argument – women love teamwork but they’re bitchy, they’re in tune with others’ emotions but they cry all the time, they’re caring but also manipulative.

We’ve come quite far in avoiding and, when necessary, calling out these assumptions for individuals, so why do they exist for female groups?

Many of those quick to make pronouncements on teams of women referred to school friendships. Between childhood experiences and popular culture we’ve been given a wealth of clichés in this area to draw from – mean girls, queen bees, ‘catfights’, stares in PE lessons.

People probably revert to this imagery because, historically, female teams have been a rarity. Even now we mainly see female-dominated environments occurring at the bottom of business structures, rather than at the top. While 57% of entry-level workers in my industry are women, this drops to just 25% at the most senior levels.

Other traditional female environments include the ‘Five Cs’ (caring, cashiering, cleaning, catering, clerical) and often the skills required for these are valued less. Do we devalue them because they’re considered ‘feminine’, or have women been encouraged to take lower-status ‘suitable’ positions?

Female sports teams are lauded maybe once every four years at the Olympics. In between we see very little promotion of these role models – barely any money or broadcasting space is spent on them. In over 50 years of the BBC Sports Personality Team of the Year Award only three teams have been all-female.

If we only have stereotypes about schools, ‘C’ jobs and entry positions to guide our assumptions then it’s no wonder views can be negative. They link women to youth, inexperience, undervalued abilities and unprofessionalism.

I love working with my team, and there is no cattiness, just support. When I gave a talk in front of 200 people my colleagues were in the front row, and a manager nominated so many of us for awards that she won one herself for citizenship.

I don’t believe that my gender has a monopoly on effective teamwork. But female departments can show positive traits without the connected ‘bitchiness’ that generalisations would have us expect. Also, without men there’s no pressure to label behaviours as ‘masculine’ and ‘feminine’. People can be assertive or unassertive without either being deemed a gender issue. Women can give orders without being ‘bossy’, or be quiet without being told to ‘lean in’.

My team is a spectrum of personalities, and we debate and sometimes disagree just like any other group of people working together in close quarters. Some of us wear makeup, some don’t; some run marathons, others prefer shopping. We are a spread of drivers, amiables, analyticals and expressives. Being all female doesn’t mean that we’re not a mix.

I often forget we’re all women. It’s only the gasps from others that remind me of how unusual our situation is. We’re often asked “what have you done with the guys?”. No, we haven’t consumed them with our vaginae dentatae or removed their heads post client discourse, it’s just that our specific discipline receives more female applicants.

But the shock of strangers does raise the issue of completing our diversity. Every environment benefits from a broad range of perspectives, and ours is lacking in one key area. Does my team prove how easy it is to settle into and perpetuate gender exclusion? We need to be careful we’re evening out the scales, and not weighting them the wrong way.

Ultimately I worry that myths about teams of women could put off applicants or hinder women’s progression to senior roles. Hopefully they can be overcome through visible positive examples, challenge and discussion. Personally, I’m happy with the wonderful women I work with. A team is good when its people are good, regardless of gender.