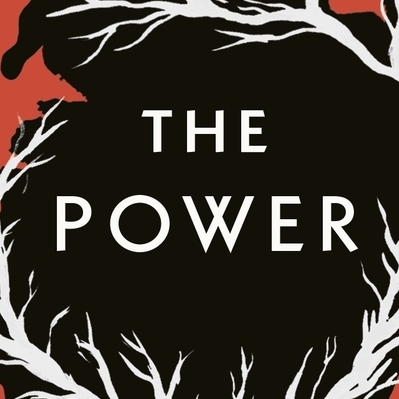 “What if the power were in women’s hands?” This question, asked in the blurb on the cover of The Power, Naomi Alderman’s latest novel, lies at the heart of the book. Well, at first anyway. In the world Alderman presents, women have the power to deliver electric shocks from their fingertips, from a small jolt to a force strong enough to kill. When this discovery garners global media coverage, it sparks rapid changes around the world.

The Power has already been compared to The Handmaid’s Tale, and there are some similarities between the two. Perhaps the clearest parallel can be drawn between the religious fanaticism of Alderman’s Mother Eve and Atwood’s Sons of Jacob. If The Handmaid’s Tale shows, as one of its characters Aunt Lydia says, what “freedom from” looks like, The Power illustrates what might happen when “freedom to” is given to women instead of men.

Through the novel’s changing world, we follow four characters: Roxy, daughter of a London gangster who soon finds herself in charge; Tunde, a Nigerian journalism student keen to make a name for himself; Allie, a troubled girl from the Southern USA who wants to be part of something bigger; and Margot, a New England politician with growing aspirations. As we journey with them, it quickly becomes clear that it isn’t so much the power that literally resides in women’s hands that raises questions, but what they choose to do with it.

When Tunde films a woman performing an electric shock on a man in a local supermarket with just her hands, the video gains international attention, and sees him hired by CNN to report further on how “the power” – as it is simply known – is spreading. Initially, he travels to countries where women are freeing themselves from sometimes brutal oppression, gaining entry to women-only spaces by offering publicity to their cause – a mutual bargain.

Through the novel’s escalating violence, Alderman shows the devastating effects of one group holding all of the power in its relationships with others, be they men or women

It’s hard not to share the women’s joy as they revel in their new freedom. As the novel progresses, however, we see men being treated with increasing brutality as women begin committing sexual assaults, raising other questions: are women any less predisposed to violence than men? Would things really be so different if they were in charge? Through the novel’s escalating violence, Alderman shows the devastating effects of one group holding all of the power in its relationships with others, be they men or women.

While Tunde’s narrative raises questions about unequal power relations, Margot’s is all about control. News channels initially regard the videos as a joke, but it quickly becomes clear that the footage is very real. For Margot, who is both a mayor, already an insider in the male-dominated world of politics, and a mother to two daughters, when the power is revealed the personal and the political collide. In trying to calm the growing panic, she clashes with her colleague Daniel, the state governor. After a mass of news stories reporting how teenage girls are using their powers to hurt and are showing older women how to use their own power, he expresses a solution of his own: “We’re going to get this test… We need to know for sure [who has the power]. You can’t have someone employed in government buildings who can do that. It’s like walking around with a loaded gun.” Seeking to soothe the citizens’ anxiety, Margot herself issues a memo: “The official line for now…is: abstinence. Just don’t do it. It’ll pass. We keep the girls separate from the boys.” The air of moral panic is at turns humorous and terrifying, and often uncomfortably resonant.

Alderman masterfully manipulates the boundaries between both truth and fiction and humour and horror. As the novel takes place in a world which so closely resembles ours, we are – for better or worse – forced to examine the parallels between the two. Perhaps this is most obvious in the way social media is used by the characters. Both Tunde and Mother Eve gather huge followings through vlogging, providing alternative streams of information to that offered by traditional mass media. While their messages are different, their motives are very similar to what we do on social media: seeking recognition of themselves or the issues they deem important.

A particularly clever addition on Alderman’s part is a pair of American news anchors who appear throughout the novel, discussing the latest news on the power. Their friendly banter breaks down as reports of conflict between men and women escalate:

“You’d tell me if you could do something like that, wouldn’t you, Kristen?”
“Well, you know Tom, maybe I’d like to keep a thing like that to myself.”
The news anchors’ eyes meet. Something unspoken passes between them.
“And now the weather on the ones.”

Each of their reports ends with this smooth, detached transition to the weather forecast. Despite its deployment to round off the discussion and gloss over any disagreement, Kristen and Tom’s clashes show there is no neutral position to speak from when it comes to gender politics, something which other characters’ experiences confirm.

The simple fact that the power emerges in a world that already has deeply ingrained notions of gender means that there can be no simple solution to unequal power relations between men and women. Equally, neither men nor women are left safe: both Roxy and Tunde experience disempowerment from a member of the opposite sex. Why do people use their powers to hurt others? Because they can, the narrative proposes: “That is the only answer there ever is.” Gender neither guarantees nor precludes power or the ability to use it to help or hurt.

The Power is, in many senses, a novel for our time, where issues around women and feminism are constantly debated, and where social media both keep us connected and feed endless attention-grabbing content. The book forces reflection, inviting an assessment of what power each individual has (electrical or otherwise) and how they use it. Alderman herself describes the novel as “fiction about a fictional thing”. It’s funny how fiction often leads us to back to considering reality.

The Power is published by Viking and is available to be purchased here.

The image is of the book cover, the background of which is red. At the top of the cover is a quote from Margaret Atwood over two lines with her name on a third line: ‘Electrifying! Shocking Will knock your socks off! / Then you’ll think twice, about everything’. Beneath this is a black handprint with a white branch-like pattern going round the outside and into each fingertip. In the middle of the palm of the handprint it reads “THE / POWER” over two lines in white font. Beneath this is the authors name in black capitals: NAOMI ALDERMAN.