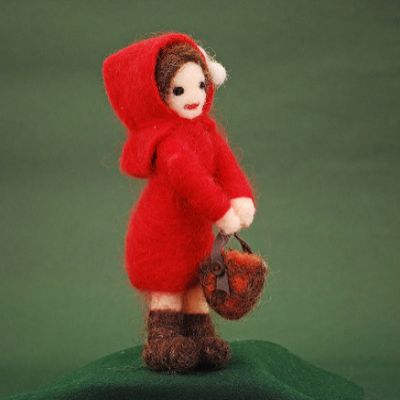 Travelling alone: the Big Bad Wolf is not on every corner This is a guest post by Jane Buffham, a thirtysomething daydreamer. She lives in a small town in Oxfordshire twinned with Cranford circa 1840. She *really* likes to travel.

In the gleaming foyer of a resplendent – if not quite tasteful – Delhi hotel is a 7ft hoarding for Chanel. In contrast with the hurly-burly of the chaotic street outside, it is an unexpected image.

The advert depicts an artfully dishevelled Kristen Stewart, heavily made-up eyes tearing, her chest and midriff exposed. She is alone and distressed and yet, captured in her black and white melodrama, she is wantonly defiant. It is a complex composition that – at the heart of its sales pitch – shows a picture of ferocious female independence framed within a dark and angry hedonism.

More Premier Inn than premier league, I’m not accustomed to shiny, opulent hotels as a rule. Standing in front of Kristen in my sweaty jeans and plimsolls, the prospect of buying $10,000 clothes is no more realistic for me than for most. The actual market for such attire, like the clothes themselves, must be miniscule.

This is not a critique on the dichotomy of the haves and the have-nots in the country. India throws into sharp relief the disadvantages of the poorest in society, but then so too does Rotherham.

Rather this is about a billboard conveying an image of femininity that sits in shadowy contrast to that of the real country beyond the brass-plated doors. Official guidance from the UK Government issued to women travellers in India reads like a list of magical rules the heroine of a fairy story breaks at her peril.

Don’t use buses, or taxis or auto rickshaws.

If you must travel the subway, stay in the women-only carriages.

Wear a wedding ring (even if not married).

Don’t half-undress yourself like Kristen Stewart and hang out in louche poses on billboards. The subtext screams: pay heed to these warnings or Big Bad Wolf will get you. It shouts that just to be seen out in the world as a woman is a provocation that must be avoided.

India is a beautiful if culturally complicated country, especially for women. The rape and murder of Jyoti Singh on a public bus in Delhi in 2012 caused shockwaves around the world, creating a perception of India as a dangerous place for us.

On my every visit, I’ve been warned about the Danish tourist raped at knife point in Delhi, about an Irish woman raped in Kolkata. These are vile attacks on the individuals involved. But these tragedies seem to have become appropriated as cautionary tales for all women to heed, as if a woman’s behaviour can invite or prevent an attack. The perception overshadows the fact that reports of rapes perpetrated by a stranger on foreign women, though horrifying, are extremely rare. Rape in India, as is the case in Europe and the US, is most often carried out by partners, friends or acquaintances of the victim. According to India’s National Crime Records Bureau, 98% of reported rapes in 2013 were carried out by someone the victim knew.

In India, I have never been cavalier about my safety, have never knowingly sought danger, and been cautious not to be provocative or disrespectful. And yet, upon retrospectively reading the UK Government’s Foreign and Commonwealth Office website, I have trespassed against every rule for women in the book.

I have wandered alone in night markets, searching out souvenirs and musical instruments I will never learn to play.

I have haggled ham-fistedly in craft shops with skilled salespeople who know how to exploit their advantage over clumsy British ‘politeness’.

I’ve explored the steaming narrow lanes of old Delhi, eaten alone in Dosa restaurants, and made fast and fleeting friendships on street corners.

I have defended with passion my unmarried status while I’ve ogled a man with Bollywood good looks on a train.

I’ve been solicited successfully many times by beggars and street vendors, all of whom have made me appreciate my privilege with an honesty and clarity far greater than any pretentious hotel.

None of these things makes me a pin-up of female derring-do. I am the very picture of a spectacularly ordinary woman sampling a culture different to her own, anonymously and without glamour. There is nothing heroic in paddling in the shallow-end of independent spirit.

Big Bad Wolves clearly exist, but they do not lurk on every corner. Women won’t stop attacks on women by staying indoors or following contrived rules, nor will we defeat misogyny by simply stepping out on our own. But when we venture forth with independence, not boldly and dramatically like Kristen, dripping with mascara and smoking sexuality, but with ordinary human curiosity and common sense, perhaps we begin to strike back against those bad wolves, real and imagined.

Image is of a handmade Little Red Riding Hood figure. Courtesy of temaki on Flickr