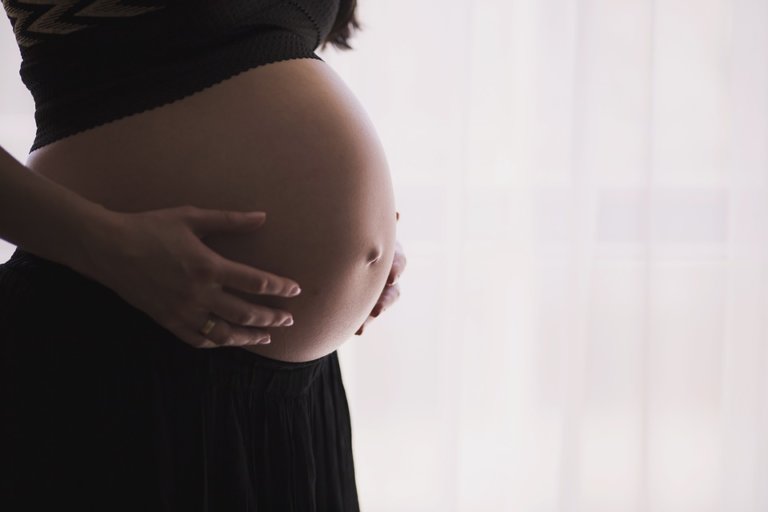 When wounded bodies give birth: what we ought to know My midwife told me about perineum massages a couple of months before my baby was due. She said that if I massaged my vajayjay with olive oil twice a day my chances of tearing during childbirth would drop by 70%. I was a super-nerdy pregnant lady so I got busy reading self-massage pamphlets, visiting websites and watching instructional YouTube videos. I was determined to be in that 70%. So when the day finally came around, tearing was the last thing on my mind. That bit was taken care of, I thought. Tearing? Nope, I’m good.

OK, you know where this is going. Far from being in that coveted 70%, I tore from one end right down to the other. I was totally unprepared for what tearing would mean for me, someone who’s experienced sexual violence. Just the thought of that rip was extremely distressing. If I hadn’t been so weak I might have been tempted to lash out and flee as quickly as possible.

Instead, I just sat there, clutching my baby a little too hard, muttering: “please give me something for the pain, please don’t touch me until I get something for the pain, please I need painkillers,” on loop to anyone within earshot. I’d made it through the whole labour on just a couple of sucks of gas and air, but the feeling that was now flooding my lower body was hauntingly familiar, and I knew I wasn’t going to be able to bear it.

I didn’t relax until I felt the prick of a needle in my labia and the numbness that followed. Six weeks of ibuprofen and paracetamol followed. I had a newborn and was desperate for sleep, but I set alarms to make sure I never missed a dose.

Let’s look at the numbers. Five hundred thousand adults in this country are sexually assaulted each year. Accurate demographic breakdowns are difficult to find, but international studies imply that the figure will likely include disproportionately high numbers of women of colour, LGBTQ+ women, and women who are disabled. The more marginalised women are made by society because of their ethnicity, disability, gender or sexual identity, the more vulnerable we become to sexual violence and the more likely we are to experience it.

This holds true for children as well, with 31% of young women reporting having experienced sexual abuse in childhood. That’s in addition to the 500,000 adults. Think about that figure, and then think about the 700,000 births that happen in the UK in one year. Our maternity wards must be full of bodies that are literally reopening wounds they’ve tried very hard to close.

Of course not all people who experience sexual assault will have physical tearing, and neither will all people who give birth. But the embodied triggers we can experience go far beyond this one example. In a recent article When Your Child is Your PTSD Trigger, Dawn Daum writes about the sexual abuse flashbacks she had every time she breastfed her newborn. Daum consulted a lactation specialist but was never asked about a history of sexual abuse so she didn’t bring it up.

And we simply can’t assume that people will bring it up. I’m a women’s rights activist, a social researcher and I’ve worked with women who’ve experienced sexual trauma. But I didn’t see this thing coming, and when it did, I was totally caught off guard.

As I settled into the comfort of my painkillers and looked up at all the bobbing gooey-eyed faces telling me how strong I was for withstanding childbirth, I was suddenly aware of how acutely alone and misinformed I’d been in the aftermath of my assault years ago and that realisation made me livid. How do you work through that anger when you’ve just been entrusted with the care of a tiny, perfect person?

Not once did a midwife ask me if I’d ever experienced rape, sexual assault, abuse or any number of other indicators that would tell her childbirth, and especially vaginal childbirth, could be a trigger for me

If I could have, I would have demanded why I didn’t get the same reassurance of how strong I was when I was ripped open by a man and not a baby. I would have asked where all the sterile cotton swabs and community nurse visits were the first time I felt this pain. And I would have asked why no one warned me about this. Not once did a midwife ask me if I’d ever experienced rape, sexual assault, abuse or any number of other indicators that would tell her childbirth, and especially vaginal childbirth, could be a trigger for me. No one fucking told me. And someone should have done.

Thankfully, more women like Dawn Duam are talking openly about this issue, which I believe will have a huge impact on where the conversation goes next. I’d love to see more health and social care professionals being equipped with an understanding of how to support adults in these circumstances, as they already do for children.

But for things to transform in the deep way society needs, we’ll first have to muster the courage to talk about trauma. We need to hear about the flashbacks that are associated with childbirth and we need to reframe the conversation away from fear. Only then can new parents, healthcare professionals and society more generally challenge this rarely discussed effect of rape culture.

Image of a pregnant person’s stomach in front of a white background. The individual is wearing a black crop top and black bottoms. The person’s hands are supporting the bump.