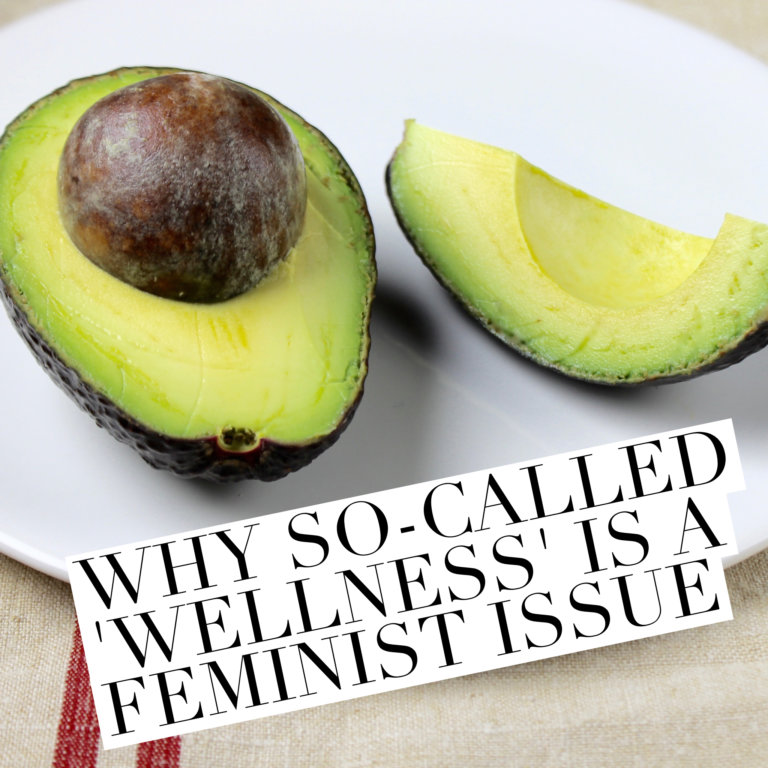 “Today women, as a rule, think all too little of the joys of eating. They hold lightly the treasures that should prove invaluable. They refuse to recognize that there is no less art in eating well than in painting well or writing well […]” – The Feasts of Autolycus, the Diary of a Greedy Woman (1896) – Elizabeth Robins Pennell.

In November 2013, Time magazine published its controversial ‘Gods of Food’ issue, claiming to introduce readers to “the people who influence what (and how) you eat”. Editor Howard Chua-Eoan defended their inclusion of virtually no female chefs on the basis of gender inequality in the food industry itself, rather than any editorial bias. Interviewed by Eater’s Hillary Dixler, he said: “Well I think it reflects one very harsh reality of the current chefs’ world, which unfortunately has been true for years: it’s still a boys’ club.”

With a cover featuring all-male chef superstars, and a mere a handful of women mentioned inside, the magazine caused outrage. If the representation is to be believed, restaurant realms are still distinctly masculine spaces in the 2010s.

Three years on, has anything really changed? We certainly don’t have a level playing field yet: only 46,000 of Britain’s 255,000 chefs, 18.5%, are women. But here’s the thing: there is actually much to celebrate today. As a wealth of talented women transform the industry, old-school machismo could be losing its cool. In the wake of older pioneers (think Rose Grey, Alice Waters or Margot Henderson), there’s an inspiring generation of young women taking over the food world. From Florence White, April Bloomfield and Selin Kiazim, to Lily Vanilli and Christina Tosi. I’m lucky enough to have worked in two such kitchens, under the hugely talented head chefs Anna Tobias at Rochelle Canteen and Juliette O’Sullivan at The Good Egg.

This makes it particularly frustrating that, even with such a growing pool of talent, this still isn’t where the focus lies when women do hit the food media. In fact, bestseller booklists and Instagram hashtags tell a very different story. It’s clean-eating ‘experts’ who hit the top spots, without a hint of the impressive women controlling our country’s kitchens. For example, Amazon’s bestselling books of 2015 included Deliciously Ella by Ella Mills (Woodward) at number three (also the fastest selling cookbook debut since records began) and Cook. Nourish. Glow by Amelia Freer at number 18. This year, Deliciously Ella Every Day by Ella Mills sits at number 13 and Clean Eating Alice by Alice Liveing is at number 11. Their influence is particularly notable: they represent not just the bestselling food and drink books, but sit within the top 20 across all categories.

Alongside the success of Deliciously Ella, 2015 was a year where Spiralisers were the bestselling kitchen gadget. It seems that Diet, ‘Health’ and, specifically, Clean Eating have become chief selling points – what began as an avocado-centric, courgetti-obsessed trend are now the default slant of (women’s) food in 2016. In contrast, Yotam Ottolenghi, Russell Norman and Nigel Slater – with their restaurant led or seasonal emphasis – lead the media charts for men.

Instead of equipping girls with the skills and creativity of cooking, we feed them a relationship with food that hinges on restriction

Instead of equipping girls with the skills and creativity of cooking, we feed them a relationship with food that hinges on restriction. Forget food’s ancient role at the heart of every culture: this is food as a tool to measure one’s bodily (and by extension internal) perfection. As Ruth Rogers of the River Café said earlier this year, “[clean eating] puts a kind of pressure on women to achieve something through saying no, through restraint”.

Our appetite for Clean Eating constitutes a dangerous and pervasive cultural shift. It’s not just the dubious scientific evidence underpinning advice that should worry us. Hidden behind a veneer of ‘wellbeing’, it celebrates obsessive control of the female body. The undercurrent of this is often an unspoken glorification of thinness – 1990s heroin chic or the millennial ‘size zero’ dressed up in the more palatable apparel of ‘health’. It’s a stealthy incarnation, often appropriating the seemingly positive language of innerness to articulate what is essentially another obsession with the external.

Worse still, Clean Eating insinuates an unnerving morality around food. As foods become ‘good’ and ‘bad’, we teach girls that who they are depends on what they choose to ingest (and, of course, it is girls who are being targeted by this trend). These ‘authorities’ on health have an attentive and impressionable audience: in 2015, a survey of 30,000 people for the Huffington Post indicated that the most health-conscious demographic was Generation Z (people younger than 20).

With tens of thousands of followers each, the clean eating gurus are selling far more than their recipes: it’s the dazzle of unachievable perfection they really peddle. At best, we could call it inaccurate evangelicalism; at worst, it’s deeply harmful marketing. And while men are certainly coming under unprecedented pressure too, this only makes the situation worse for us all.

It is worth noting that amid the incessant ‘eatclean’ hashtags, a backlash has begun. Several articles in the past few months have challenged the promises made by these health fads, with women including Nigella Lawson and Ruby Tandoh, vocalising their skepticism. But is this enough? We need a fundamental change in attitudes and a committed move to celebrating the many inspirational women in food. Food shouldn’t promise a magic solution to a different you. It should offer things of far more value: a daily opportunity for simple pleasure, the regular foundation of shared human connection and, for those women who choose to make it their career, real creative success.

Image of one avocado half and an avocado slice, with the caption ‘Why so-called ‘wellness’ is a feminist issue.’