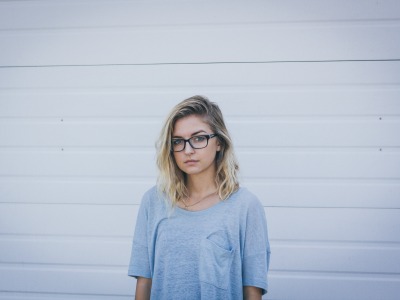 Bullying Melania Trump is not my feminism This is a guest post by Alice Spencer, who lives in a small town in Suffolk. She is the first in her family to go to uni and is studying English at UEA. She hopes to one day be a journalist

We were all tired of it months ago. With every analysis, high-profile blunder and conspiracy theory desecrating our newsfeeds, I think the US election has just about exhausted us. The woman with 30 years of political experience was beaten by the guy with none. It was crushing; it was soul-destroying. But while it’s difficult to understand how anyone could stand by him, it seems easy to conclude we should hate those that do, beginning with Melania Trump.

Hillary Clinton recently said “There have been a few times this past week when all I’ve wanted to do was just curl up with a good book and our dogs and never leave the house ever again.” And, honestly, I totally get where she’s coming from. Trump’s victory had a clear message for women in America and throughout the world: no matter how qualified you are, no matter how much experience you have, no matter how deplorable your opponent is, if said opponent is a rich, white male, chances are that he’ll win.

Let’s flashback to a few months ago to the UK leadership race. Andrea Leadsom was Theresa May’s main rival until she made a monumental slip-up in just four fatal words: “But I have children”. Leadsom apologised several times for this comment but ultimately she knew she couldn’t win after it.

Comparing Leadsom’s quickly-retracted motherhood comment with just one of the numerous terrible things Trump has said is telling about the margin for error we allow women versus men. The same gender-skewed margin which, regardless of how you feel about her, we’re guilty of inflicting on Melania.

Trump’s biggest clanger was inevitably his brag to the equally shady Billy Bush: if he sees an attractive woman, being a star allows him to “grab them by the pussy”. Trump half-apologised for this comment, if apologise means deflecting criticism onto Bill Clinton. Despite what the polls said, this remark didn’t really damage Trump’s overall popularity. Even worse: some tried to justify it.

One of these justifiers was, naturally, his wife. Seemingly the kind of “Tammy Wynette standing by her man” that Hillary Clinton detests, Melania dismissed Trump’s comments as “boy talk”.

The most disturbing thing about all this though is the abuse both Melania and Ivanka Trump have received from other women since the election result. I think we’ve all felt like Hillary Clinton since Trump’s victory. In this state it’s easy to lash out and Melania Trump is the obvious target. She was for Gigi Hadid. At last month’s AMAs, the model impersonated the next first lady while presenting an award, imitating her European accent and plumped-up lips.

On one level, I can understand Hadid’s frustration. A vote in favour of Donald Trump seems in favour of a more familiar kind of femininity represented by the Trump women and thereby a rejection of the uncomfortable, “nasty” type represented by Hillary — the type that challenges and questions. But moving forwards femininity can’t continually be defined as us and them.

If anything, I’m surprised it took an election for us to realise that a seemingly forward-thinking society doesn’t want a woman at the top. This is the same society where a sizable amount of coverage of Clinton’s recent comment was about her bare face.

The dialogue about women isn’t going to change if we continue to fall into the trap laid out for us by the tabloid press which pulls in readers by pitting women against each other. It seems strange to me how the level of anger directed at Melania Trump for justifying her husband’s behaviour doesn’t equate to the anger at Trump for acting the way he did; people still voted for him. There’s still an understanding out there that the boundaries of what is acceptable for a man are more lax than for a woman. That won’t be changed by attacking a woman who now has the influence to challenge this attitude.

Melania Trump stated that her cause as first lady would be to tackle online bullying, much to the scorn of those who pointed out that her husband was the biggest bully of all. Admittedly, I was one of those scorners. But if Melania Trump stays true to her word she could be instrumental in helping women move forwards.

Feminism has long been misunderstood as a hostile term. At its root it means equality. Why does ascribing to a more traditional, long-haired, dress-wearing femininity mean you can’t be a feminist? Hillary Clinton graciously said immediately after conceding victory that we have to give Donald Trump “a chance to lead“. I believe we should do the same for the Trump women and this begins with not bullying each other. That glass ceiling is going to be harder to break if we’re divided.

Image is of a blond woman with glasses, looking thoughtfully into the camera as if considering a difficult topic. Her pale blue t-shirt is almost the same colour as the wall she stands in front of.