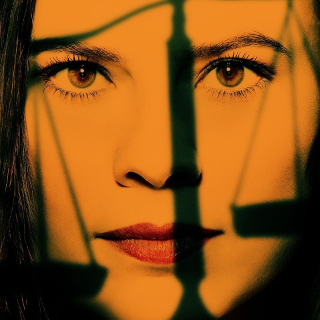 Conviction stars Hayley Atwell as Hayes Morrison, former first daughter and current hot mess. After being arrested for cocaine possession, she is given a choice by her former love interest, D.A. Conner Wallace, played by Eddie Cahill: either head up the new Conviction Integrity Unit (CIU), established to look at unsafe and disputed convictions, or face charges of intent to supply cocaine, right in the middle of her mother’s campaign for the Senate.

The pilot is enjoyable, along with the couple of episodes I’ve watched since. However, I also find it very formulaic. Morrison picks a case, usually for an ulterior motive, and her team do most of the groundwork. Morrison has a run in, either with Wallace and/or a member of her family, then has a brilliant idea that breaks the case. It does work but I figure out the ending almost every time.

The first case is a man named Odell Dwyer, convicted seven years earlier for the murder of his girlfriend. Morrison takes the case as Dwyer is a “good looking poster boy” who will give Wallace the happy ending he is looking for. It seems to me that much of the evidence the team look at should have been considered seven years earlier. However, in a post-Serial and post-Making a Murderer world, it seems a lot easier to believe such details were missed and the police have simply found a suspect and made the evidence fit.

The strongest aspect of this show is the cast. Atwell is charming as the troublesome Morrison, who is equally convincing as a brilliant legal mind as she is as the daughter who keeps screwing up. Cahill is excellent as both Morrison’s boss and ex who she obviously still has feelings for. Their chemistry together is sizzling (though, to be fair, I think either of them could have chemistry with a lamppost if required).

She likes causing trouble, throwing people off balance, often to make them uncomfortable and sometimes to get something from them

Morrison behaves as if she has been told to behave a certain way all her life and has now decided to stick two fingers up to everyone who expects her to. She likes causing trouble, throwing people off balance, often to make them uncomfortable and sometimes to get something from them. Other times, it’s just to keep reminding them that she’s not going to do what they expect of her, especially men. She uses her sexuality, not because she wants others to want her but because it throws them off balance. In the pilot alone, she flirts with Wallace while he’s threatening to charge her with cocaine possession and only half-jokingly offers to flash her boobs at a police officer who she wants evidence from. When Morrison’s mother demands her presence at a fundraising gala, she sends dresses for her to try on, in an attempt to ensure she is dressed appropriately. The dresses arrive during a staff meeting and Morrison thinks nothing of stripping down to her underwear and trying on the dresses in front of her team, remarking that they probably all saw paparazzi pictures of her on a nudist beach. She appears to like that it makes her staff uncomfortable.

One of the things I love most about this show is the supporting cast. I’ve adored Merrin Dungey since her Alias days, and she is perfect here as lead investigator Maxine Bohen, who is completely unimpressed by the former first daughter. She’s one of the few people to challenge Morrison in the first episode, and makes a very good Scully to Morrison’s Mulder.

I also really enjoy Emily Kinney as eager-to-please paralegal, Tess Larson. Again, I was a fan of when I saw her in The Walking Dead and it’s nice to see her play an adult. As a Killjoy’s fan, I know it’s technically not Shawn Ashmore who plays Johnny Jaqobis, but his twin brother Aaron. However, it’s close enough that I’m delighted to see him and think of Johnny every time he’s on screen, which is probably just as well given that his character is a bit bland. This is supposed to be the man heading the CIU and, honestly, you can tell why Wallace went with Morrison when he had the chance. The team is rounded out by Manny Montana as the excellent Franklin Cruz, the team’s forensics specialist. However, I do find myself side-eyeing the show for the fact that the only man of colour on it has someone he cares about in prison, with hints that he has his own criminal past.

Bess Armstrong is spot on as Morrison’s Hillary Clintonesque mother, with similar hair and a cold, calculating manner. She tells Morrison that failing at her new job and being prosecuted for cocaine possession by Wallace could be played for public sympathy for her Senate bid. It is also the turning point in the episode where Morrison starts to take a good look at herself (although it is perhaps a bit much to have Morrison literally have a good look at herself in a window). The turning point of Morrison finally seeing she has no chances left does feel somewhat tropey, but both Atwell and Armstrong sell it well.

I’ve seen this show described as being like a Shondaland show without Shonda Rhimes, and I think that’s accurate. One element of the show that I would, nonetheless, criticise is that the women are not as complex as I would expect from Rhimes as a producer. Also, with the exception of Merrin Dungey, they are all white. However, if you like Grey’s Anatomy, Scandal, or How to Get Away with Murder, this show is definitely for you.

You can watch the remaining episodes of Conviction on Sky Living.

The image is a close-up of Hayes Morrison facing the camera directly. She is not smiling and is lit in a golden yellow hue. A shadow of the scales of justice falls across her face, slightly off-centre to the right. Under her chin in capital letters, the white text reads: “FOR THE WRONGLY CONVICTED THERE’S ONE LAST HOPE.” Under this, the word “CONVICTION” is written in larger capital letters, which are yellow at the top and fade to orange at the bottom, with a black line cutting each letter in two at an angle. The image is used under fair dealing.