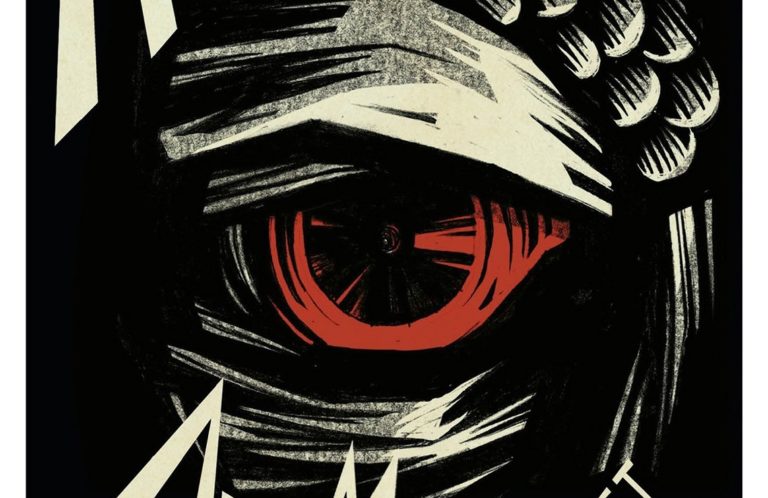 Hag-Seed by Margaret Atwood is one of a series of novels in which famous authors reimagine Shakespeare’s plays as part of the Hogarth Shakespeare Project released to commemorate the Bard’s 400th anniversary. Hag-Seed reworks The Tempest, a play full of racism, misogyny, rape attempts, enslavement, dispossession and vast amounts of screaming patriarchal entitlement. With all this raw material to critique, twist and rework, I was expecting Shakespeare to get a well-deserved bashing from feminist legend Margaret Atwood. Initially, I must confess to being slightly disappointed. It’s clever in a gentle and neat way, entertaining and readable, but does no ripping or roaring. At the centre of Atwood’s tale is Felix, who is, or at least sees himself as, our Prospero. He is the artistic director of a famous theatre festival (based on the Shakespeare festival in Stratford, Ontario) and is planning an avant-garde production of The Tempest in which he himself will take the starring role. However, before he can stage his experimental play, he is sacked and replaced by the conniving Tony, the novel’s answer to Shakespeare’s Antonio. Humiliated, Felix goes into hiding in a shack in a farmer’s garden under the name of ‘Mr Duke’, where he fantasises about getting his revenge on Tony. Mr Duke takes on a job running a literacy programme for prisoners at a nearby prison, and when a group of top politicians decide to visit, including arch-nemesis Tony, he decides the inmates will put on a production of The Tempest. Just as Prospero used the spirits of the island to molest his enemies, Felix slowly reveals that he will use his goblins (the prisoners in ski masks) to terrify Tony.

As Felix’s unknown revenge on Tony inched closer, I wondered what Felix had planned, and to what degree he was willing to sacrifice his pupils and their futures to achieve it

Atwood sticks closely to Shakespeare’s play, and you really need a good knowledge of The Tempest to enjoy the irony and word play in the novel. Atwood gently sends up the tradition of the modern and ‘challenging’ reinterpretations of Shakespeare plays that have become the norm for established companies like the Royal Shakespeare Company, with descriptions of Felix’s bizarre theatrical choices that have little or very arbitrary justification behind them. Like Prospero, Felix is an introverted genius who has left practical matters like grant applications and networking to Tony, unknowingly paving the way for his own demise. As Felix’s unknown revenge on Tony inched closer, I wondered what Felix had planned, and to what degree he was willing to sacrifice his pupils and their futures to achieve it. He is, like Prospero, a selfish man of dubious morals, but somehow, as the narrative is driven by his perspective, Atwood makes us like him at the same time.

Other adaptations of The Tempest, such as Prospero’s Daughter by Elizabeth Nunez, have reimagined the play from a post-colonial point of view, highlighting the racism and sexism of Prospero’s regime by looking at the story from the perspective of characters like Caliban and Miranda. However, Atwood draws on a popular interpretation that Shakespeare’s Prospero is a reflection of his author, as he scripts and directs the action of the play from within the play. In this light, Prospero’s ambivalent character reflects questions of artistic responsibility rather than of human rights. In Hag-Seed, Felix sees himself as Prospero, casts himself as Prospero and is totally sympathetic to Prospero’s actions in the play. There are, however, voices in the novel that question Prospero’s actions, casting a shadow on the character of Felix. One of the weaker elements of the novel is the way in which Atwood uses the prisoner’s responses to exercises in their literacy programme to voice alternate ideas about the play. In a discussion on Prospero, the inmates insist that he is a bad man.

“Plus he’s a slave driver,” says Red Coyote.
“Not just with Caliban, he’s got his foot on Ariel too,” says 8Handz. “He threatens him with that oak tree. Permanent solitary. It’s inhuman.”

I found these episodes contrived and obvious, and felt these class discussions lacked depth. The prisoners’ voices seemed like platforms for opinions, rather than actual characters. The prison literacy course doesn’t only appear in the novel because of themes of imprisonment in The Tempest. These classroom conversations chart a development in the prisoners’ attitudes as they begin to empathise and explore multiple points of view. Atwood was keen to show the importance of programmes like this in real life, and how much difference they make. While I agree with Atwood in terms of the power and necessity of such programmes, I found the inclusion of this theme awkward. Surely, the ways in which Felix is helping the students on his course, do not justify his taking advantage of them for his own personal revenge?

Through Felix’s ghost daughter, Atwood makes the point that characters like Miranda – meek, obedient, virtuous and existing only in relation to the men around them – are not real, existing only as the products of patriarchal fantasy

Atwood’s treatment of Shakespeare’s rather unexciting Miranda is interesting, however, as through this character she explores, and subverts, patriarchal ideas about women. Felix realises that none of his male prisoner-pupils will want to play Miranda because, “She’s a girl, and a vulnerable girl. Any man playing her would lose status in a disastrous way.” When Felix had cast this part to a woman years before, he viewed it as a real prize. Here prison politics casts a magnifying light on women’s place in this play. No one in life, Atwood suggests, should willingly take this role. The role of the ideal woman or daughter (as defined by Shakespeare) represents subordination. Miranda is dull, she is a daughter and a love interest, and that is all. Felix’s daughter Miranda (yes, he called his daughter Miranda in a pose of self-conscious theatricalism) died when she was three. Felix imagines Miranda living with him in his exile, envisioning her as the perfect daughter for an aging father. She stays out of trouble, out of his way, and agrees with everything he says. Like the Miranda in Shakespeare’s play, who Prospero puts to sleep when he wants her out of the way and controls with magic, this ghostly Miranda appears only when her father wants her. Sometimes Felix forgets she isn’t real.

For me the depiction of Miranda is the most interesting element of the novel. Through Felix’s ghost daughter, Atwood makes the point that characters like Miranda – meek, obedient, virtuous and existing only in relation to the men around them – are not real, existing only as the products of patriarchal fantasy. For his prison production of The Tempest, Felix casts an actress and dancer called Anne-Marie. Because of her girlish body, and large innocent eyes, Felix is constantly surprised that she is not like the imagined Miranda of the play, or his imaginary Miranda at home. A YouTube video of her dancing shows her strength, rather than delicate grace. She eats burgers, drinks beer, swears and has a tattoo alluding to a joke about oral sex. Anne-Marie insists that her character Miranda is not just a body to be bartered, raped or bewitched. By bringing a feminist voice to class discussions, this character facilitates Felix’s redemption as he realises that he values all the surprising parts of her that don’t fit into the Miranda mould. Surprised by her talent, Felix is at first resentful as she begins to take a co-directorial role in the prison production, but soon he is able to appreciate her contribution. This movement is key to the redemptive mood of the novel as we see Felix with the potential to have been an interested and facilitating father, rather than the neglectful and selfish one that he was, even to an imaginary daughter.

I was wrong, I think, to be disappointed with this novel. It is compelling, clever, and, true to Shakespeare’s late plays, tender hearted. Though Felix insists that The Tempest is a play about revenge, by the end of the novel Atwood persuades us it is clearly much more about forgiveness. I wanted the novel, with its aggressive title, to be a much-needed revenge on Shakespeare’s patriarchal Prospero, but through the flawed but redeemable Felix, Atwood rehabilitates Shakespeare’s play. The question is: does Shakespeare, a mainstay of Britain’s education system and tourism, really need rehabilitating?

The image is of the book cover with the central image of close up of an eye on a black background, where the eyelid around the eye itself is sketched in black and cream and the eyeball is red. The text on the book cover reads “HAG-SEED” at the top in cream lettering, curved around the top of the eye image. At the bottom of the page is the author’s name “MARGARET ATWOOD” also in cream lettering and curved to fit around the bottom of the eye image.