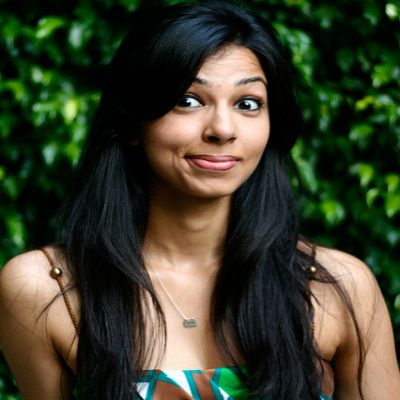 In praise of funny women Catherine likes funny stuff and thinks women are awesome. You can find her tweeting about cute things and chocolate @SupahGinjaNinja

It’s 2016. So why, for the love of God, do some people still think that funny women aren’t attractive? I say this after watching a recent episode of First Dates, a show that usually brings me great joy, offering a chance for love hopefuls to unite under Fred the maître d’s twinkling French eyes. There was one particular scene in this episode, however, that actually made me really sad. After a seemingly successful date, the amusing Marie was left somewhat deflated when Davin said he didn’t see things progressing. In her next talking head segment she then became slightly tearful, saying “I’ve been in those positions before, where men have been like ‘oh my god I really like you… but I just wanna be your friend’. But there’s only so many times you can hear that… it’s hard”.

Even the blurb about this couple on Channel 4’s website is troubling: “Can meat-loving teacher Marie control her sledgehammer wit when she finds out that her date, Davin, is a vegan?” Erm, what? The fact that ‘control’ and ‘wit’ are used together in reference to the hilarious and charming Marie is so upsetting. In fact, if you listen really carefully you can probably hear Joan Rivers turning furiously in her grave.

In one of Marie’s first appearances on the programme she shared her feelings about her love life. She said: “I think the problem is that I fall into the funny girl bracket; I’m not very good at being all sexy. I’m not that person”. Those first few words made my head snap up from idly scrolling on my phone and really listen, as I could sympathise with Marie a little bit. From the age of about 11 I had felt the same way: I knew I could be pretty loud and had quite a weird sense of humour, and I worried that these traits would make me unattractive to men.

So, when I finally met my now-boyfriend I was terrified. I say ‘finally’ because we had been emailing each other every day for a month. I had contacted my university’s radio show about speaking on a film podcast, he got back to me and it pretty much went from there. As I was leaving the house to meet him face-to-face, my friend said with a gentle smile, “just don’t… just don’t, you know… be yourself too much”.

This wasn’t meant maliciously. She was just trying to help me seem more serene and refined, something that Marie is also aiming for: ‘‘I’m trying to be a lady. I’m gonna try not to get salmon all over my chops”.

But, as a result, I was practically silent. Horrified at the thought of saying something I would regret, I basically nodded lots and gave the odd quite creepy smile – so much so that one of his friends later commented he thought I was too quiet for it to last. I asked my boyfriend before writing this if that initial meeting had put him off. He reminded me that many of my emails had been written in all caps and I would talk mostly about how much I loved tiny cute things and wanted to eat them. He had an inkling that I was nervous.

Sometimes it feels like other women are subconsciously (or consciously) holding themselves back too. Watching the fantastically funny, friendly, warm, kind Marie think for even a second that Davin’s rejection was anything remotely to do with her sense of humour was almost too painful to bear.

Whatever gender you are, there is the cliche that when dating you should ‘be yourself’. But it feels like there’s a lot of pressure on women to not be ourselves at all. If we discuss our new promotion over dinner, we can worry that we will come across as conceited or cocky. If we talk about how hilariously shitfaced we got the night before, we can worry we will come across as too blokey, too ‘loose’, too lacking in self-respect. If we casually mention that yes, one day we would love to be married with kids, we can worry that we will seem desperate, lacking in ambition and keen to trap the first man we meet.

We are currently surrounded by some of the best female comics for years. We have Amy Schumer telling us humorous anecdotes about her sexual exploits. We have Lena Dunham, baring her full body with no shame, no cover ups and with total honesty. We have Ilana Glazer and Abbi Jacobson in Broad City, whose characters go about their lives as twenty-something women in New York, being unabashedly themselves.

Being yourself is important. Being the funny woman that you are is essential. Women like me and Marie from First Dates should continue to look to the Katherine Ryans and the Aisling Beas of the world for inspiration, and remember that there are few things as attractive as a razor sharp wit and a proper throaty laugh.