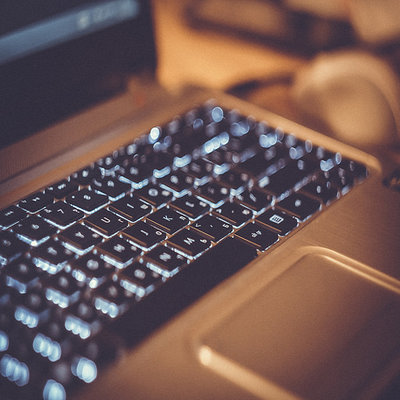 Depending on who you ask, the act of taking a photo of oneself might be radical. Taking or not taking, posting or not posting, publically or privately, are significant and loaded actions about our identity and our attitudes towards ourselves. There is no doubt, then, that the act of taking a selfie – literally reclaiming your own image – can have a powerful effect. Capturing a version of yourself, to be released on to the unforgiving terrain of the internet, is an action fraught with significance. It’s hard to argue however, that it isn’t often rewarding, when friends or strangers respond positively.

But when it comes to selfies, there’s a line young women must not cross. Women who are deemed to take too many selfies, who rely too much on this form of validation, are often shamed or silenced. Take, for instance, the much-publicised, and decidedly creepy response a pair of male baseball announcers took when seeing a group of teenage girls in the audience talking photos of themselves.

Or, closer to home, this terrifying Daily Mail article in which the headline reads, “Take a lot of selfies? Then you may be MENTALLY ILL”. Ignoring for a moment how offensive, insensitive and triggering this headline could be, it’s clear that mainstream media has decided that selfies have been aligned with negative personality traits. We live in a society that prizes aesthetic beauty, but shames any enjoyment of it. It’s an attitude that reaffirms – if there were any doubt – that the way we present ourselves on the internet is, under no circumstances, our own business.

We live in a society that prizes aesthetic beauty, but shames any enjoyment of it

In defiance of this attitude, there is an online community which takes the business of selfies very seriously. The group exists on Facebook, although the founder has asked for it not to be named so the group would not be disrupted, which is probably telling of broader attitudes towards online selfies. Members of this group have the opportunity to post selfies, usually accompanied with a short bio about what they’re wearing or how they’re feelings, sometimes even why they’re posting. There’s no obligation to post, however – members are more than welcome to take a passive approach.

There are some inherent difficulties in openly discussing a community that, by its very nature, wishes to instil in its members a sense of confidence, inclusivity and sensitivity by operating anonymously and privately. Started in Leeds at the start of this year by student, Annabel, it operates through an invite-only policy where members invite those who they feel would benefit. The group has since grown to 934 strong in membership.

On beginning the project, Annabel says: “Basically, it all began because I had loads of really great selfies, but no-one to share them with. I could feel both my Twitter feed and parents getting sick of my ridiculous photos being thrust upon them, and figured there must have been others who were in a similar predicament”. This is a somewhat modest appraisal of the group, and Annabel goes on to outline deeper motivations when she says, “I think what is really nice and unique about the space is how genuinely kind everyone is to each other…. Building self-confidence is a process that you have to do by yourself, for yourself, and so I think the community created, where you are praised equally for graduating, surviving a shitty mental health week, doing good eyeliner, etc. is a lot more constructive than posting a selfie on the Internet normally”.

I’ve been part of the group for several months now, and my initial scepticism was eroded by a near constant supply of posts from people who might feel up because they’ve got a new job or they’ve done their hair, or down because they’ve ended a relationship. It’s the talking through of members’ experiences and the recognition from peers that these do matter and do affect how they feel which makes the group so special.

When I spoke to Annabel about the group, her message was unapologetic – people should not be shamed from taking selfies. Although cis and heterosexual men are not excluded from the group, the admins ask members to remember, “who the group is really for”. This is to say people for whom posting photos of themselves online can be a difficult act, because of their vulnerability to negative comments on their sexuality, gender, race or disability. The space aims to be both safe and nurturing, undisrupted by the sort of narratives which exist to belittle or silence minority voices.

It’s about visibility as much as it is about sharing. Other ground rules include the avoidance of gendered language and the insistence on use of trigger warnings where necessary. It’s social media with common decency, a conscience, and the prioritisation of marginalised groups. The majority of the group’s posting members are young women and non-binary people, and it’s not difficult to imagine why, given the safety of those groups in wider society.

There are pressures from all angles to have perfectly curated online presence, whether that be from peers, employers or other people’s perfected Instagram accounts. Yet, any acknowledgement that care or effort has been taken to outwardly present well is greeted with accusations of vanity or narcissism. In other words, performance in which ‘validation’ is quantifiable and critics can be everywhere. One interviewee touched on this when they said that, “the concept of mainstream social media is to tailor your life to what people want to see … but [the group] is a place that nurtures self love which I don’t think mainstream social media does to the same extent”. Social media platforms such as Instagram and Facebook become a complex performance of hide and reveal, making it a difficult space to engage with whilst trying to navigate these online pressures.

There’s no denying that this is a nurturing online space, but should we worry that young people are seeking their support from online communities? Internet validation is a double-edged sword: there’s a risk that those seeking support find a home in private groups, rather than formal mental health support, which could result in vulnerable people slipping through the net and ending up in hidden corners, rather than accessing established services.

Internet validation is a double-edged sword: there’s a risk that those seeking support find a home in private groups, rather than formal mental health support

The cynical view might say that the group is just a different platform for the same destructive validation games, which characterises much of millennial culture and exacerbates low self-esteem. Whether that is the case or not, the interviewees were unanimous in their response that this works for them now. Words like “empowering”, “liberating” and “inspiring” occur frequently in the group.

Although these words denote somewhat abstract concepts, there’s real evidence in these groups of tangible positive experiences, whether that be the confidence to go out in drag makeup, or no makeup, or to just go out at all. This project is about pushing back at the idea that other people can’t tell you how to feel better about yourself; these small boosts are just as important as the bigger ones.

Image of a laptop in dim light.