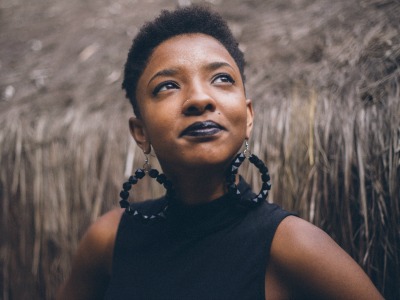 This is a guest post by Rachel St Clair, a Glasgow girl living in Brighton. She’s a performance artist currently moonlighting as a flight attendant.

As a single woman, I’m no stranger to frequent discussions regarding my love life or lack thereof. If you have been single for any length of time then you will know what I mean.

These discussions are hardly ever instigated by myself but they more often than not end the same way – with me trying to justify why I am single, regardless of whether or not this information is anyone’s business.

Only recently I had one of these dreaded conversations with a male colleague of mine who, even after I had justified my situation with the usual explanations that now effortlessly roll off the tip of my tongue – “The time has never been right, and I guess I just like my own company. I can’t imagine myself in a relationship”– stared at me with an expression I have come to know so well. As the years go on, that mixed look of perplexity, amusement and pity I get when I tell people of my marital status only seems to become more and more caricatured and grotesque.

But the truth is that although I am alone, I don’t seem to be the only one. The Office of National Statistics released data in 2015 which indicated that 51% of people in England and Wales are single, with the numbers of those living in singledom up 3 million in a decade. It is somehow comforting to know that I am not alone and yet these numbers seem strange. In a world where potential dates are determined by a simple swipe to the left or right, why is it that so many of us have remained alone?

My personal stint with Tinder was fairly brief, lasting around 8 or 9 months in total. I found building my own profile exhausting, trying somehow to create the perfect profile of the kind of woman someone would want to date. There seem to be so many rules regarding how to create the perfect Tinder profile: don’t post too many selfies unless you want to look narcissistic, don’t post tit pics unless you want people to think you’re a slut, don’t send a message to someone after 10pm on a weekend unless you’re looking for an instant hook-up. When I deleted the app I felt relief and I think this was probably the same moment that I realised I enjoy being alone. Creating a Tinder profile was only a means of conforming to the perceived role of the modern single woman.

Popular culture is littered with societal perceptions of how the single female should behave. After all, if you’re not a Samantha from SATC, then you’re a Bridget Jones. If you’re neither then you’re probably more closely linked to Dickens’ lonely spinster Miss Havisham. Or so they would have you believe, because if you’re not promiscuous, desperate or lonely or a combination of all three, how can you really identify as a single woman? Such is the stigma attached to the lone female.

These stereotypes are pervasive and they exist in conjunction with and to strengthen a culture that is fixated on controlling women to behave in a way that it deems acceptable.

What if you don’t see yourself as any of these characters, as I’m sure most single women do not? What are the consequences you might face? Well, you’re probably no stranger to conversations similar to the ones I have already described.

I’m left wondering whether the pity I receive as a single woman would be quite so abundant if I were male. I am reminded of a quote by Chimamanda Ngozi Adichie in her short yet powerful publication We Should All Be Feminists in which she acknowledges that

…a woman at a certain age who is unmarried, our society teaches her to see it as a deep personal failure. And a man, after a certain age isn’t married, we just think he hasn’t come around to making his pick

She is certainly right. The double standards reflected by society when it comes to the perception of the single male versus the female are just another example of the shame and degradation women are made to face when they refuse to conform to cultural expectations.

I enjoy the company of my friends, who I believe are a far more important driving force in how happy I feel in my life, but I am not looking for what I’m told I should. The reality is that single women should not be encouraged to explore avenues they do not wish to pursue. Being single is an excellent opportunity to discover and become confident in the individual that you are. So take your time, slow down and focus on yourself. Above all, refuse to be shamed for your oneness.

Image is of a woman of colour wearing black lipstick and large black, decorative hoop earrings. She is facing the camera but is looking up and smirking slightly, as if lost in thought.