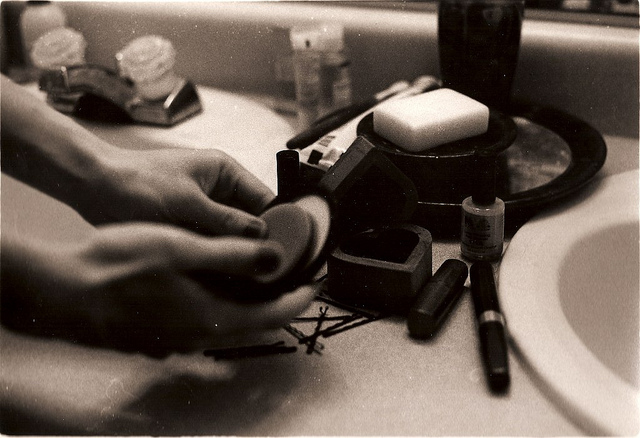 Welcome to another weekly round-up, which is actually a fortnightly round-up this time, due to staff sickness. Apologies to anyone who missed it last week!

It Pays to Be an Assertive Woman in the Workplace, New Study Says (Vice)

A ‘new’ Pirelli calendar? No, it’s just a retread (The Guardian)

It is an act of resistance to have fun (Mama Cash)

From the article: “Of course, we need to stop rape, ensure that gender inequality disappears from the workplace and that women are not driven from their country. However, if we’re not careful, we end up not talking enough about the right to have control: control over our own body and how we experience pleasure. That demand may be more threatening to the established order than our emphasis on problems. There is now much discussion at large policy conferences worldwide about violence against women, poverty among women, genital mutilation, etc. But talking about pleasure, and especially physical pleasure of and for women and trans people, remains a taboo.”

‘Gilmore Girls: A Year In The Life’ Has A White Feminism Problem (The Establishment)

From the article: “These moments illustrate a lack of compassion for marginalized folks, and understanding of why such callousness is problematic. And unlike with shows such as It’s Always Sunny in Philadelphia (which has its own issues), we’re never meant to think of Rory and Lorelai as self-centered narcissists swimming in their own grandeur. They’re intended to be relatable and likable.”

From the article: “The law doesn’t exist to make a moral call about the way we should behave. It should serve to protect us from harm. Who isn’t “foolish” sometimes? How many mistakes has Mr Gilbart made in his life and how often have they had serious consequences? We can’t compare one woman’s violation with a parking ticket or a lost wallet, but I’d be prepared to bet that the judge has made errors, experienced regret and has only been able to deal with the outcome of his own “foolish” episodes thanks to the kindness and compassion of others.”

From the article: “I can predict the likelihood of my success by zip code,” said Diana Adams, a family lawyer from New York who has spent the last decade working with clients who are LGBTQ, polyamorous, kinky, or otherwise outside the mainstream. Because family court judges are elected by direct vote in many states, their tolerance of alternative lifestyles tends to correlate with that of the surrounding area. She represents clients in both New York City and more conservative areas of upstate New York, and says that the weight of a parent’s sex life upon a judge’s decision varies wildly from judge to judge, depending on their political views. She also provides advice to clients out of state, and has noticed a pattern: For clients like hers, Southern and rural areas are unforgiving places for cases to come before family court judges.”

From the article: “…If our attitudes include unchecked sex-shaming, our kids grow up thinking the clothes are the problem. Or, more likely, the women wearing those clothes.”

The callous abuse of Maria Schneider, and the impunity of Hollywood men (The Pool)

Is the “O-Shot” what women need for better sex? (The Guardian)

From the article: “Dr Charles Runels has been called a miracle-worker by the women whose clitorises he has injected with their own blood. But many medical professionals believe the effects are simply placebo – and question Runels’ methods. Is his work helping liberate female sexuality?”

How do you change a macho parliament? Talk about the reality of rape (The Guardian)
CN: Rape/sexual assault

Femininity is Not a Negative Trait (Empathize This)

The image is used under a creative commons license with thanks to Erin Shea on Flickr. It is a black and white photograph showing various items of make-up on a tabletop, including nail varnish, a lipstick, soap and a few hair clips. A pair of hands hold a powder compact, pushing the puff into the powder with, what looks to be, some force.