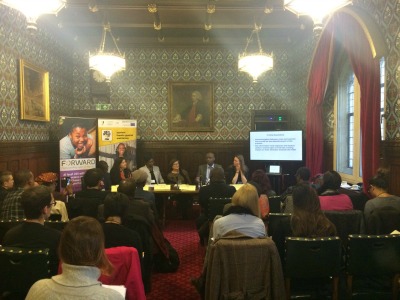 Gabrielle Pickard Whitehead is a freelance journalist located in the Peak District. Gabrielle has been reporting on human rights topics since 2006. She is passionate about raising awareness about pressing and under-reported human rights issues through the written word. You can find Gabrielle tweeting @GabsP78

Female genital mutilation (FGM) is typically characterised as something that happens in Africa but is far from contained to African soil. FGM and the misery it causes is a global problem. It is one that is rife here in the UK and Europe.

Defined by the WHO as a deliberate mutilation of female genitalia for non-medical reasons, FGM is a widespread practice today, affecting millions of girls and women around the world.

In the UK, 137,000 girls and women are living with the consequences of FGM, marking the highest incidence in Europe. Figures from the Health and Social Care Information Centre show that a case of FGM is reported every 109 minutes in England, with no area of the country immune from the practice. Experts warn that this shocking number of FGM incidents could be just the “tip of the iceberg”.

As best put by the Royal College of Midwives in their Tackling FGM in the UK report:

There is a growing consensus that the system is failing to protect girls from FGM and more needs to be done in the UK to intervene early in a child’s life, and to safeguard those girls at risk

Men Speak Out, a project aimed at engaging men in the process of putting a stop to FGM and on a broader scale ending violence against women, found that men have a key role to play in ending FGM but are failing to assume it.

The research asked men for their views on why they thought FGM happened. As well as being practised for cultural and religious reasons, the responses found that FGM is carried out for sexual purposes — as a means of controlling female sexuality and making women “better wife material”.

The project also found that some men are for FGM but more are against. Either way, though, they are predominantly remaining silent on the issue.

Men are the husbands, brothers and fathers of the victims of FGM. Men might not be subjected to the atrocity themselves but they can be affected by the crushing physical and psychological effects FGM has on its victims, who are members of their family and community. Solomon Zewolde, a researcher for campaign and support organisation FORWARD, says that there are men in the UK whose relationships are negatively affected by their partner having undergone FGM.

On Thursday 8th December 2016, a crowd gathered in the Jubilee Room in the House of Commons, London, to listen to the preliminary research results of the Men Speak Out research.

It wasn’t all bad news. As well as discussing male responsibility in ending the practice, it was clear that inroads are most certainly being made to raise awareness of FGM through education in schools.

FORWARD’s Student Awareness Sessions aim to teach young people about the various roles they can play in ending FGM. In 2015, a total of 384 school sessions were held on the topic, comprising 10,614 students and staff members. Of these, 677 were in primary school.

At Durand Academy in Stockwell, south London, efforts are being made to help safeguard pupils from FGM. All teachers and teaching assistants complete an annual training session on FGM, which includes looking for signs that girls could be being subjected to the practice.

While it is crucial that women lead the charge in educating and informing people about FGM, a greater number of men need be involved if we are going to stamp out the atrocity for good. Whilst it was refreshing to see male faces both on the panel and in the audience at the Men Speak Out event, it would have been more invigorating if the room had a more even gender split. The lack of men in the room was a testament to the gender inequality that colours the quest to end FGM.

Statistics reveal that in July 2013 over 125 million girls and women in 29 countries across Africa and the Middle East had endured FGM; over the next 10 years, 30 million more are at risk.

As we can see from the exertions of FGM awareness groups and charities and the growing prevalence of FGM education in schools, progress is being made to end this abhorrent practice. To completely obliterate it, the whole of the community needs to be involved. Male participation in the fight against FGM is essential.

Image taken by the author at the Men Speak Out press conference in December, 2016. Used with author’s permission.

Image is of a conference taking place in an ornately-styled room in the House of Commons. There is a panel of six people facing the camera and addressing the audience.