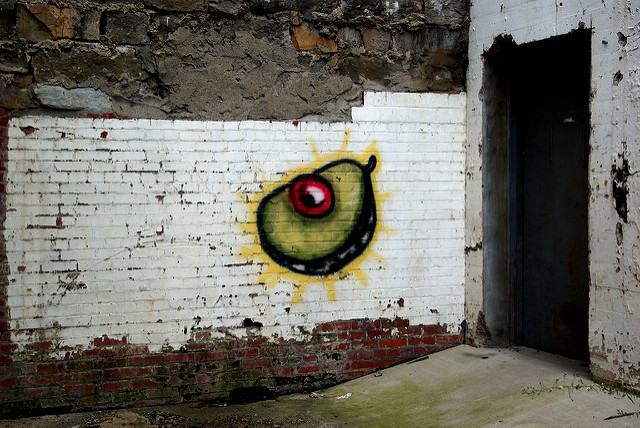 Welcome to another (slightly late) weekly round-up, where we share (what we see as) the most interesting and important articles from the previous seven days. We’d love to hear your thoughts on any of the issues covered in our chosen links which range, this week, from clean eating to Melania Trump.

Men explain things to me: examples from 2016 (Girl on the Net)

To the First Lady, With Love (New York Times)

From the article: “All women struggle to reconcile the different people that we are at all times, to merge our conflicting desires, to represent ourselves honestly and feel good about the inherent contradictions. But Michelle manages to do this with poise, regardless of the scrutiny. That, to me, is the best thing for feminism. Her individual choices force us to accept that being a woman isn’t just one thing. Or two things. Or three things.”

Confessions of a former clean eater (The Pool)

From the article: “Don’t get me wrong, their recipes aren’t harmful. It’s perfectly OK to eat their food and to eat healthily and no one is saying we shouldn’t eat a few more veg and a little less meat. But encouraging people to demonise certain food groups long-term (unless they are medically diagnosed as intolerant) and adding a sharp edge of guilt to food is not OK.
For me, my clean eating romance ended quickly, and all I now have to remind me of that time is a cupboard of cocoa nibs and a silly amount of spiralisers. However, for impressionable teen girls and for people seeking to feed an already skewed relationship with food, it can be more than a “phase” and can breed inflexibility, anxiety and confusion.”

From the article: “This is a message, or a reminder, for cis men activists. The trans/cis women and non-binary people you organise with are talking about you behind your backs. We send Facebook messages, emails and Twitter DMs. We arrange to meet for a cup of tea between meetings. We run errands together so we can talk privately. We know what you’re up to, and we want our sisters and comrades to know too.”

Dear Hot Men Who Love My Body As It Is: IDGAF (Bustle)

From the article: “But despite all of that, I reject your approval, no matter how glowing it might be, in favor of my own self-assessment. I officially take the onus off of you to confirm or deny whether or not I’m beautiful — and you’re welcome, because in this world, claiming that your fat body is beautiful is hard effing work.”

From the article: “Are you a person of colour, aged between 14 and 16? Are you a young woman, or young person who identifies as Femme?… Are you dreaming of a future when all of us are free?”

From the article: “Imagine being in her position. Imagine being married to that man, having to live with him, back him up, soothe his ego, deal with his tantrums. Her marriage will be under relentless scrutiny for the rest of her life, just as her body has been since she did her first catwalk at the age of five, but if anyone raises the alarm, we’ll be told it’s music and ordered to dance. Do we think that the ham-faced, race-baiting, woman-hating monster about to waltz into the White House respects his third wife as a person? This is a man who slut-shames and humiliates any woman who stands in his way, who is on record boasting about ‘grabbing women by the pussy’, whose first divorce was granted on grounds of ‘cruel and inhuman treatment’.”

The image is used under a creative commons license with thanks to M. McIntyre on Flickr. It shows a white-washed wall in what appears to be a ruined or abandoned building; there is a door to the right of the photograph with no door frame and the general scene is one of neglect and disrepair. On the wall, somebody has painted an avocado motif – the avocado is cut in half with its stone visible and is surrounded by a (painted) ‘burst’ of yellow light.