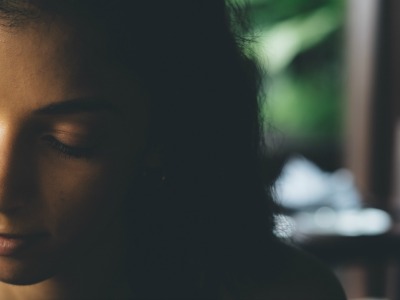 Are we really so empowered? On post-feminism and mental health Emma Hamilton is a Northerner who aspires to live in a warmer climate, spending her time writing and walking barefoot on sand

When you’re sitting in A and E at 3 o’clock in the morning, does it matter if you define yourself as a feminist? Amongst other sick and vulnerable people, what does your gender or age, race, sexuality or level of ability matter?

I ask this particular question because I’ve been in A and E departments a lot. Not for myself, but for my daughter. A young woman with multiple health needs who now, due to those needs, is no longer here. She died 10 months ago on 12 March, 2016. Her story is one of inspiration, determination, hope and ultimately, great sadness.

She defined herself as a feminist although never used that word. That word can be exclusive, divisive and nebulous and those are things my daughter would never have wanted to be associated with. When I was growing up it was a word that meant empowerment, equal rights and social justice. Now, it can evoke negative images: those of victimhood, indulgent ‘first world problems’ and whinging.

So now we, the collective group of self-defined feminists, have to be more astute, more thoughtful and sophisticated in our approach to ourselves and our wider communities. We have to now battle the assumptions made on the back of the feminist movement: that all young women are empowered, live in a more equal society and enjoy the benefits brought about through the work of generations of women before them.

There are still many overt and covert ways our gender affects how others see us. As a young woman with both physical and mental health problems, my daughter encountered this on a daily basis. Her primary psychiatric diagnosis went even further in shaping how others saw her. It was a diagnosis more commonly associated with young women than men. It is a very stigmatising diagnosis, and as with all psychiatric diagnoses, could ultimately be reduced to a social construct.

It was a stigma within a wider stigma — that of having mental health issues in the first place. And it is still a common experience of women today. Oppression upon oppression; layer upon layer of discrimination. Perhaps now though it could be argued as more insidious because of where we are in 2017.

If a woman now argues from a feminist ideology she can be dismissed by both men and women as whinging rather than raising legitimate issues for the individual and the collective. And I saw this, time and time again, in how others perceived and interacted with my daughter.

When she or I would argue for sensitive treatment from health professionals, we were often met with the same, oppressive narrative: young women have more rights, more power and more benefits than previous generations. Words such as hysterical, needy and attention-seeking were common in the framing of my daughter’s difficulties. The power of the construct that her difficulties were self-induced and perpetuated was an often impenetrable force. I say “often”. In reality, it was 90% of the time.

I was also labelled hysterical and unrealistic in my ambitions for my daughter. My daughter was seen as damaged goods by health professionals. Even though she contributed to her community and society with regular and often high-profile voluntary work in the mental health field, attended university and lived her life with the care of others as a priority, according to the healthcare system her quality of life was not expected to be high.

She was ultimately being told she should go away, care for herself and not expect services (society) to care about or for her. She was a young woman who, in today’s post-feminist society, should have been able to meet her own needs because those before her had empowered her. If she couldn’t help herself it was a weakness in her, not a community issue.

For my daughter, the continued fight to be seen as an individual was too much. The lack of support and damaging experiences she faced on a regular basis in A and E, community services and inpatient wards took its ultimate toll. She died by her own hand if you reduce the circumstances right down to the facts of her death. But in my mind, the cause of her death was not that simplistic.

The repetitive experience of having her needs rejected on the basis of collective assumptions about the quality of life young women have today killed her. She was not weak, but she was seen as such — apparently unable to draw on the benefits and change feminism has brought. But collective benefits do not always translate into individual benefits. She tasked herself with the job of self-sufficiency, not just because she blamed herself for her individual “flaws” but also because she was repeatedly pushed that way by state services. If she had been seen as an individual, perhaps her life and death would have been different. I will never know.

Image is of half of a woman of colour’s face. She is looking down and appears sad and thoughtful. Most of the frame is taken up by her thick, dark hair.