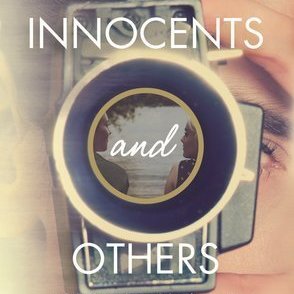 A night at the movies Innocents and Others is Dana Spiotta’s fourth novel. Structured around the changing friendship of Meadow and Carrie, two very different kinds of film maker, and their overlapping careers, Spiotta has produced an ambitious and testing novel. Meadow Mori is a documentary maker, her films, described in detail throughout the narrative, are more like art installations designed to challenge rather than entertain. Her childhood friend and unspoken rival, Carrie Wexler, makes altogether different kinds of movies; commercially successful features with a feminist bent. Film is familiar ground for Spiotta; Mina, the heroine of her critically acclaimed first novel Lightning Field (2001) was obsessed by cinema and you can feel how much Spiotta enjoys writing about it. The language glows in certain passages, immersing the reader in her characters’ obsession so that we too stand “in the stream of dusty shades and shapes [that] flicker” across Meadow’s body.

In many ways this is a novel about the survival of a friendship that can be traced through the trials of adulthood and the rigours of artistic creation, but to offer a traditionally linear synopsis of this novel would be to ignore its curiously shifting quality. Movies do not simply permeate the story in referential detail; they inform the structure of a dense and complex novel whose composite form achieves a filmic montage effect. The narrative loosely alternates focus on Meadow and Carrie, absorbed in their own creative endeavours. The diverse quality of the prose, made up of essays, articles, comment forums, scripts and transcripts, complicates notions of artistic and personal truth so they become virtually unknowable, layered between subjectivities and projections.

The effect is intense. It creates an alienating strangeness in the novel only augmented by the touching interludes in which we are introduced to Jelly, variously known as Amy and Nicole; a middle-aged woman recovered from blindness with the curious power to seduce men over the phone. She listens with control and grace, the erotic charge of these conversations belying her desperate dissatisfaction with her physical attributes. Jelly’s story, and indeed its retelling as Meadow’s subject, is the most compelling aspect of the whole narrative and could possibly be based on the true story of the mysterious figure of Miranda Grosvenor.

Through her three central characters, as well as their movies, Spiotta excavates different versions of unhappy womanhood and in the process seems to bleach the novel of happiness. It exists only as a possibility, fleeting and intangible. The novel is stark in this respect and it is hard at times to see past a sense of futility, even in moments that may appear hopeful. Those moments are shown to be superficial and impermanent; even the tentative resolution between Carrie and Meadow feels like no more than a flicker of the frame.

The refraction of selves through movie-making and phone calls reflects a very contemporary sense of identity as something mutable, to be negotiated between multiple online projections and perceptions

In the acknowledgements, Spiotta thanks Don DeLillo for his support and the influence of this literary giant is clear in the writing. Her use of language is, in places, hypnotic and she creates a strange sense of dislocation between the characters, a quiet longing for connection that would not be out of place in DeLillo’s work. Although there is an erotic charge to the novel, the only moments in which sex is actually described are solitary. The most convincing relationship Spiotta presents is between Jelly and Jack who are at their closest over the phone. Whilst it is important to locate Spiotta, allusive and self-conscious, within the tradition of the American novel (it is hard to imagine that Meadow’s reckless driving is not a throwback to The Great Gatsby’s Jordan, a character from a different time who also proves hard, dishonest and to be a “careless driver”), the literary depth of her work does not dilute the ingenuity of her own unique voice.

The way in which Innocents and Others operates most interestingly though is in its use of past technologies to elucidate the present state of both the production of art and, importantly, the formation of the self. It functions in much the same way as historical fiction, excavating the past in order to reveal the now more clearly. In an interview with The New Yorker, Spiotta says herself that, “looking at the things that are discarded tells you something about the present.” The refraction of selves through movie-making and phone calls reflects a very contemporary sense of identity as something mutable, to be negotiated between multiple online projections and perceptions. The novel opens with an online essay from Meadow in which she details a fictitious love affair with Orson Welles before his death. Spiotta includes the comment section. The range of comments and opinions ventured by strangers foreshadows the predominantly faceless negative reaction that Meadow receives to her film Children of the Disappeared later in the novel; an illustration that although the medium may have changed, the harsh, unreasoning voices have always existed. Jelly seems to undertake an early, and much more sympathetic, form of catfishing.

Impressive and intricate, I can forgive this novel a great deal. It is masterfully crafted and Spiotta’s prose is rhythmic and fluid; so much so that it almost holds the disparate elements of the narrative together. Alas, the mesmeric quality of her writing cannot compensate wholly for a lack of direction, nor for a central relationship between Meadow and Carrie that wants emotional punch. The intersection of Jelly’s storyline with theirs comes too late and in truth, the friendship upon which the narrative journey is predicated evokes only distance, never real connection. An article about Spiotta in The New York Times Magazine describes her working on Innocents and Others “beneath a huge bulletin board pinned with her sticky notes and research materials: lists of relevant words (passion, transformation, intimacy) and ‘seeing’ devices (zoetrope, stereoscope, camera obscura), and photographs of Orson Welles, Jean-Luc Godard and the Maysles brothers.” At times the novel itself feels no better ordered than such a board: it is immersive and infectious but, as a result, it disorients and alienates. The thing that is most impressive about Spiotta’s writing, in this instance, also proves to be most limiting.

Innocents and Others is published by Picador and is available to purchase here.

The image is of the book cover which shows a close up of half of a person’s face holding an old-fashioned video camera to their eye with only the corner of that eye showing. The text is in white font, and reads “INNOCENTS” on one line, “and” inside the lens of the video camera and “OTHERS” underneath the camera lens. There is a quote from Vanity Fair beneath this, with the author’s name, Dana Spiotta, at the bottom of the cover.