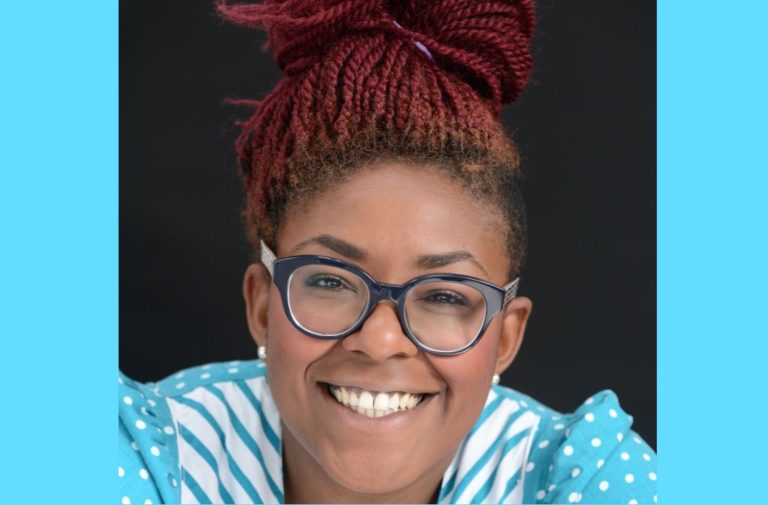 “I’m a feminist because I want a world full of multiple choice questions”: an interview with Natalie Ibu

Natalie Ibu is the artistic director of theatre company tiata fahodzi. I have the pleasure of speaking with her on the phone one Thursday evening in January to ask her questions about leadership, theatre and diversity in the arts. Her answers, delivered in her friendly Edinburgh accent, are considered, measured and reveal a woman confident about change and her ability to drive it.

I ask her early on in the interview if she identifies as a feminist and her answer is an emphatic “yes”. For Ibu it’s about choice, “I’m a feminist because I want a world full of multiple choice questions […] My feminism is also about being generous and making sure that any fights that I’ve had to fight to be where I am are different to those that coming up behind or alongside [have to fight].”

She has some powerful words about how she deals with what it means to be a good leader and the expectations placed on her as a woman:

I made a pledge in 2017 to only ever hold myself accountable to good intentions. […] I certainly feel I beat myself up perhaps if the difficult decisions I have to make or the difficult conversations I have to have mean that I’m perceived less favourably. And I think a white mediocre male perhaps would not […] So I think also part of my feminism is sort of challenging myself to not feel everything so deeply and wear everything so long.

There are some words that are used regularly to describe black women that aren’t always true of black women […], like the word “aggressive” for example. So if someone uses that on me […] I think the kind of challenge to myself is, were my intentions good? If they were then I wasn’t aggressive, and I shouldn’t have to wear that accusation.

Trying to multiply the narrative around what it is to be African, rather than simplify it We go on to speak about the Arts Council’s Sustained Theatre Fund, awarded to tiata fahodzi along with a consortium of other BAME led theatre companies to lead a professional development programme for diverse leaders. Previous initiatives to increase diversity in the theatre sector have not always been considered to be a success in creating long-term change, and I ask Ibu why she hopes that this new programme might be different.

She explains that as the numbers of people of colour within the UK population are increasing that if we want them “to spend their time in our buildings and want to see our work, that means the work in the buildings needs to be different, so I think there’s a very real economic imperative that means that we will just have to try harder and do better. It’s just good business.”

She goes on to laughingly say: “I am often surrounded by people who talk about how we’ve been talking about diversity for longer than I’ve been alive [but] I’m really hoping that this is the last time we need to have the conversation. However, if it’s not, it doesn’t mean we shouldn’t be trying.”

She is eloquent about the complexities of intersectionality and describes how in an episode of the NPR podcast Code Switch they refer to “living in the hyphen”. She explains what this means for her company, tiata fahodzi:

Under my tenure, the vision of the company is all about the mixed experience. So whilst we are committed to amplifying and platforming the African diaspora experience, we say that actually, more and more in this world, that feels more ‘everyperson’ than the white hetronormative middle-class male experience. Because when you are of diaspora, you are often having to move across different worlds, and classes, and languages, and jobs, and geography, which means that you are sort of code-switching, and you are flexible and nimble, but it also means that, in a way, you exist in a kind of third space, which is the mixed experience, which is kind of the hyphen, where all these bits of you, that are sometimes complementary, but sometimes contradictory. And we’re really interested in work that is about this second or third generation experience. […] We’re all about […] trying to multiply the narrative around what it is to be African, rather than simplify it.

This work includes good dog, a play by Arinzé Kene that will be opening at Watford Palace Theatre on 14 February before going on tour. Ibu is clearly excited about the project and describes it as an “epic, beautiful, humane piece of work.” The one-person play follows a boy growing up in a multi-cultural community and culminates in the 2011 London riots. I ask Ibu why she decided to direct this particular play at this moment:

This play reflects on the riots and what might drive a people, a community, to rebel, to riot, to stage a revolution. And there is something really specific about 2011, but also something very of the moment and very of the time we’re living in. That we are on the cusp of something that feels sort of dangerous and threatening. […] There was an opportunity [with this play] to think back to another time in which we felt this energy and try and understand that energy. It ends with [the] 2011 riots as a kind of backdrop, but really it’s about this particular community saying enough is enough and sort of people power. And I guess it’s a provocation for us all about what we’re going to put up with, and whether the attitudes and theories and ideals that we live our life by are helpful or true, and if not that, then what?

I am curious about whether it is possible to cover big themes in a one-person play, but Ibu is quite clear that “the personal is political”. She explains how a story can be both about an individual’s experience and about the wider ideas that connect with that.

On the one hand we just follow a boy growing up, that’s all that happens. And then, in growing up as a black boy on a working class estate in a city, we also touch on youth culture, and the lack of spaces that young people can call their own and so they end up hanging about on walls. We also look at poverty, and a man who’s trying to bring up his son who works triple-shifts. We look at a school and […] a boy who’s got dyslexia but no one has diagnosed it, and he gets laughed at in class, so we get the education system. […] I think it’s through the singular story about a boy growing up on an estate that we learn and explore and debate the bigger themes. And I think that makes the best work.

I finish by asking her about women who have inspired her. She says specifically “any woman who is breaking ground in their field. Many times I’m the only woman of colour round the table […] so I really celebrate and cherish those people who have shown example of what it is to be the only one in the room, round the table, and have worn it with class and dignity and grace and confidence and shown that it’s possible.” Later, over email she sends me this list:

I was listening to a podcast series called Making Oprah which charts her extraordinary career and the making of the Oprah show. I was struck by so much of the three part panoramic view of the show. The first that Oprah – Queen Oprah – was once a co-host who shared a show with a white male who used to tap her leg when he was allowing her to speak. The patriarchy will not rest. Also, that when she got the job to front a morning show in Chicago, she had to remind the TV boss that she was a black, overweight woman – all risky/form-breaking at that time. She was so incredible that those risks weren’t risks in relation to her. A unique example but fuels my infrequent optimism that being excellent will be enough.

I directed a show by Charlene James last year called bricks and pieces where a young woman running away and starting again, starts a company called Herstory – she dresses up as badass black women from history whose stories we should but don’t know: Harriet Tubman, Kathleen Neal Cleaver, Josephine Baker, Claudia Jones, Rosa Parks, Nina Simone, Mae Jamison, Bessie Coleman. Each and every one of them overcoming gender, race, class and – often – illness to achieve extraordinary things that we still benefit and enjoy the perks of.

I find my conversation with Ibu inspires me. She has already achieved so much and is full of positive energy to do even more. The arts are in a good place if women like Natalie Ibu are directing plays, leading organisations and inspiring change.

good dog will be at the Watford Palace Theatre from 14 – 18 February, then at Queen’s Hall Arts Centre, Hexham on 21 February, the Lowry on 22 and 23 February, the Lawrence Batley Theatre, Huddersfield on 24 February, Cornerstone Arts, Didcot on 25 February, Live Theatre Newcastle on 1 March, Coronation Hall, Ulverston on 3 March, mac Birmingham on 4 March and the Albany, Deptford from 6 – 11 March.

Image 1 is a photograph of Natalie Ibu by Robert Day. Ibu looks directly into the camara smiling broadly. She wears glasses, small pearl earrings and a spotty and stripy blue top. She has reddish braids tied up on the top of her head.

Image 2 is a publicity photograph of the play good dog by Arinzé Kenen by Dan Patrick Hipkin (TEAfilms). It shows a young man in an aisle in a shop looking down. Behind him are several other people of different ethnicities either looking at him, each other, or, in once case, down at a magazine.