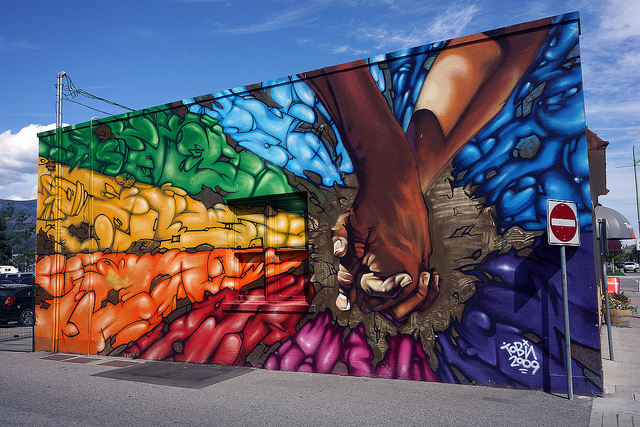 White Women: This Is Why Your Critiques Of Beyoncé Are Racist (The Establishment)

From the article: “Black women do not have the same relationship with maternity as white women do. Why? Years of systemic racism, chattel slavery, and white supremacy, and because negative portrayals of black motherhood are pervasive in American culture.”

How the art world airbrushed female artists from history (The Guardian)

From the article: “Female artists account for just 4% of the National Gallery of Scotland’s collection; 20% of the Whitworth Manchester’sand 35% of Tate Modern’s collections. Only 33% of the artists representing Britain at the Venice Biennale over the past decade have been women.”

Why We Have to Fight for Access to Theory: Judith Butler and the UCL Lecture (Lighthouse)

‘Feminism for the 99 Percent’: Lessons for the Women’s Strike on March 8 (Broadly)

Why You Should Stop Calling Donald Trump “Crazy” (Bustle)

Emma Watson: the feminist and the fairytale (The Guardian)

The grass is always bloodier: what will it take for us to acknowledge violence against black people in Europe? (Media Diversified) CN: rape

Eating Toward Immortality (The Atlantic)

From the article: “The act of ingestion is embroidered with so much cultural meaning that, for most people, its roots in spare, brutal survival are entirely hidden. Even for people in extreme poverty, for whom survival is a more immediate concern, the cultural meanings of food remain critical. Wealthy or poor, we eat to celebrate, we eat to mourn, we eat because it’s mealtime, we eat as a way to bond with others, we eat for entertainment and pleasure. It is not a coincidence that the survival function of food is buried beneath all of this—who wants to think about staving off death each time they tuck into a bowl of cereal? Forgetting about death is the entire point of food culture.”

From the article: “The TUC has coined the phrase “Burnout Britain” to describe the long-hours working culture. Its study of Office for National Statistics data found that the number of people working more than 48 hours per week had risen by 15 per cent since 2010 to 3,417,000.”

Why did Oxford circulate a criminalised image of me – because I’m a black man? (The Guardian)

Jess Phillips: ‘I never felt scared in my old job. As an MP, I feel it every day’ (The Guardian)

The image is used under a creative commons license with thanks to artjouer street art. It shows street art, painted on a wall. It is a close-up image of two people holding hands tightly. The hands are so tightly clasped together, it is difficult to tell whether it is a tender or aggressive action. In the image, the force or energy behind the gesture has produced a crack from which spills a vibrant rainbow pattern. The sky behind the wall is bright blue and there is a stop sign in shot.