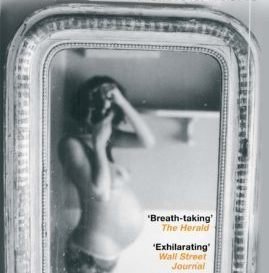 Opening up the birth story Pamela Erens begins her novel with a disclaimer of sorts. When Lore, the protagonist, is admitted into the hospital about to give birth, her midwife Franckline notes that we will never fully know her story, “for we have only a matter of hours.” Eleven hours, to be precise. But in her slender novel, Erens gives us so much more than one woman’s story; more even than a birth story, important as that is. Rather, this is a novel that speaks to the whole of human experience, to the relationships, connections and brief moments that make us all.

The eleven hours themselves are groundbreaking enough. When was the last time you can remember reading about a labour? Television and film seem to have embraced the birth experience of late, with programmes like Call the Midwife exploring the relationships between midwives and the families they serve, and films such as What to Expect When You’re Expecting cataloguing the emotions of pregnancy and labour. Yet in fiction, the process of giving birth remains relatively silent, most often occurring in the space between chapters, or even between paragraphs.

Margaret Atwood’s The Handmaid’s Tale is one of very few novels I can think of that doesn’t shy away from the physical experience of birth itself, but even this remains at one remove from the reader as Offred is only a witness to birth, rather than being in labour herself. In depicting the labour of a main character from a first-person, present-tense perspective, Erens lifts the narrative of the birth story out of its previous exile in antenatal groups and pregnancy manuals into the world of fiction. She is able to use Lore’s eleven hours to explore being human, to ask important questions about our relationships with one another and with ourselves, making the birth experience both understandable and relatable, but also demonstrating its unique nature.

Erens uses the novel to draw parallels between Lore and Franckline, and we come to realise that they are more alike than different. This is also true in Erens’ treatment of the birth experience in both Haiti and the US. There are clear differences, particularly in the equipment available and the level of monitoring, and indeed, Franckline herself wishes that labour could be made safer for mothers giving birth in Haiti. However, the main take-away from Franckline’s experiences is that the emotional journey of giving birth – though not necessarily the outcome – is dependent less on the country one gives birth in, and more on the relationships between the individuals involved.

The interactions between the women, whether that be with nurses and midwives in the clinical environment of a New York hospital, or with family members and elders in a Haitian home, are remarkably similar, characterised by love, encouragement and an awareness of the responsibility shouldered by all involved in bringing forth this new life. These specific relationships change depending on the individuals themselves, their past experiences, their fears and hopes, but the effect is that Erens is able to highlight the personal, emotional aspects of birth.

I read this in one long sitting, enjoying the changes in pace as the breathless, almost physical emotion evoked by Lore’s contractions gave way to dreamier, more reflective sections

In her treatment of a woman’s experience that is so often narrowed into the gaps between the rest of life, Erens gives us a novel that has no gaps. The novel contains no chapters and has very few breaks between paragraphs. There is nothing to alert us to the switching between the characters’ perspectives or to the movement between past and present. The gaps understood as the separation between people and experiences are all but completely eroded.

Combined with the immediacy of Erens’ prose, this serves to catapult us into the birthing experience alongside Lore and Franckline, so much so that we can barely pause to catch our breath. I read this in one long sitting, enjoying the changes in pace as the breathless, almost physical emotion evoked by Lore’s contractions gave way to dreamier, more reflective sections. Without giving anything away, the emotion and drama ramp up towards the end of the novel, mirroring that frantic, almost out-of-body experience of pushing and delivery, and then settling into its thoughtful, slightly flattened conclusion: the breath-catching of the new mother.

In its structure, it is a novel that invites a visceral reaction. It asks us to experience Lore’s body and Franckline’s attention to it right alongside her, to open ourselves up to what the novel presents as this most unique, most incomprehensible journey. Yet in opening ourselves up to that physical connection with Lore’s labouring body, we are also invited to connect emotionally, and to hear more of her and Franckline’s stories than we might perhaps expect. This serves to mimic the experience of labour itself, where there are bursts of physical exertion and pain, interspersed with quieter periods of almost-calm, which can allow for introspection and reflection.

Indeed, as the physical demands of the contractions ebb away, both Lore and Franckline are drawn into themselves, into thinking about their pasts, their hopes for the future, their fears. We are privy to these only in short flashes, in the remembered images of Lore’s attendance at an art gallery, or in Franckline’s experience of witnessing and eventually facilitating Haitian births. These fragments allow the reader to build up a picture of the characters, piecing together their backgrounds and personalities. Lore becomes not just an icy professional, arriving at the hospital alone in her “sweatpants and her clean button-down shirt” but a variously vulnerable, strong, complex woman who, having spent her childhood caring for her sick mother, is about to begin the journey of raising a child by herself.

In opening out the experience of birth, Erens brings forth labour as a moment that deserves to find much greater representation in literature

Lore comes to Franckline – and us – with a birth plan, a lengthy list of desires and certainties: “I do not wish to wear a fetal monitor”; “I do not wish to have an epidural”. The implication is that any intervention by the midwives or doctors would make Lore feel “opposed and harassed.” It would seem that Erens is painting Lore as a ‘yummy mummy’, one of the middle-class, left-leaning New York elite. Yet even as Erens motions us towards this judgement of Lore, the rug is pulled from under us, and we realise that this lengthy detailing of wishes is actually the contingency planning of a concerned single mother, doing her best to keep it all together. Together with Franckline, we understand that Lore is “a girl, yes…. but there is something elderly about her as well, something weary.”

This weariness, and the reasons behind it, are revealed slowly throughout the novel, alongside the reasons for Franckline’s own uncertainty, her own fears and deep, caring interest in her patient. Some may complain that such glimpses are too short, preventing deep connection. Indeed, by their nature, they can never give us the full backstory of a character. Yet I would argue that the way Erens presents these characters in her sparse prose, through brief flashes of remembered imagery and emotion, is precisely what guarantees our connection with them. Much as we do with friends, acquaintances, and even ourselves, we use these brief insights to draw conclusions about their motivations, their personalities, giving the characters just as much – if not more – depth and solidity than can be found in more detailed character portraits.

At the end of the novel, Erens opens up her technique of shifting between characters to explore the internal thoughts and feelings of others in the hospital. Though Lore may have felt she was labouring alone, she came into contact with many different people, and the novel takes the time to explore her impact upon them, as well as the impression they made upon her. This becomes a powerful exploration of the interconnected nature of all of our lives as well as a profound offering of gratitude toward all those – the doctors, midwives, nurses and orderlies – who give so much of themselves in service to us at every stage of our lives.

Erens achieves the remarkable feat of exploring so much of human experience, so much of life, through the act of childbirth. The journey shared by Lore and Franckline reveals the connections we all forge with each other, even in our briefest brushes of contact. In opening out the experience of birth, Erens brings forth labour as a moment that deserves to find much greater representation in literature. Understanding this moment of woman’s experience, Erens seems to suggest, gives us the potential to understand almost all of life itself. This is an arresting, powerfully physical novel whose slim appearance, like those seemingly short eleven hours of childbirth, belies the weight of its message.

Eleven Hours is published by Atlantic and is available to be purchased here.

The image is the cover of the book. It is a grainy and slightly faded black and white image of a pregnant woman with bob-length hair, wearing only jeans, standing sideways taking a photograph of herself in a full-length mirror. On the top right hand corner in black text it says the author’s name, Pamela Erens. Across the length of the bottom of the book it says the title, Eleven Hours.