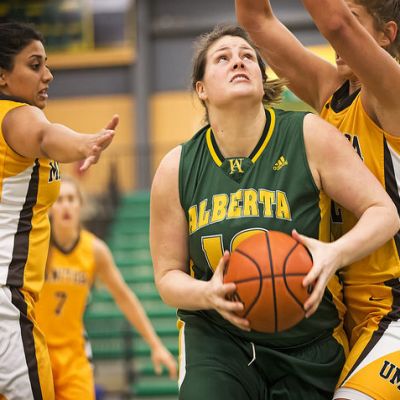 Sidelined: we need to get serious about girls’ participation in sport It was thanks to my step-dad that I got into basketball and, despite my brother growing to be 6’6, it was I who continued to play after leaving school. My passion for the sport has seen me captain my university team, play for national and local league teams and even fly to Barcelona to play in a European tournament. I love this game.

But apparently I am in a minority. According to the Government Equalities Office: “Year 3 (7-8 years old) is a critical age in keeping girls motivated to play sport. Beyond this age, girls become more self-conscious, lose confidence and many stop participating in sport”.

At high school I didn’t feel different from the boys in strength or ability. The only thing that obviously set us apart was our uniform. The girls’ P.E kit consisted of tight cycling shorts, and skirts for hockey – practical! In a society that puts so much emphasis and pressure on body image, it is no wonder a lot of the girls dreaded playing sport.

The Government Equalities Office also claims that: “…by Year 6 girls are doing significantly less and this gap grows in the years that follow”.

At my sixth form college there was no basketball team for girls. Instead I was ‘allowed’ to play with the boys. At practice I was always picked last for teams. Automatically because I was a girl, it was assumed that I wasn’t talented and it took courage, patience and determination to turn up at training each week.

When girls take part in sports, there are already assumptions that they won’t be any good: ‘You throw like a girl’.

As I got more into basketball, I started going to scrimmages at the park. These were 100% male. During the session, the men spent more time arguing over fouls and who was subbing off than playing. Those that weren’t confident players were picked last for teams or left on the sideline, ignored.

While the women I’ve played basketball with have been competitive and physical, they have also tended to be less judgmental of others, more accepting of beginners and more patient. They are more willing to give others the opportunity to play and they waste less time arguing over individual calls.

This was not, however, the experience of Women’s National Basketball player Candice Wiggins. In an interview with the San Diego Union-Tribune, Wiggins talks about the “very harmful” culture of the WNBA: “I had never been called the B-word so many times in my life.” She describes how the women “mirror the men” in how they play, look and behave: “Many people think you have to look like a man, play like a man to get respect”.

Wiggins’ story really reminded me of my own battle to prove that I was ‘one of the guys’. I would play overly physical so as not to seem weak and talked trash to appear confident. I wouldn’t give up my spot on the court, otherwise I would spend the rest of the session sat on the side, begging for a sub.

As I improved as a player and became known to those I played with regularly, I was no longer last to be picked. But instead of acknowledgement of my ability, this was seen as a big disrespect to those men who got picked after me, because they must be terrible! I was good ‘for a girl’ but I couldn’t be a good basketball player in my own right. This lack of recognition was frustrating and disheartening.

At university, however, I thrived as captain of the women’s team. But still the difference in numbers of male and female students each year at the basketball try-outs was noticeable. The men formed a second team because there were too many wanting to play. We struggled to get enough women to play full-court games at practice.

I was fortunate enough to go to Madison Square Garden to watch the New York Liberty play the Minnesota Lynx – two of the best teams in the WNBA. We had courtside tickets; it was a dream come true. If we had gone to see the male equivalent, the New York Knicks, we’d be seated so far up you’d need binoculars to see who had the ball. Candice Wiggins says: “Nobody cares about the WNBA…They give away tickets and people don’t come to the game”.

We must recognise that the constant need to control and emphasise the way women look and behave, and the treatment of women’s leagues as secondary to ‘the real thing’, is having a serious impact on girls’ participation in sport. From humiliating hockey skirts to empty stands: we deserve better.

Image depicts a close up of three women playing basketball, courtesy of Don Voaklander on Flickr