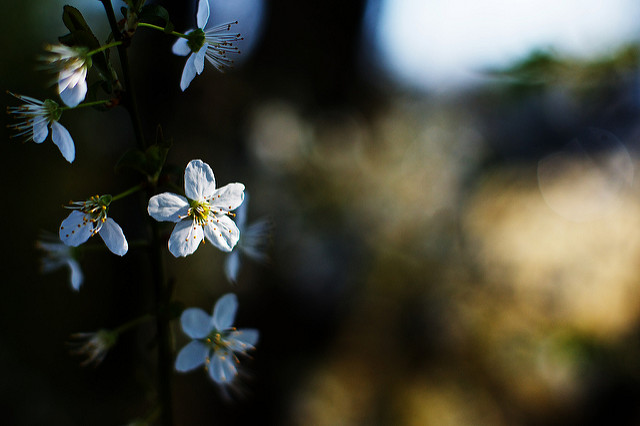 Welcome to another (slightly late!) weekly round-up, where we share (what we see as) the most interesting and important articles from the previous seven days. We’d love to hear your thoughts on any of the issues covered in the articles we’ve picked.

This guy did an email experiment to find out how women are treated differently to men. The results were fascinating (The Poke)

Look Out 10s, a 5 is Coming: On the Power of Unattractiveness (Kayleigh Anne at Medium)

From the article: “Held within lesbian sex cultures of the 1980s are the kernels of the ongoing struggles for recognition—of trans folk, sex workers, fat activists—that continue to unsettle feminism today.”

Feminism And Nudity: Why Are The Two Still At Odds? (Reni Eddo-Lodge at British Vogue)

From the article: “Ivy League-educated, demure, socially conscious, white and pretty, Emma Watson fits perfectly into to the category of the woman whose breasts we are not supposed to see. In the binary of virgin and whore, she is firmly in the former camp. It is this that has upset the critics of her photoshoot, because there is an idea that nudity of any kind is for women of a lower class.”

From the article: “Much of our reproductive labour is done during our ‘free time,’ but we are born into a system that doesn’t give us much of a choice about what kind of people we want to create ourselves as. Whether we want to or not, we send our children to schools that inculcate them with ideas that equip them for their roles within an oppressive system; if we want to teach them how to resist, we must teach them that ourselves. Reproductive labour is work, but neither employers nor the government pay us to do that shift. Instead, capitalist society pressurises women in particular to love and care for our families and households out of the goodness of our hearts.

And that’s why sex work grinds capitalists’ gears — whether it’s right wing moralist capitalists or ostensibly liberal feminists, they all hate us. Sex and intimacy and the emotional labour around sex are the most sacrosanct of work that we are supposed to perform for free, and when we charge for it, society is horrified.”

From the article: “The same trope – purity masquerading as reality – turns up time and time again in respect of race and nationality – from Nazi attempts to define Germanity according to the size and shape of one’s nose to South African laws that sought to define race according to family tree. Appallingly we are having a similar debate in the UK as to whether someone who was born, grew up, and lived all their life here – but with some suspiciously muslim-coloured skin tones – is as “real” a Brit as someone who emigrated to Australia at the tender age of 25.

And of course, the ‘real’ question gets asked all the time of people with any sort of impairment, physical or mental. Is she ‘really’ disabled? Does she deserve the courtesy of being treated as someone who needs assistance to cope with the demands placed on them by everyday society? Or is she really some sort of scrounger, who should be summarily stripped of every benefit going, from blue badge to living allowance?

No. The ‘real’ issue is one I have little time for. For while it is all too frequently posed as innocent question, it is just as often disingenuous assertion, by those with privilege, defending their privileged position: or, othertimes, by those with less privilege, scrambling to hold on to what little they have.”

SME leaders share their views on workplace inequality (The Telegraph)

Why did people assume an Asian woman in BBC viral video was the nanny? (Helier Cheung, BBC)

From the article: “Cis boys generally do not question or feel discomfort with the way that society treats them. They are able to accept and enjoy their privilege, usually without even noticing it.

Being called boys, for them, is not accompanied by fear, self-doubt, or the feeling that there is something deeply fundamentally wrong with them.

Young trans girls, on the other hand, tend to experience being treated as male as disorienting and terrifying, because it teaches us that our identities are revolting to society.

Male socialization, for us, is actually a coded message: You’re not who you think you are. If you try to be anything other than what we say, you’ll be punished.”

On the frightening realities of being a woman in 2017 (Billie Loo)
CN: Contains graphic descriptions of misogynistic violence.

From the article [not describing the violent incident]: “At first I described what happened to me as a reality check – that I wasn’t invincible and it’s just the way it is, that there are men out there who will try hard to hurt you and make you feel small and it’s safer to shut your mouth and be amicable than to speak up and put yourself in harms way. The fact of the matter is, sometimes, for your own safety, you do have to let things go in moments of conflict. But fuck knows I will advocate and scream from the rooftops and protest and march and lead by example in every way I possibly can.”

The image is used under a creative commons license with thanks to Nana on Flickr. It is a photograph of delicate white blossom hanging from a tree branch. The blossom is very sharply in focus in comparison to the rest of the background, which is extremely blurred, but the green hues would suggest the backdrop is a wood or forest.