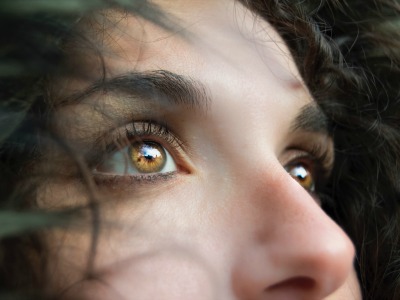 Who is speaking up for women seeking care for mental health? Emma Hamilton is a Northerner who aspires to live in a warmer climate, spending her time writing and walking barefoot on sand

As a bereaved parent I am going through the nightmare of trying to understand why and how my daughter died whilst under the care of a psychiatric ward last year. My pleas to medical staff to keep her safe on the night she fatally injured herself were ignored. The inquest is yet to be held but NHS internal investigations have been completed. Not only am I grieving for the loss of my amazing daughter but I am finding myself caught up in a fight for lessons to be learnt and action to be taken to prevent future deaths of vulnerable young women with mental health problems.

You might think that there are strict procedures in place to ensure NHS investigations in such circumstances are carefully and robustly monitored by some external agency. After all, the NHS is in the news so much that you would think accountability would be weaved into all the care provided.

A report released in December 2016 by the Care Quality Commission raised concerns about how unexpected deaths are reported and scrutinised within the NHS:

The report goes on to note that there is no consistent national framework to support the NHS in investigating any deaths that could have been caused by problems in care.

This review focused on patients with mental health problems and learning disabilities, some of the most vulnerable people in our society. People who often have no one to advocate for them when their own communication skills are impaired.

According to the National Mental Health Development Unit almost nine out of ten people with mental health problems have been affected by stigma and discrimination. In England, women are more likely than men to be diagnosed with a common mental health problem. They are twice as likely to have an anxiety disorder.

Mental health-related deaths are under-reported and under-investigated. Who is speaking up for this group of women and is anyone listening?

My daughter had a mum who was committed to supporting her and advocating for her health needs to be met by medical professionals. She, when well, was also an articulate and insightful young woman who could eloquently speak about her mental distress and what she found helpful from those seeking to care for her. There are many other young women who do not have either of these factors in their personal world.

And still, I failed to get her the help she needed. What of the hundreds and thousands of other young women who have neither the opportunity or ability to advocate for themselves or have someone do it on their behalf?

The charity INQUEST is one organisation trying to listen. The work of this small, under-funded charity seeks to campaign for better, more meaningful enquiry into the deaths of vulnerable people in state custody, which includes those in legally-enforced state care. They seek to challenge forms of discrimination that lead to preventable deaths.

INQUEST is the only national organisation undertaking this type of work in the UK. As well as mental health-related deaths, a key area of concern for the charity is investigating deaths of women in custody.

I knew none of this before my daughter died. I knew that on a day-to-day basis my daughter was not getting the care she needed. I knew that my daughter was becoming increasingly desperate as her condition worsened. I knew that I was having no positive impact upon my daughter’s situation when seeking to advocate for her. I knew that her death was a real possibility and that she was experiencing, in my eyes, negative discrimination from the largely male consultant psychiatrists who were ‘caring’ for her.

Now I know that sadly there are many young women and mothers in mine and my daughter’s situation. And I know that highlighting these poor procedures and structures we have in monitoring and learning from the preventable deaths of incredibly vulnerable women is vital in addressing the flaws in our systems.

But I wonder: what underpins this situation? What underpins the neglect we allow in our society of disabled and vulnerable women with mental health problems? Why are mistakes in care not yet being given the focus and thought that they deserve? We are still such an unequal society, with communities that overlook the needs and rights of those in mental distress. It takes more than reliance on the NHS to assume the responsibility for monitoring one’s own profession, practice, and systems.

Image is a close-up of a woman’s face, with only her eyes, nose, and some of her dark hair visible. Her eyes are hazel and are looking away from the camera intently, as if lost in thought.