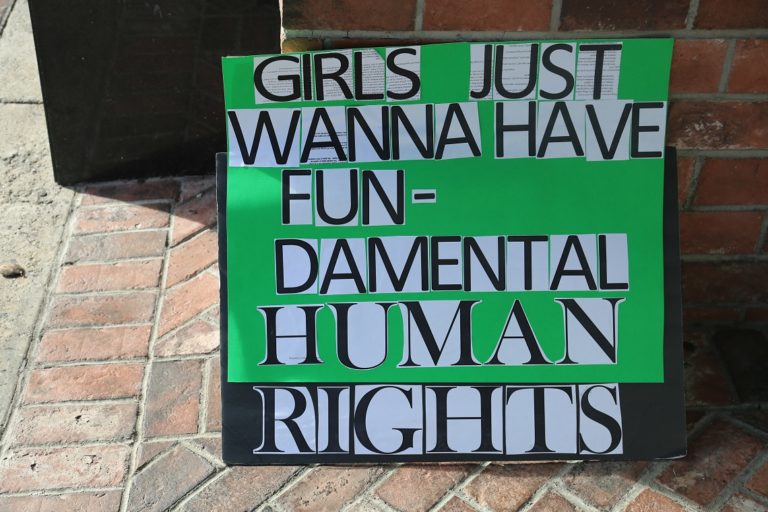 This is a guest post by Jennifer Hudson, freelance writer, non-profit communications professional and global feminist

In recent years, no story has haunted me more than that of Anne-Marie Ellement, the soldier in the British Military Police who was bullied after she reported being raped by two colleagues, and subsequently took her own life. With support from Liberty, Anne-Marie’s family used the Human Rights Act to demand a fresh inquest into her death after the first investigation resulted in the two corporals being cleared of all charges. Details of extreme harassment emerged, with the Royal Military Police forced to admit their mistakes and apologise unreservedly. This is just one example of why we should be terrified by Theresa May’s plan to abolish the Act.

Replacing the Human Rights Act with a British Bill of Rights and Responsibilities was a Conservative manifesto pledge in 2010 and 2015. According to their 2014 proposal ‘Protecting Human Rights in the UK’, our human rights are not currently ‘credible’, the Act is ‘Labour’s Human Rights Act’ and we need to ‘restore common sense and put Britain first’. And yet 164 organisations, including barristers’ chambers, NGOs and charities, are so worried that in December they sent an open letter urging May not to go ahead with the proposal.

May is also determined to remove Britain from the European Court of Human Rights. Dr Tobias Lock, Senior Lecturer in EU Law at Edinburgh University, thinks the reason for this is to make sure people whose cases are not supported by the new British Bill of Rights are not then able to take them to the European Court and win. All this is going to kick off in 2020, when May campaigns for re-election.

There has been absolutely no discussion so far about how the new British Bill will support women, with a focus instead on ‘limiting the use of human rights law to the most serious of cases’. What qualifies as ‘serious’? Do bullying, sexual coercion or abuse count?

In these instances, it is in the perpetrator’s interest not to get caught, so they often manipulate people and lie. Strong human rights law can help people get to the bottom of what is really going on, as in the case of John Worboys, who was secretly raping as many as 100 women under the very noses of the police. Article 3 of the Human Rights Act was used to hold the Met liable for not believing the women who reported him. Currently, 65 women victims of the vile sexual grooming in Rotherham are using the Human Rights Act to argue that officers ignored what was happening in the town.

The state of women’s rights in the UK is terrible. Only 5.7% of rapes result in a conviction. One woman is killed every three days by a current or former partner. In December, a report revealed that 436 allegations of abuse of authority for sexual gain have been made against the police. Less than half of the cases were reported to the Independent Police Complaints Commission.

And then there’s Yarl’s Wood. The widespread abuse of women at this immigration detention centre was revealed in 2015 by Channel Four’s undercover reporting and the HM Inspectorate of Prisons report. Today, up to 400 women are held there and complaints range from invasions of privacy and routine humiliation to allegations of rape and sexual assault. Article 5 is currently being used to argue that one woman has been unlawfully detained. She was abducted, raped and tortured in Democratic Republic of Congo before arriving in the UK, yet was monitored by a male officer in Yarl’s Wood without any assessment of her mental health, and was also accused of lying.

436 allegations of abuse of power for sexual gain. 65 women victims in Rotherham. 400 women detained in Yarl’s Wood. These are not small numbers. The Human Rights Act has come to the rescue of countless women and has the potential to support thousands more. Getting rid of it for a bill we know nothing about is alarming, to say the least.

According to May our new rights will be uniquely British. But the recent women’s marches showed that global feminism can be incredibly powerful and many issues, such as sex trafficking and immigration, cut across borders. The vote in favour of the Istanbul Convention last week is a big step forward and demonstrates that many MPs are prepared to work with Europe to tackle violence against women. But there is still a long way to go.

It amazes me that in this climate May is putting Britain not women first. We need to start asking questions now and put any further detailed proposals under the spotlight. We also need to shout about how the Human Rights Act has been a lifesaving piece of legislation for so many. After all, 2020 is only three short years away.