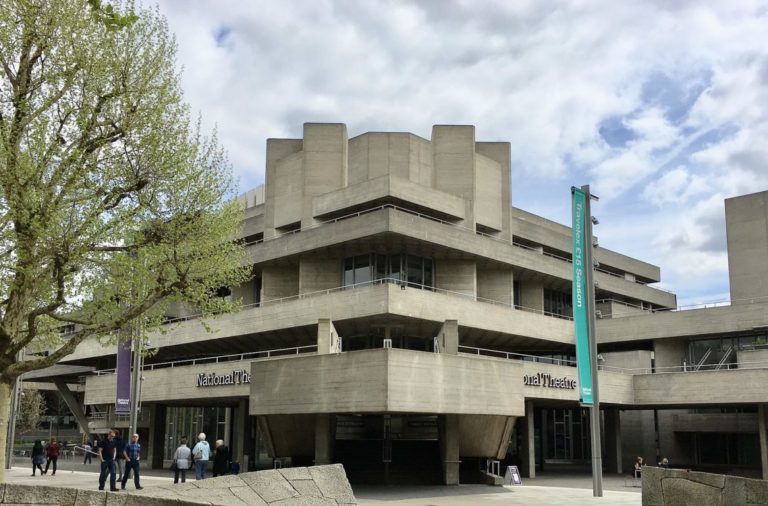 An exploration of consent at the National Theatre

Sexual violence against women has long been a mainstay of fiction. Worryingly, it is most often included as salacious exploitation or by way of rape-as-plot-device: inspiring the male lead into action or providing the go-to backstory to explain female mental health conditions – well, at least it beats ‘hormones’. What is lacking is fiction addressing the complexities of consent. Open discussion about rape is still taboo.

Nina Raine’s upper middle class relationship tragicomedy, which opened at the National Theatre on 4 April 2017, attempts to redress this balance. Consent doesn’t shy away from delving into the legal and emotional ramifications of rape and the confusing narratives that are created around the subject.

Two smart professional couples, each with an infant. Their single friend. An actor desperate for a baby: Daisy Haggard, bringing dignity and warmth to a rather cliched character. They’re mostly lawyers; she’s auditioning to play one. Friends take opposing sides on a rape case that emotionally affects them not one jot; they are more concerned with property prices, a poltergeist (a truly baffling and misjudged subplot) and the facades of their own failing marriages. Until one marital breakdown explodes into violence, making the academic issues of consent deeply personal. The play starts awkwardly. Within minutes there are sitcom-level gags about vaginas and wishing babies would be developmentally delayed to avoid the hassles of crawling, including using disablist language. Women cosily show off their new babies, but a sexual subcurrent constantly threatens to bubble over. This domestic drama is interspersed with scenes from a rape trial, and gradually the two worlds become intertwined. The use of space is superb; the actors are placed and moved within the relatively small traverse stage to continually emphasise the isolation and distance between them.

Ben Chaplin and Anna Maxwell Martin are strong leads, never losing their humanity even when on the front lines of a bitterly disintegrating marriage. Priyanga Burford, Pip Carter and Heather Craney provide solid support, bringing depth to slightly two-dimensional characters, with the latter imbuing her performance as an alcoholic rape survivor with real pathos.

Adam James is too often cast as a posh arsehole, and it is sadly no different here, but his familiar act gets a good airing in the first half as a lawyer and unrepentant cheating husband. It’s an engaging and committed performance, and hits some excellent notes about the narrativisation and self-justification we all engage in: “I was lying to myself that she knew [about the affairs] and was OK with it, she was lying to herself that things were fine”. The second half gives him the chance to show unexpected moral character as the one person to insist no means no, regardless of context. I could bemoan the idea that women need men to protect or defend them, but it’s just so damn refreshing to see a man being instantly and entirely damning of a male friend’s disrespect for consent. It makes a sad statement about society that it feels as powerful as it does to have a man stand up and say: “They don’t have to shove you away, they only have to say no.”

One intriguing point about the play is the lack of ‘he said, she said’ conflicting accounts of what happened. The first rape is described solely by the victim, her attacker never more than a name. There are discussions about her proving an unreliable witness in court, but this is never seen; all the audience witnesses is a deeply traumatised, raw and achingly truthful woman. To contrast this, the second rape is described solely by the perpetrator, who never denies the lack of consent and the verbal nos. The play utilises a lot of symmetry, mostly effectively, although the way one couple effectively swap positions is a bit too pat, and leaves the whole area of why women sometimes defend rape needing more exploration.

Raine spent some time researching the play, and it shows in the depth and verisimilitude of detail. In some ways the play’s themes are too big to make the most of all these details. In places it feels like two or three different plays bolted together, but that very messiness acts as a metaphor for the complexities of sexual politics. A cuckolded husband refers to his wife as a stolen object. A social worker informs a divorcing woman that marital rape is “not considered damaging to the child”. An adulterous husband says he took his wife’s revenge blowjob of a colleague “like a man”. A rape survivor is told she is not allowed a lawyer as technically she is a witness: “the crime is against the state, not against you.”

The play makes salient points about the creation and exploitation of narratives and how a complainant’s history can be used against her while a defendant’s cannot. A rape survivor’s mental health treatment is used to cast doubts on her story, and the revelation that she was receiving mental health care to come to terms with an earlier rape does not feel remotely surprising. A rape survivor is driven to medication, making the narrative of her husband’s gaslighting ‘plausible’.

It is uncomfortable viewing. Later debate in the bar discussed the ways the play was feminist or non-feminist, whether the two raped women were marginalised by the narrative and whether one plotline in particular didn’t really work in the context of those particular characters but had instead only been included to make a statement about rape overall.

Consent deftly combines domestic drama with insightful explorations into the legal and cultural concepts of consent. It’s a thought-provoking play. Ultimately it’s about a lot more than rape. It’s about marriage, about relationships between people who have been together long enough to know exactly how to hurt each other. It’s about the ways we lie and cover, betray and forgive. The ways the legal system tries and fails to legislate against a woman’s – a person’s – right to control of their own body. It’s a play about the ways we fail each other.

Consent plays in repertoire until 17 May at the National Theatre.

The feature image is of the Brutalist building of the National Theatre. It is by Saval / CC BY-SA.

The image in the text is of Adam James (Jake) and Priyanga Burford (Rachel) in Consent by Nina Raine. Photo by Sarah Lee. It shows Rachel at the centre of the photograph, she is sitting on a sofa and holding a bottle of wine. She’s looking up at a figure who can just be seen on the right hand side of the picture. Jake is behind her putting on a coat. Everything behind them is in darkness.