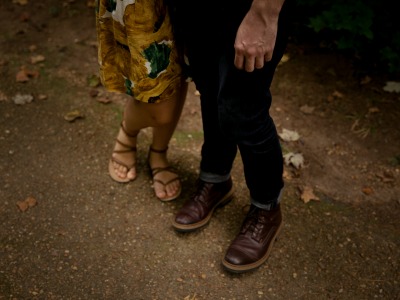 Heterosexual civil partnerships are about privilege, not equality Hannah is a 22-year-old freelance journalist based in Glasgow. She’s interested in inequalities, politics and music, and believes that the best writing is the most vulnerable

Heterosexual couple Charles Keidan and Rebecca Steinfeld made recent headlines when their attempt to win the right to a civil partnership was ruled against by the Court of Appeal. The Civil Partnerships Act 2004 states that such unions may be extended to same-sex couples, but not to mixed-sex couples, and it’s on this basis that the couple claimed discrimination. The pair have launched a petition to campaign for same-sex couples’ right to a civil partnership that currently stands at over 76,000 signatures.

The reality of the issue is one of nuance, and while by general principle – that in pursuit of equality, all options should be open to all sections of society – they’re correct, their campaign and claims of discrimination are deeply misguided. To invest time, money (thousands of pounds crowdfunded, no less) and judicial resources into the implication that the system favours the LGBT+ community is a demonstration of privilege.

Keidan and Steinfeld say that marriage just isn’t for them – that it’s a patriarchal institution, the history and traditions of which don’t fall in line with their own values. Their stance on the roots of marriage is fair, with echoes of its problematic past still commonly found in contemporary unions. The mandatory inclusion of fathers’ names and occupations on a marriage certificate in England and Wales, for example, is tangible evidence of a practice which should be changed.

It’s true that while many of the more palpable traditions associated with marriage are now less frequently embraced, it still exists as a practice stemming from the historical oppression of women. The institutional passing of women from man (father) to man (groom), dowry practices, and the union’s religious background all result in some viewing marriage as a fossil formed in sexism. Gender stereotypes don’t come much more salient than those attached to married heterosexual couples – a feature of the wider patriarchal society, to whatever extent individual couples do or don’t flout them.

It’s understandable, then, that many may wish to avoid participating in this institution. That’s why the inherent nature of Keidan and Steinfeld’s position is entirely reasonable, but their preoccupation with heterosexual victimhood is deeply troubling. It would appear that their understanding of the cultural context in which their relationship exists is surface-level; telling us that as white, middle-class, educated people, their claims of discrimination are rooted in their lack of access to civil partnerships – something that is at best a stop-gap in the struggle for LGBT+ marriage rights.

To hold civil partnerships up as a bastion of equality, a kind of institutional relief from symbolic patriarchy is a blatant demonstration of ignorance. The couple claims that the historic trimmings of marriage render it unsuitable for their needs, yet show no recognition of the salient and recent realities of civil partnership.

Civil partnerships are a relic of the government’s grudging concession to growing calls for civil rights. There are legal boundaries written into the contracts — for example, that they can’t be nullified as a result of adultery, unlike in a marriage — which demonstrates the way in which they were brought in as a half-measure prior to the introduction of same-sex marriage; progressive in appearance but also appeasing the conservative right.

This variation between marriages and civil partnerships is problematic when one considers the long-standing stereotype of LGBT+ people as promiscuous and the possibility that this ever-prevalent prejudice sees a legal reflection.

Objectively, civil partnerships can’t be separated from a narrative of oppression.

Current civil partnerships aren’t the ideal quick fix in achieving true, pragmatic equality. Campaigns like these should seek an alternative form of union introduced from the start as a solution for all sexual orientations and gender identities, rather than an adaptation made to a milestone in LGBT+ struggles.

This is why Keidan and Steinfeld’s plea garners little sympathy from some and feels like a slap in the face to others in the LGBT+ community. That they feel their chosen cause — lobbying for heterosexual rights — is so culturally significant to justify such fanfare is, at best, naïve and lacking in self-awareness. Rather than claiming that freedoms taken for granted are evidence of discrimination, the conversation must be an inclusive one which projects the voices of the most marginalised first and foremost.

Image is of the legs and feet of a man and a woman in a forest. They appear to be leaning together playfully. The woman is wearing brown sandals and a bright yellow dress, while the man wears brown lace-up shoes and jeans