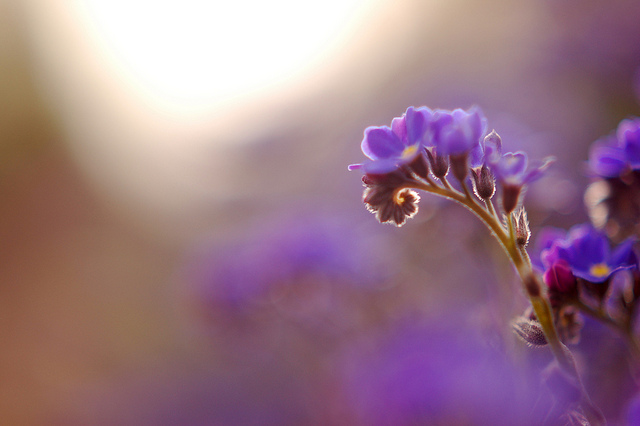 Welcome to another weekly round-up, where we share (what we see as) the most interesting and important articles from the previous seven days. We’d love to hear your thoughts on any of the issues covered in the articles we’ve picked. We missed last week so today’s round-up is a selection of links from the past fortnight!

Not Now, Not Ever (Fat Heffalump)

From the article: “Tell them where to shove their damn demands for you to justify your existence. Because the truth is, even if you were to respond, you’re not going to change their mind anyway. Trust me, I’ve been doing this for YEARS now, rapidly approaching a decade, and I have never, ever had anyone who came at me expecting me to either justify my existence or prove my life to them in any way, actually change their mind and start recognising my right to exist in this world as I am, a fat woman.”

Cartoon: What Bathroom Bills Do (Alas, a blog!)

Do young women really crave the 1950s? (The Guardian)

The Twitter etiquette that matters: A brief guide to not being annoying in our mentions (Another Angry Woman)

From the article: “…Rape and sexual violence are amongst the most underreported, under-convicted crimes there are, and certainly among the most abhorrent.

And yet despite knowing all of this we have a policy launching today that could literally make women choose between poverty and telling someone – possibly for the first time ever – that they were raped. Hingeing benefits on proving trauma isn’t a choice, it’s a disgrace and one which may well re-traumatise women.”

For 18 years, I thought she was stealing my identity. Until I found her (Guardian)

From the article: “It was then that it became clear to me: the reason for the tickets wasn’t that these Lisa Davises were petty criminals. The reason was likely that they lived in highly policed areas where even the smallest infractions are ticketed, the sites of “Broken Windows” policing. The reason, I thought, was that they weren’t white.”

From the article: “The only thing that will hurt my daughter is the stigma and discrimination she’ll absorb through television, strangers on the internet, and out-of-towners who come to the wrong place. I am lucky that I don’t have to hide my work from my family, or from my neighbors.”

From the article: “The thing is that media coverage is likely to be imperfect, and we should absolutely hold the press to account and encourage them to strive for more diversity and nuance. But that doesn’t mean we should give up and never do it for fear of being misrepresented. I might roll my eyes at the gaudy, sensationalistic descriptions in this piece of my shoot with Blath, and Vex’s film Red Shift, but perhaps those are the hook that will make more people pay attention – and maybe, hopefully, those people will learn something.”

From the article: “…Another reason for dads to take more photos of mums is that every time they do it they tell the mother of their children that she is important. In a culture like ours, dominated by the image, photography is a way to demonstrate that women and women’s lives are worth documenting just as much as men’s.”

From the article: “I am a hot woman. I don’t have a name because I never needed one because I’m so hot. (Like a lot of hot women, I don’t even have a social security number. Just a card that says “HOT” followed by a series of 10s.) Earlier today, I read (or had someone read to me, because remember, I am hot) the New York Post article about the average-looking, uninteresting man who is no longer dating hot women because we are too boring and now I can’t stop crying hot tears from my hot hot eyes.”

From the article: ““I see signs in the contacts that we’re having, both at EU level and with the UK, of a gradual realisation that Brexit in many ways is an act of great self-harm, and that the focus now is on minimising that self-harm.”

Becky, Barbie’s friend who uses a wheelchair, was discontinued. Here’s why. (PRI)

The Incomparable Differences Between Whitewatching and Racebending (Geeks of Color)

From the article: “Imagine two bowls of jellybeans sitting on a table, one running over with jellybeans and the other with what looks like a handful. The bowl that’s running over represents the overabundance or roles for white actors and actresses in Hollywood, and the bowl with only a handful represents the roles for actors of color in Hollywood. If you take a few handfuls of jellybeans from the bowl with an overabundance and put them in the other bowl with less, then nothing is harmed. The bowl with more jellybeans has a few less but it still has more than enough. However if you take even a single handful of jellybeans from the other bowl and place it into the overflowing bowl, then you’ve diminished and almost emptied it. When Hollywood whitewashes a role, that’s exactly what they are doing; further emptying the well of roles from which actors of color have to draw from.”

Hannah on Girls Could Not Have Gotten That Job (Vulture)

From the article: “Girls has always had a fraught relationship with realism. It’s been a fundamental part of both the show and the critical response to it — is the series trying to argue that this is what millennial life is really like?”

‘I’m a Queer Muslim, Babes Get Over It.’ Our Favourite Photos from Lucknow’s First Queer Pride Parade (The Ladies Finger!)

In Full Sight: ‘The pimp lobby’ at the Amnesty AGM (Frankie Mullin at Verso)

“It’s a tidy way to discredit any labour movement. Claim the workers are puppets, that industry bosses are pulling the strings, and you can ignore all they say. Would it have been so easy to make such accusations though, I wonder, if sex workers weren’t overwhelmingly women?”

We Don’t Imagine It, We See It (Fat Heffalump)

The Ableist, Racist, Classist Underpinnings Of ‘Laziness’ (Lindsey Weedston at The Establishment)

From the article: It’s easier to think of someone as “lazy” than to face the fact that school costs too much, that better jobs are inaccessible, that childcare is unaffordable, that people are forced to work so hard for so little that there’s no way they could have enough energy to attempt schooling or finding better work, and that what we give to people who can’t work is insufficient to the point of being shameful. I could say that calling people lazy is, in itself, lazy, but it’s not just an intellectual shortcut. It’s a defense mechanism.”

What It’s Like to Be a Genderfluid Sex Worker (Vice)

The image is used under a creative commons license with thanks to Cherry on Flickr. It is a photograph of a purple flower emerging from a green shoot.