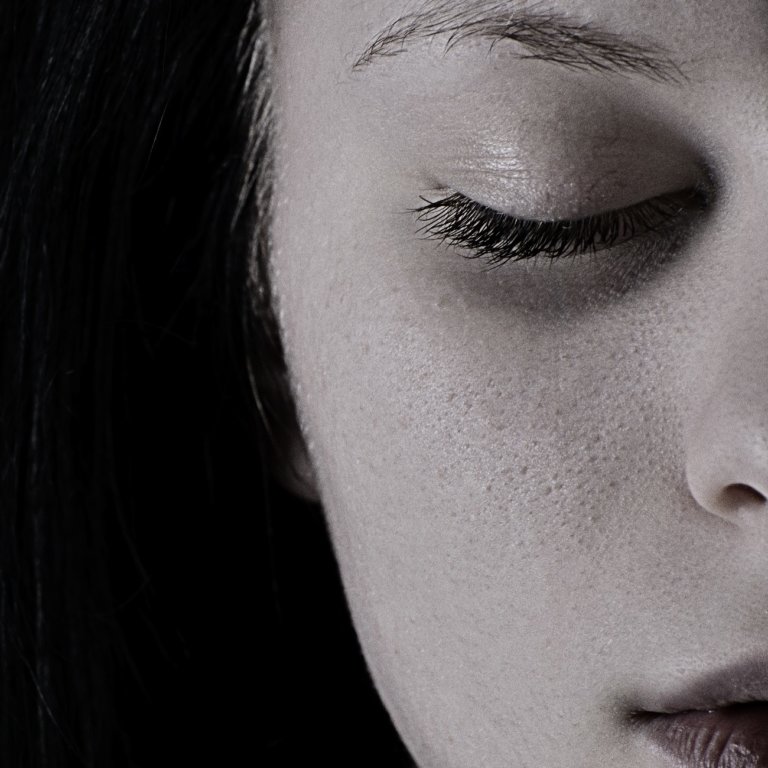 I was 15 the first time I cut myself. It was a hot, summer’s afternoon and my skin felt sticky with humidity and shame. I could list the reasons, 13 or more, and the moments that led me to that point – but none of that matters much anymore.

I stood in the bathroom, looked in the mirror and felt that I had crossed an invisible line. I had stepped into a place where I would recognise my pain for what it was: something tangible, visible, violent. I gave myself permission to acknowledge that my feelings mattered and in absence of the belief that words would do them justice, or that I would be heard in the way I so wanted to be heard, I painted a picture instead.

I hid the marks and tended to them jealously – they were mine and nobody could take them away from me. For years, off and on, I returned to the comfort of knowing that I felt worse than anyone could possibly imagine and that I bore the proof on my flesh.

For a while, I was sick with myself, convinced that I had scarred my body permanently and would never escape what I had done. That it would follow me to the beach, shaming me from showing skin, or to the bedroom of some new, exciting person, where I’d be forced to explain my most broken, undesirable self. Now, at age 27, there is no discernible sign that I was ever anything but a whole person – time and love glued me back together again, on the inside as well as out. I am incredibly lucky.

I recently watched the new Netflix sensation 13 Reasons Why, a story told through the eyes of a teenage girl, Hannah Baker, about how and why she killed herself. I was struck, as many have been, with a number of problems in the telling of this story, but for better or worse (probably worse), it also struck a chord with me.

Like Hannah, I once enacted my own personal revenge plot through self-destructive behaviour. Although I told no one what I was doing to myself, I felt vindicated against those who had hurt me and who had failed to understand me or the weight of my discontent. “See!” I thought, as I drew blood. “This is real. This is what they’ve done to me.”

I now know this was the mindset of a mentally unwell person, as much an indication of my troubled state as the actions themselves. I was acutely aware at the time that what I was doing was a problem and yet I never truly accepted that it was a symptom of mental ill-health. I always told myself I wasn’t “as bad” as some people –this was, in part, a contradictory failure to take my own experience seriously enough and, in part, a refusal of the stigma associated with mental illness.

I functioned, got out of bed and, for the most part, nobody seemed to notice that anything was wrong. Sure, I was a quiet, awkward, ’emo’ kid – but so, I suppose, were a lot of people. Writing was always my outlet and back then this took the form of over-indulgent, embarrassingly earnest teenage poetry, which elicited some concern. However, I quickly brushed off any questions, shirking the attention that I doubted could help me anyway.

I can’t blame anyone for accepting the simpler, cleaner reality I offered them. I can only say that if I had believed then that talking would have helped – if I had known that I wouldn’t be laughed at or minimised – I might not have taken quite so many years to get through it all. Or, at least, I might have learned sooner that there were better ways to express or manage my feelings than through self-harm.

Back then, I was focused, as in the narrative of 13 Reasons Why, on the causes that seemed to explain my mental state and behaviour. Sensing that I couldn’t remedy reality, I concluded there was nothing to be done. Therein lies the problem with this popular series, which takes on some of the most difficult issues facing young people today: it’s all about the external problems, rarely about understanding Hannah’s feelings and thought processes before the dramatic (and graphic) final act and never about the solutions or coping mechanisms that might have helped. I’m genuinely not sure the words ‘mental health’ are ever spoken in the 13 episodes – an incredible failing in a story about suicide.

It also bears pointing out that some of the ‘problems’ experienced by Hannah Baker are extremely serious – such as, you know, stalking, non-consensual sharing of intimate images and rape. These are unfortunately confused within the bigger picture of everyday cruel behaviour, but that’s a whole other issue and another major downfall in this over-ambitious series.

The jumbled, faltering message of 13 Reasons Why seems to be that people should be nicer to each other. That’s true and important. Indeed, the fact that someone may already be experiencing mental health issues does not absolve others of their bad behaviour.

But mental health also isn’t that simple. The reasons aren’t always so obvious – there may well be no ‘reasons’ at all. Even when there are, a minor change in circumstance (like finding a nice boyfriend) will not serve as a miraculous antidote to a deeper issue.

Suggesting it might, as 13 Reasons Why does, could well make it harder for people to admit that they are struggling despite the presence of love and otherwise favourable conditions. If feeling maliciously misunderstood makes it hard to talk, then so too does the fear of disappointing those who do care.

These are tough and messy issues to be highlighted and discussed in relation to mental health, particularly for young people, whose sense of self and their place in the world is uncertain at the best of times. Executed correctly, a series about these issues could well be a useful tool for educating and engaging people about problems that are still too often swept under the rug.

However, if we are to achieve this in a way that helps rather than hurts, it simply won’t do to replicate – unchallenged – the troubled narrative of someone in the depths of mental illness. The justification of self-destruction is thin ice to tread upon; glorifying it as an effective means of grand manipulation and vengeance is reckless.

I admit and feel now that it is important to acknowledge that watching parts of this series led me to recollections and reflections that are still painful to remember. In an earlier time, in a different frame of mind, I fear that it could have spoken too directly to what I wanted to believe.
My wish for Mental Health Awareness Week – and every week –is that we can speak with people of all ages about mental health in an open, understanding and intelligent manner. Let’s not leave people turning to Netflix dramas for depictions of mental ill-health or how to deal with it.

The message I would like to end with, which could and should have been conveyed in 13 Reasons Why and should be shouted from the rooftops, whispered in ears and scribbled in the margins of every notebook, at every opportunity, is this:

There are always other options and ways to cope, things can get better if you give yourself the chance and you are always, always worth that chance.

Image description: The right half of a person’s face. The person has pale skin and their eye is closed.

Image credit: This image is shared by Pexels under a Creative Commons license.