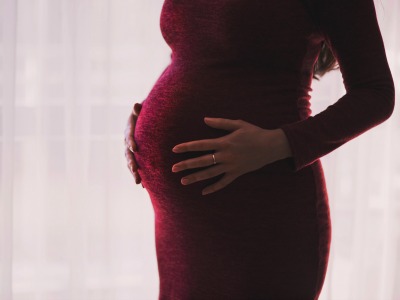 Laura Cooke is a journalist from the south of England

With US companies Apple and Facebook offering to freeze their female employees’ eggs to allow them to put off having children and focus on their careers, it was only a matter of time before this idea reached our shores.

In April this year, CARE Fertility, the UK’s largest private chain of fertility clinics, revealed that a number of British employers have enquired about offering this dubious ‘perk’ to their female workers.

“It will let you focus on your career, save up, meet the right person — you’ll feel so empowered!” screams the subtext of their sales pitch.

Empowered? What is so empowering about allowing your boss to interfere in one of the most important and personal decisions you are ever likely to make in your life?

Sky News, like other media outlets commenting on the issue, presents IVF as an easy option, with a complete lack of appreciation for exactly what is involved in the process.

The chances are that you know a woman who has been through IVF. And if you think you don’t, I can assure you that with one in seven couples struggling to conceive, the likelihood is that you do. It’s just not something everyone feels comfortable shouting about.

Like anyone who has been through IVF, I can tell you that nobody goes through it by choice. It’s a last resort, when doing it the old-fashioned way simply isn’t an option. And, speaking for myself but in the knowledge that I’m probably not alone, it is humiliating to admit that your body has let you down.

Setting emotions aside, there is the dreaded course of self-administered daily injections to the stomach, blowing you up like a puffer fish in an attempt to stimulate your ovaries to produce as many eggs as possible. There is a risk of ovarian hyperstimulation syndrome (OHSS), a thankfully rare but pretty dangerous complication.

Once you’ve had the operation to remove the eggs via needle passed through the vagina (not pleasant, but at least you are sedated), the fertilisation process follows. Then, prepare yourself for yet more drugs to get that womb embryo ready.

Then there is the agonising two-week wait before you can find out whether you are in that small percentage of people who have been successful, or whether the invasive procedures, weeks of drugs and spending more money than you can afford has come to nothing.

Which leads me onto another important fact which has seemed to be glossed over: the success rate for IVF using frozen eggs in the UK simply isn’t that great.

In the latest data available from the Human Fertilisation and Embryology Authority (HFEA) the approximate successful birth rate for IVF cycles using frozen eggs in 2013 was reported as 14%, compared to an average success rate of 26% for IVF using fresh eggs.

That rate was even lower for women aged over 38.

The stats show that the number of women freezing their eggs rose from 59 in 2005 to 816 in 2014, suggesting that more and more women are opting to preserve their fertility.

I’m sure each of these women went into this with their eyes fully open and were made well aware of the perils and pitfalls before making their choice.

That is the key word here: choice.

I have nothing at all against egg freezing if a woman decides that is what she wants to do with her body.

My issue is the way that this process is being presented as an easy answer to the career/baby conundrum women are plagued with by the very people who have a vested interest in keeping these same women working through their most fertile years.

How much support are these companies going to provide when those eggs are thawed and these women find they are not in that magic 14%?

Your employer giving you the option to freeze your eggs, which could lead women feeling pressured into doing so, is not my idea of empowerment and the way it is presented as such is rather sickening.

Offer women instead more flexibility or increased parental leave by all means, but stay the hell away from our ovaries.

Image is of a pregnant woman, with her belly in the middle of the frame. The image is cropped so that she is only visible from the bottom of her breasts to the top of her thighs, with her hands and arms also in the frame. She is wearing a long-sleeve, fitted maroon dress. Both of her hands rest on her belly. She wears a gold ring on the hand closest to the camera.