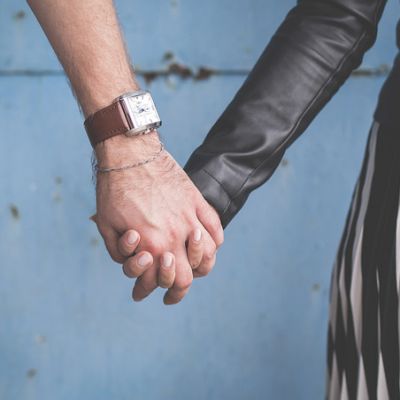 Madeleine Pownall, our monthly guest blogger for May, considers portrayals of rape in the Netflix show 13 Reasons Why

We love a good drama. We crave outrage, social injustices to protest against and controversy. I think it’s a part of our human nature. But when I heard that Netflix show 13 Reasons Why had a storyline tackling the issue of rape, I felt apprehensive. I expected the typical Hollywood dramatisation. I expected crying, resisting and horrible explicitness. I expected it to make me cry and make me scared.

However, the episodes surprised me. The female character, Jessica, passes out drunk and is raped by a boy at a house party. Hannah, the show’s protagonist, becomes trapped in the corner of the room and is forced to listen to the series of events. It was a difficult watch for me. The show deals with the reality that approximately 90% of rape victims know their attackers.

The scene rings true: one ‘friend’ taking advantage of another. There is no over-the-top music, no screaming, no obscene Hollywood melodramatics. It is attack – in its most brutal and most real form. It didn’t make me upset; it made me hopeful. I was relieved to see such an honest portrayal of sexual abuse.

The rape that makes headlines is often extreme, gruesome and between two strangers. But not all rape is like that. Mine wasn’t. That doesn’t make me any less of a victim, and that doesn’t make it any less difficult to deal with. My rape was quiet, self-contained, private. I wasn’t pulled into the bushes while walking home. I wasn’t hit. I wasn’t left for dead.

It was done by someone I knew – by someone I trusted. He then left and I haven’t seen him since. It was quick, but by no means was it painless. I don’t think he even realised what he had done. I wasn’t too resistant, and I didn’t shout and call for help. I was, like Jessica in the Netflix show, passive and helpless. Indeed, I offer my full praise to 13 Reasons Why for showing the very real nature of rape. This does not mean that attacks by strangers don’t happen, but it does move us away from the idea that this is how all rape is perpetrated.

This misrepresentation of rape feeds into a ‘shock factor’ culture. It would seem that a hunger for drama has leaked into every facet of media, and every element of media story-telling (or news reporting, as they like to call it). When we think of children getting kidnapped we think of black balaclavas, hushed voices and panic. We don’t remember the children who are silently led away from school by a friendly-looking stranger. When we think of death we imagine blood, horror and pain. Our minds are not immediately drawn to those who pass peacefully and happily in their own home.

I would argue that we have been somewhat programmed as willing consumers of paranoia-inducing, shocking stories. The rape we recognise, that we are able to process and name, is often brutal and violent. It fits perfectly into our internal framework, which allows us to distinguish what rape is. We forget that the only prerequisite for rape is the lack of consent. We forget that so often it involves a boyfriend with a friendly face who has betrayed our trust.

When we think of rape we don’t think of love. Indeed, we may even think that these two concepts are entirely mutually exclusive. But so often they are interlinked, even operating simultaneously together. I didn’t love my rapist, but I welcomed him into my life with open arms. This is the case with many survivors of sexual abuse, which – I believe – feeds into the victim-blaming culture that is so apparent during discussions of rape. This is echoed in 13 Reasons Why, when Hannah is asked by her school counsellor if she remembers vocally refusing to have sex with her rapist. This scene, and the implications of her lack of outright refusal, rang true with my experience too.

After much internal turmoil and a lot of soul-searching, I have come to understand that although I never said ‘no’, I did not mean ‘yes’. My lack of resistance – both physical and verbal – did not constitute consent. The social bond between two people in a relationship does not diminish the fact that lack of consent is rape. Period. Many women love their rapists, and this is scarcely represented in media depictions of abuse.

I was raped and I continued to hold his hand in public.

Image depicts a man and woman holding hands in the street