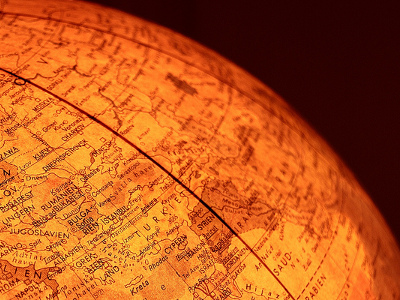 Outdated information is a threat to asylum seekers Since 2011, the Home Office has been using incorrect information about Albania that may have led to the deportation of lesbian, gay and bisexual (LGB) asylum seekers. The expert evidence they have been using was ruled as impermissible almost six years ago, but has been used continually since then.

It’s disturbing to think that people persecuted for their sexuality may have been driven from safety to harm, but unfortunately not surprising. Theresa May, as Home Secretary between 2010 and 2016, oversaw an asylum system that made it almost impossible to claim asylum on the basis of sexual orientation, while keeping people in horrendous detention conditions.

Information used by the Home Office to determine whether any individual country is a risk for LGB asylum seekers comes from their country of origin information (COI). In the case of Albania, it seems like required updates were excluded. However, for many other countries, COI is not good enough either.

There are 72 countries where it is illegal for a woman to have sex with a woman or a man to have sex with a man, as well as others where it is technically not a criminal act but still receives harsh social punishment. A cursory glance at the COI used by the government reveals there are only 40 countries that warrant any information, some of which are not places where being LGB is dangerous. This alone suggests that the Home Office is not fully informed.

Alternatively, the Home Office is not transparently publishing all their COI. In Cameroon, it is illegal for a woman to have sex with a woman or a man to have sex with a man. The government will be well aware of this, as it was the country of origin of one of the defendants in a landmark case in 2010 that meant the Home Office could no longer reject cases on the basis that people should be able to hide their sexual orientation by being discreet in their home countries. Despite this, the COI for Cameroon does not include a section relating to sexual orientation. However, when I checked this in 2013 as part of a research project, this section did exist. At the time, it had last been updated in 2008. I therefore believe that only COIs that have been updated very recently are available online, which disguises the fact that in many cases, the government is relying on information that is very old and potentially outdated.

Looking at the COI that exists, 21 countries have sections relating to sexual orientation and gender identity. Not all the countries that criminalise men having sex with men or women having sex with women are among these; Angola, Egypt, Eritrea, Ethiopia, Kuwait, Libya, Myanmar, parts of the Palestinian territories, Somalia, Sudan, Syria and Yemen all have COI available that lacks a section on sexual orientation.

The issues faced by women and men can be quite distinct. The barriers women face can include:

However, 17 of the 21 existing sections do not have specific passages relating to barriers and harms that are gendered. Where this distinction is not made, the information often reads with an assumption that men are the primary focus or primarily using sources that relate specifically to the experiences of men.

It is shameful that the government has been using information about Albania that was known to be inaccurate. The Home Office should take this opportunity to review how it records, updates and uses COI when considering cases relating to sexual orientation across the board, as Albania may be just one example of a much wider problem.

The image is by Hanna Sörensson and is used under a creative commons licence. It shows a close up of part of an illuminated globe, which glows warmly orange. The background to the picture is darkness.