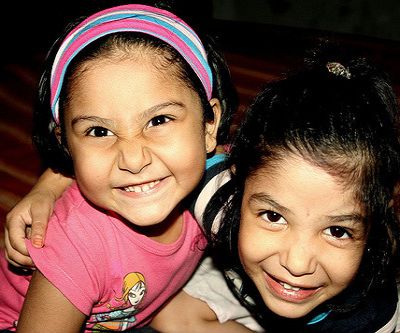 Madeleine Pownall is our monthly guest blogger. She plans to start her first major research project at the end of May, which will study the effects of parents’ feminist views on their children’s book choice. Specifically, it will investigate how aware parents are of the stereotypical messages of children’s literature

As I write this I am sat in Costa Coffee, peering over the brim of my mug, scanning the scene. A young girl of about four is happily plodding around in front of me. She dips and dives among the sea of legs and chairs, squealing in delight as she topples over and pulls herself back up. She pushes out with her pudgy fists and hits the back of a lady’s leg. Her mother then proceeds to shout at her. She tells her she is ‘stupid’, that she should watch where she is going, to apologise to the lady she hit. My heart pangs for her. Meanwhile, I see her brothers swing around the cake display, unnoticed. Boys will be boys after all.

Our words are powerful, especially as grown-up figures of authority. We are the voices that guide behaviour and that form the foundations of children’s identity. Not only does using such a disablist term reinforce the assumption that to be disabled is inherently bad and inherently less than a non-disabled person, but child psychiatrist Dr Charles Sophy explains that calling a child one outright label such as ‘stupid’ also makes it difficult for them to see themselves as anything else. It limits possibilities. It ruins self-esteem. I am not saying that this effect doesn’t also ring true with little boys. I’m just saying it’s different.

At school I loved to debate – and I still do. In my English literature class we had lessons dedicated to debating books and social topics; I was in my element. That was until I was called ‘bossy’ by my teacher. I was branded as being outspoken and argumentative, and it didn’t offend me until I realised it was supposed to.

As a psychology student, I am compelled to ensure that my claims about feminism are evidenced. Indeed, as suspected, empirical literature supports my hypothesis. Research has found that women face inequality across a variety of domains, and that this is heightened by stereotypes about women related to their intelligence and abilities. Crucially, research has shown that parents play an essential role in the development of gendered beliefs in children, and parental beliefs predict their children’s beliefs well into adulthood.

This is not just applicable to degrading language. You may tell your daughter that she is pretty and cute and beautiful. However, she is also strong and independent and brave. Using empowering words to describe your children (both sons and daughters) can really create a sense of pride and encouragement. Being really mindful of your language, particularly when speaking to older children, makes it easier to spot when gender stereotypes are present. We’ve all heard people say (and perhaps have said it ourselves) ‘man up’ to someone who is demonstrating their pain or hurt – this can enforce the idea that men are strong and women are weak and passive. This also may discredit the emotions of both male and female children.

The use of positive, gender-neutral expressions and openness to discuss emotions can avoid reinforcing negative stereotypes. A recent study found that women are naturally inclined to reserve conversations about emotions for their daughters and not for their sons. This can perpetuate gender stereotypes and cause emotional intelligence delays in boys and girls. We should nurture and respect the emotional experience of children regardless of gender, and create an open and honest dynamic which allows for girls to be tough and boys to be vulnerable.

Image depicts two little girls with their arms around each other, one smiling and the other pulling a silly face