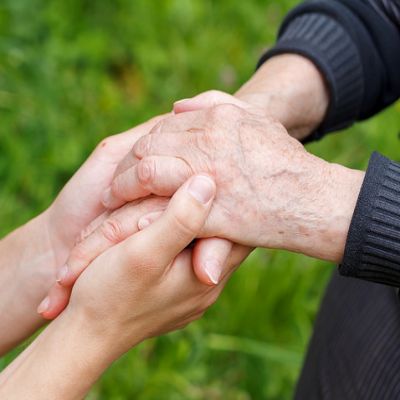 This is a guest post by Jackie Thomas. She is a feminist, a Francophile and lectures at university. She loves the analysis of painting and film, and has never been a supporter of referendums

Like half a million women in the UK, my late mother was diagnosed with dementia. Dementia affects 46 million people worldwide, of which 58% live in emerging economies. This figure is expected to rise by 2030, particularly in Asia due to the ageing populations of China and India. Although it is a disease that potentially affects us all, the impact of dementia on women is significantly higher. In the UK alone, 61% of those diagnosed are women, and as a result dementia is considered to be the leading cause of death among our female population.

In addition to this, the caring responsibilities also largely fall upon women, who provide over two and half times more care than men, often sacrificing their careers for part-time employment, family and social relationships. Given how dementia affects women, either directly in the latter stages of their lives, as carers of elderly parents or as employees of healthcare providers, why are we so slow to acknowledge the need for a gender-specific approach to tackling the problem?

When my mother, a long-serving NHS employee, was diagnosed with vascular dementia and Alzheimer’s I read up on the disease and its treatment. Although I had studied psychology I knew very little beyond the broader label, nor had any clear idea of how to care for her. And despite living in an area which provides outstanding NHS health facilities, frankly no medical professional spelled it out to me in a way that was helpful. Although accompanying my mother on her journey with the disease was one of the most loving mother-daughter experiences I will ever go through, it was also a minefield in terms of diagnosis and health monitoring, and emotionally stressful and physically demanding.

As with their male counterparts, loss – of the person, their lifestyle and their capabilities – is one of the main features of the disease and the quicker both the person affected and their carers face this the better they can adapt to the challenges and navigate the turbulent road ahead. However, unlike their male counterparts, women’s lives are far more greatly affected by the consequences of the disease.

For women with Alzheimer’s the loss of memory is crippling, as research shows that they experience a far more rapid decline in their cognitive functions than men. But even worse still is their experience of the disease itself, as a significant number have poorer access to health care in comparison with men. Moreover, women are more likely to be placed on medication for much longer periods which can often affect their physical well-being and how they experience dementia.

It goes without saying that while we choose as a society not to adopt a more gender-specific approach to dementia treatment, unlike some of our European neighbours, we risk subjecting women at their most vulnerable to poorer health conditions. By not taking women’s particular needs into account or acknowledging the increased power imbalances at play, we leave them susceptible to further gender discrimination. People with dementia are often subject to abuse due to their condition, but this problem for women can be compounded by their gender. We are continuing to fail women in sickness as in health.

Female carers are exposed to these very same risks. In order to meet the demands of dementia care, many face losing their jobs, missing out on promotions, earning less, as well as the loss of their support and social network. Considering that more than 70% of female carers of people with dementia in the UK are unpaid and fail to receive adequate support, they are also economically disempowered and themselves at risk of poor health and well-being, isolation, depression and eventually dementia itself.

Although it remains unclear whether dementia was the main cause of my late mother’s death, there is little doubt that the disease took a considerable toll on her body and mind within less than a year of diagnosis. I have lost count of the number of healthcare professionals whom my mother had seen throughout the course of her illness. However, I can certainly count on one hand those who were attentive to my mother’s experience of the disease and how this had potentially been exacerbated by the current gender-neutral approach to her treatment. Dementia receives nowhere near the same level of attention as other life threatening diseases, which without wanting to point the finger do actually affect far fewer people.

Dementia affects more than twice as many women as any other medical condition. During Dementia Awareness Week (14-20 May) this year we need to see widespread acknowledgement of the disease as a women’s issue, we need to see women’s experiences being incorporated into research in order to improve treatment, and a more person-centred approach to care which takes gender into account.