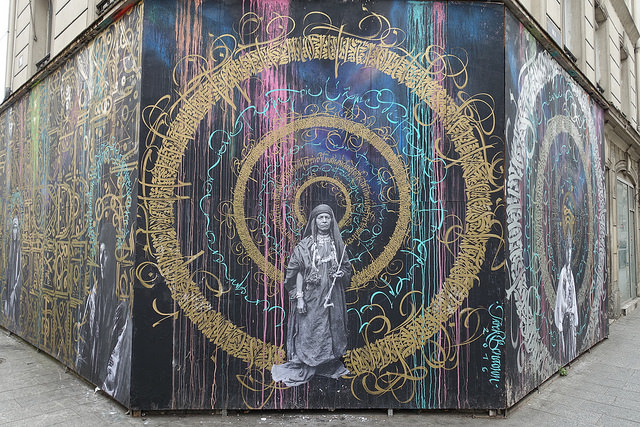 Welcome to another weekly round-up, where we share (what we see as) the most interesting and important articles from the previous seven days. We’d love to hear your thoughts on any of the issues covered in the articles we’ve picked, which include everything from body positivity to Blogging Against Disablism Day.

How ‘body positivity’ lost its true and radical meaning (Dazed)

Lush might care about the environment, but they don’t seem to care about fat people (The Pool)

‘Hundreds of us will die in Raqqa’: the women fighting Isis (The Guardian)

Denmark Place arson: Why people are still searching for answers 35 years on from one of the biggest mass murders in our history (Independent)

Can’t be bothered to vote? If you’re young, you simply can’t afford not to (Guardian)

Laverne Cox: Trans People Shouldn’t Have to Blend In (Elle)

From the article: “Members of the LGBT+ community in Chechnya are being held in concentration camp-like conditions, and at least four have been killed. Ramzan Kadyrov, the country’s president, has vowed to ‘eliminate’ all gay men by the end of May.”

How Netflix’s ‘Hot Girls Wanted’ series exploits sex workers in the name of exposing… how sex workers are exploited? (Babe)

From the article: “…The real names of the sex workers, who go by aliases on the internet, were released and footage of their performances have been streamed to a global audience of millions.”

From the article: “The world needs to start listening to people like Maryam – we could all learn a lot, the queer community included.”

Maxine Peake: ‘I’m a Corbyn supporter. We need a coup’ (The Guardian)

From the article: “What does she think of Theresa May? ‘A terrible politician. How can you like her? And I can’t buy into this thing, “Oh, but she’s a woman.” I don’t care.’ What upsets her about May’s politics? ‘Her lack of care. I mean, we’re talking about another £30 being cut off disability benefits. I cannot believe the callousness. Why are we not in the streets rioting? Why are we not in the streets going, ‘You cannot treat people in this country like that’? It’s absolutely distressing when you go to Manchester and see the homeless people on the street. Every time I go back, there’s more.'”

From the article: “Whether you know you’re trans or not, society has many ways of making sure you know the consequences of straying outside your prescribed gender.

The same hand that extends an invitation into a “man’s world” also shoves these ideas down our throats, so that our sense of identity and self-worth is chiseled away. When we talk about “male privilege,” that’s what we’re really referring to: the demonic barter millions of people have had to make in order to stay alive in a culture that, unconsciously or not, wants them dead or silent.”

From the article: “We shouldn’t go through what we do – the scrutiny and doubt, the trick questions, the sense of having to justify our existence. But nobody should go through this. Nobody should enter into any process under the working assumption that they are trying to commit fraud. There is nothing special about physical pain.

All games of legitimacy are disablist games which hurt other disabled people. But they can also effect our own relationship with pain and impairment. If we believe that any functional limitation we have – the inability to work, the need to use a wheelchair or any other kind of assistance – needs to be justified not just with difficulty but with suffering, it becomes extremely easy to start second-guessing ourselves. So we’re in pain, but are we really in that much pain? Could we push ourselves a little harder? If we are enjoying life at all, does that mean we’re not truly suffering and cannot ask for any accommodations?”

DH Kelly also writes for the F-Word. Here is another recent piece for the F-Word in honour of Blogging Against Disablism Day: Imaginary families and the Social Care crisis

The image is used under a creative commons license with thanks to Guilhem on Flickr. It is a photograph of street art. A person stands inside a set of concentric circles. The person is dressed in robes and has their hair covered with a scarf or a veil (that doesn’t cover the face). The image is depicted on a plasterboard wall.