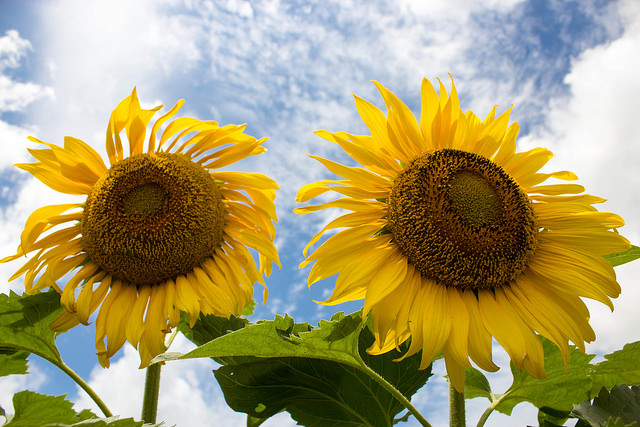 From the article: “Ms Roberts, from Newcastle-Upon-Tyne had tweeted the DVLA account, writing: ‘Just received my new licence and it is wrong. I asked for no title on but it has come back with one on it. Can this be changed?’

The DVLA twitter account responded: ‘Hi, the purpose of the title is to allow the system to determine the male or female format of the driver number. I’m afraid it can’t be removed.’”

How a Frog Became the First Mainstream Pregnancy Test (The Atlantic)

The Forgotten Story Of The Radium Girls, Whose Deaths Saved Thousands Of Workers’ Lives (Buzzfeed)
CN: Graphic descriptions of the effects of radium poisoning.

Resistance: Thank people for their work (This ain’t livin’)

From the article: “Thanking people for their efforts — from the person who posts a daily list of action items for you to follow to the volunteers who help your organisation function — means a lot, and can help people feel more engaged and committed to a mutual effort of interest or concern. It’s unreasonable to expect people to commit to unpaid labour without any kind of acknowledgment of their work, almost as though ignoring their very existence and focusing on their product will allow you to dodge the question of whether they should be paid. To the contrary, it just makes people feel prickly, unpleasant, and used.”

Able Bodied People You Are Not Entitled To Know Details Of Our Disabilities. #BADD2017 (Life Through The Disability Lens)

Stop Lying To Me About Accessibility (That Crazy Crippled Chick)

From the article: “You want to make the world a better place. This I know. This is why I love you. But in this pursuit of ‘better’, maybe you should consider how you treat the patients you claim to care for.”

BADD2017: Dehumanization of the Disabled: An Exploration of Fear (So Much Stranger, So Much Darker, So Much Madder, So Much Better)

From the article: “I believe that the dehumanization of disabled people stems, at least in part, from fear. There is, of course, the fear of what is different from oneself as well as the fear of the other. Yet, I think the biggest fear that contributes to our dehumanization is the fear of mortality. Disabled people are walking (or rolling or however you get around) reminders that our bodies can and will break down and that one day we will all die. People with mental illness or I/DD are reminders that our minds are fragile things that can break down and that one day we may be left as shells of our former selves due to diseases like Alzheimer’s or dementia. We are feared because we remind people that they are not invincible. They see our “broken” bodies and minds and they are reminded that one day they too will have their bodies fail them, that they too may have their minds become foreign.”

BADD 2017: Ableism – The overlooked bigotry at the root of social injustice (Notes, Notings, and Common Refrains)

From the article: “Disablism, in other words, is what leads to sympathetic treatment in the media of parents who murder their own disabled children, because of course, they were too heavy a burden to care for. And ableism is what leads to Applied Behavioral Analysis (ABA) – which forces autistic children mimic neorotypical people (often through electric shock and withholding food) – to be considered “therapy” rather than torture. Like the filling and bread of a sandwich, the two ideas are not exactly the same, but neither can they exist in isolation.”

Thanks to the awesome Tara for the following links:

The Overlooked, Radical History of Black Women in Art (Artsy)

From the article: “While the show raises timely questions about intersectional feminism, female representation, and gender inequalities—all urgent themes in Trump’s America—perhaps most pertinent is the show’s insistence on reminding us that black women have long faced the perils of a world in which their voices are silenced.”

Artemis Is the Queer Girl Goddess BFF of Your Dreams (Autostraddle)

10 Real Laws Straight Out of The Handmaid’s Tale (Gizmodo)

The image is used under a creative commons license with thanks to Rita on Flickr. It shows two sunflowers against a blue sky which is slightly overcast with white clouds.