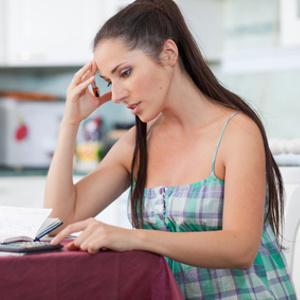 This makes absolutely zero sense to me. One of the things that makes the NHS so great is being able to get care at the point of need. If I was taken ill in the UK, I would generally assume that I would be able to go to A&E in Aberystwyth, a GP in Glasgow or a minor injuries unit in Manchester.

In fact, it is possible for people from England, Scotland and Wales to receive abortions if they are in a different part of the UK; for example, as it is difficult to obtain an abortion after 18 weeks or surgical abortions in Scotland, 180 people travelled to England last year for the procedure, with costs reclaimable from the NHS. While this clearly raises other issues of accessibility, it underlines the incongruity of the decision made yesterday.

Even before taking into account the cost of the procedure, there can be substantial costs to people travelling from Northern Ireland, including travel and accommodation, as well as possibly needing to take a few days off work or paying for childcare.

Yet the cost of the procedure itself can add hundreds of pounds more. In the case that was being examined by the Supreme Court, the procedure cost around £900. While abortion providers in England offer discounts to people coming from Northern Ireland, even an early procedure costs at least £280, while an abortion between 19 and 24 weeks comes in around £1,325.

Most people have abortions early in their pregnancy, but according to the figures for 2016, while 80% procedures performed in England, Scotland and Wales were in the first nine weeks of gestation, this was only true for 72% of procedures accessed by people from Northern Ireland accessing them in Great Britain. This skew is understandable, given the greater barriers to access, not least the logistical issues of arranging to travel, but as the process gets more expensive with time, people from Northern Ireland are more likely to have their financial difficulties exacerbated even further.

These costs are therefore incredibly likely to stop people accessing abortions. The nature of abortions is that they result from unplanned pregnancy; this isn’t something most people will save up for. According to the Money Advice Service, 40% of adults in the UK have less than £500 in savings, so it’s clear that when it comes to spending several hundred pounds unexpectedly, it would be absolutely impossible for many of us. In the case of abortion, it might also be harder to ask for money from family, therefore making it more likely that people will either need to use expensive credit or payday loan services, or forgo the procedure altogether.

I think we can intuit this is the case, but there is further evidence for this when looking at the ages of people accessing abortions in the UK. People coming from Northern Ireland are more likely to be older, with 43% aged 30 or above, compared with 35% of people across Great Britain. I’m sure there are several reasons for that, but at least one will be financial stability – people later in their careers who are more financially independent will be in a better position to access costly services.

This decision by the Supreme Court is ugly and unfair. This means people from Northern Ireland will continue to have to make their reproductive choices based on their ability to pay substantial sums for the services they need. Decisions that should be made by each individual depending on how they feel about giving birth and having a child are instead dictated by short term practicalities. While ultimately people from Northern Ireland should be able to access abortion where they live if that is what they want, in the meantime the rest of Great Britain should be supporting them, not narrowing their chances.

Here are some resources if you are in Northern Ireland and thinking about your pregnancy options:

The image is used under a creative commons licence and is by SalFalko. A woman sits at a kitchn table using a calculator, with paper strewn over the table. She is deep in concentration, with one hand touching her head.