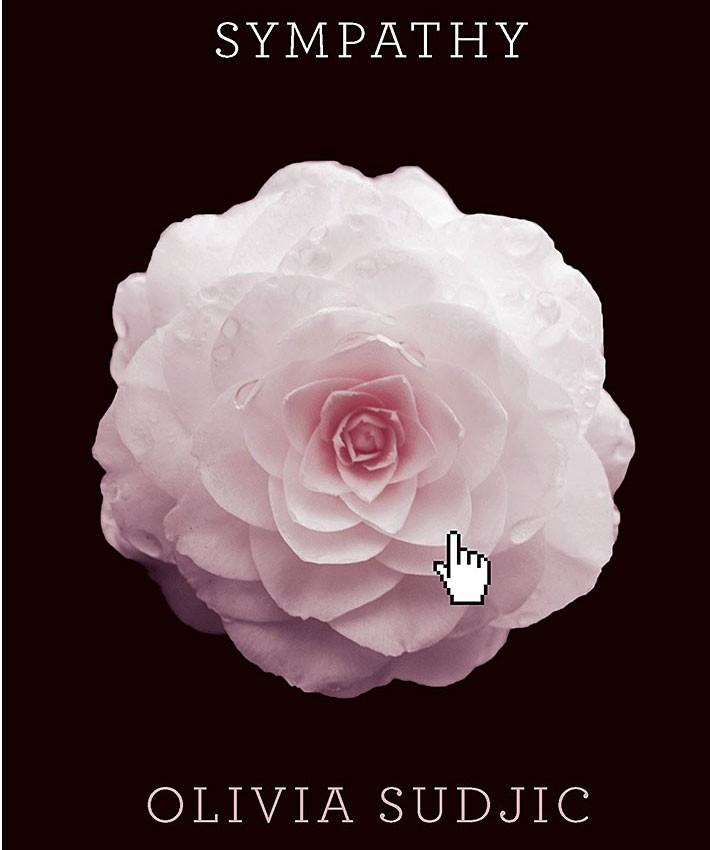 Down the rabbit hole

Olivia Sudjic’s debut novel, Sympathy, is a deeply compelling thriller charting the extensive, excruciating lengths to which 23-year-old Alice Hare goes to meet and secure the affections of author Mizuko Himura. It’s a novel of mirrors and doubles, of borders and extremes, exploring obsession and the complexities of finding and maintaining connection in today’s world.

Narrated by Alice herself, it puts us inside the head of a young woman struggling to find her place in the world, and asks searching questions about technology’s impact on modern life en-route. Adopted as a baby, Alice has always felt somewhat rootless and disconnected from others. Her recent graduation has only aggravated this, so an invitation from her adoptive father’s mother, Silvia, to visit her in New York offers a chance to break out of her self-imposed isolation. Sudjic cleverly allows her protagonist’s appearance to remain ambiguous for much of the novel, meaning Alice – whose name is, of course, taken from Alice’s Adventures in Wonderland – becomes a metaphor, a lens through which we can evaluate our relationship with technology.

With a significant number of secondary characters and a narrative that mirrors the ebb and flow of Alice’s strange new life, the audiobook edition of Sympathy, narrated by Penelope Rawlins, shifts fluidly between Alice’s narration and conversations with other characters. Each character has their own distinctive voice, meaning none get lost or forgotten about in the course of the action. As a result, it sounds not unlike a radio play and is a joy to listen to. Rawlins perfectly brings to life the subtle shifts in Alice’s character, ensuring her intent remains ambiguous – and all the more sinister for it.

Alice’s behaviour at times prompts the thought: just because you can, does that mean you should?

Sympathy feels like a thriller thanks to Sudjic’s masterfully woven narrative, which pulls readers in one direction then another, keeping them guessing and piecing the parts of the story together as they go. At the same time, there is both a somewhat repulsive creepiness and a deep familiarity to Alice’s behaviours that imbues the story with an uncanniness fitting for a novel as on-the-pulse as this. Take for example Alice’s snooping through the photos in Mizuko’s phone while she’s in the bathroom – especially the explicit ones.

For better or worse, Googling someone before a date and checking out exes on social media are all pretty widely accepted behaviours these days – much as we might preface them with a half-apologetic, ‘I know this is creepy, but…’ As the narrative unwinds, Alice’s actions – or her convoluted account of them – become increasingly questionable, and yet they retain a level of familiarity as if in the right circumstances we too may act in exactly the same way. The internet is still reasonably fresh territory for humankind, making it home to a large amount of moral grey areas. Reflecting this, Alice’s behaviour at times prompts the thought: just because you can, does that mean you should?

In this sense, Sudjic’s writing bears a similarity to that of Muriel Spark, which also plays with temporality, issues of authorship and narrative construction to pose larger moral questions. Sympathy also closely parallels the storytelling mechanisms of the technology at its centre. Alice’s first person narration invites the reader in like a confessional vlogger, and skips back and forth in time, giving snippets of her story in much the same way as scrolling through a newsfeed or hashtag .

The reader is left to piece together the sequence of events and figure out how they fit together, giving Sympathy a hyper-modern feel that has led one critic to dub it ‘the first great Instagram novel’ . I would second this; the highly detailed descriptions of the physical and emotional acts of tapping and scrolling through web pages and social media profiles, of watching messages being written and anticipating what they’ll say, are all hugely contemporary and relatable experiences, speaking to how deeply intertwined our experiences of technology and personal relationships now are. We may look vacant, eyes glued to our screens, but there’s often more depth to our screen interactions than the surface suggests.

Given the availability of information on the internet, is it any surprise that Alice comes to feel she knows Mizuko, and think the author is her “internet twin”?

Equally, however, these interactions can also turn out to have less meaning than we initially realise. On first arriving in New York, Alice takes to wandering the streets, taking photos. She shares them on Instagram which she feels gives the images – and herself – a larger meaning: “I sensed that whatever I was doing was in some way happening on a grander scale.” But her only followers are “random fitness gurus and a few strange men with pictures of their cars”. It’s the tension and uncertainty underlying social media interactions that Sudjic plays with in the novel, giving weight to the physical and emotional aspects that are generally invisible to observers.

Posting on an Instagram profile followed by random strangers is just the start of Alice’s spiral into social media obsession, and a craving for the validation it provides. You may never have gone to the extent of deleting a post because it doesn’t get enough likes, but still it’s hard not to recognise yourself in her as she tumbles head first down click-holes that are just as much a result of her lack of self-control as of a world of algorithms designed to reflect our own interests back at us. Given the availability of information on the internet, is it any surprise that Alice comes to feel she knows Mizuko, and think the author is her “internet twin”?

Alice’s interest in physics gives her world view a scientific slant. She sees her relationship with Mizuko as “clear proof of the existence of super-symmetry, the idea that every particle has a partner. She was mine.” The non-linear narrative makes it unclear at first why and how Alice is attracted to Mizuko, but she explains:

My attachment to her was cultivated through her pictures and photographs and quotes and all the things she put online, not just because of what they were and how they related to me, but because of the attitude, the way of seeing the world they suggested. The way she saw and spoke about things was the exact way I wished I could see and speak about things.

This too is a familiar sentiment in a world where we interact with friends and celebrities alike online, seeing only what has been arranged, edited and filtered for public consumption. It’s often hard not to believe that a better version of the ‘self’ is out there, available to be connected with at a whim.

Alice’s story then becomes something of a cautionary tale: one that warns knowledge alone can’t build a meaningful relationship

But what’s to say this better self would want to be friends with you? Once Alice has inevitably contrived a meeting with Mizuko, she seems to mistake hours of scrolling through social media and Google search results for knowing Mizuko as a person, conflating the digital and IRL (in real life) selves she presents. Despite the knowledge she spends hours online amassing, Alice’s obsessive collection of any and all information about Mizuko doesn’t lead to a more fruitful friendship. Instead, Alice finds herself having to pretend not to know certain information about Mizuko’s life in order to cover her tracks. Alice’s story then becomes something of a cautionary tale: one that warns knowledge alone can’t build a meaningful relationship. People have to be willing to engage and learn about one another face-to-face in order to build a genuine connection – the internet can never substitute that.

While Sympathy provides possible answers to many questions, a reading of it poses several more: Does Alice realise the impact her obsession has had? What sort of person is she, really? To what extent are we all at least a little like Alice? One thing it doesn’t do is offer easy answers – not to its fundamental questions of identity and belonging, anyway. What it does instead is give highly intelligent and entertaining insight into the complexity of how we relate to each other in a world where the internet increasingly plays intermediary, forcing us to ask ourselves to what extent we – IRL – are already circling the rabbit hole – if we haven’t already tumbled down it head first.

The image shows a pale pink flower face-on in the middle of a black background. It’s taken from the novel’s cover.