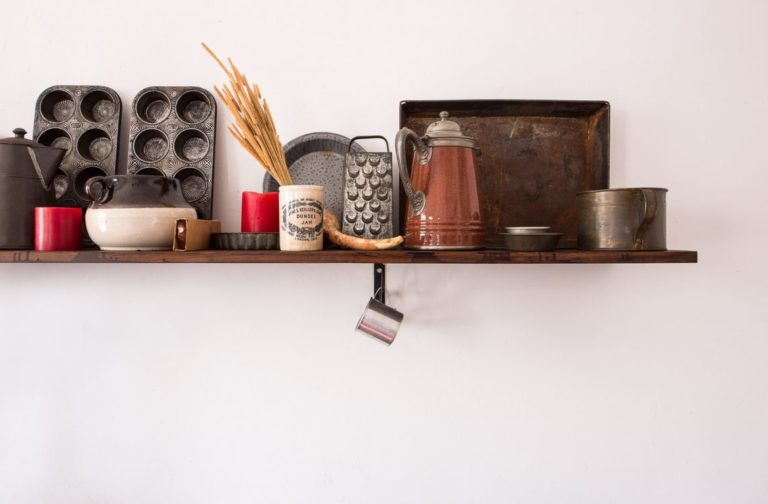 A new twist on some old standards 2016 was a year of controversy in more ways than one, and the popular television programme The Great British Bake Off was not immune. The announcement that Bake Off would move from the BBC to Channel 4, keeping judge Paul Hollywood but losing Mary Berry and cheerful hosts Mel Giedroyc and Sue Perkins, divided viewers as to whether the show would be able to retain its slightly nostalgic charm, or whether it would lose something through commercialisation (quite literally, as Channel 4 has advert breaks reducing the length of programmes!) Like many major UK institutions, the place of the Bake Off in our national culture has become uncertain and it still remains to be seen whether the new version of the show can match the success of the BBC series.

As debate and discussion surrounded the future of Bake Off Nadiya Hussain, the winner of the 2015 series, released her first cookbook Nadiya’s Kitchen and continues to go from strength to strength with the publication of another cookbook this year. Her new TV series Nadiya’s British Food Adventure is also currently being aired on BBC Two.

Nadiya’s Kitchen has a fairly standard format, divided into sweet, homey sections such as ‘lazy Sunday mornings’ and ‘who stole the biscuits from the biscuit jar?’ There are plenty of ‘traditional’ British recipes with slight twists: feta and dill muffins, chocolate and hazelnut profiteroles, and also some more creative bakes: the biscuit section, for instance, includes some really interesting and unique ideas. The recipes are interspersed with Hussain cheerfully chatting about her experiences as a young mum who loves to cook, not dissimilar from other popular chefs – including former Bake Off winners with published cookbooks, such as Cathryn Dresser and Jo Wheatley. Fundamentally, it is a cookbook template that would not be out of place in the 1950s: a beautiful young mother, smiling father and adorable yet mischievous children sampling the delicious cakes and biscuits, fresh from the oven.

The book portrays a traditional British family, but a British family which proudly incorporates their heritage into their lives and their cooking

However, Hussain’s cookbook is a bit of a deviation from the recent ranks of smiling blonde mothers in yoga pants advocating for gluten-free fish fingers and sugar-free fruit bars. To start with the phrase ‘clean eating’ does not appear. Hussain’s recipes may include scones, crumpets and even the uber-English Queen Elizabeth II’s 90th birthday cake, but the croissants are flavoured with halwa (a classic Bangladeshi ingredient) and Hussain presents her mother’s curries and poori pastries alongside the British afternoon tea classics. The book portrays a traditional British family, but a British family which proudly incorporates their heritage into their lives and their cooking.

True to Hussain’s personal story, the book is targeted at families looking for easy, quick meals which can be made while keeping an eye on schoolwork. There are plenty of healthy recipes which would easily suit a weeknight dinner and biscuits which don’t require extreme technical skills, but simply have innovative flavour combinations. Many of Hussain’s food ideas are rooted in Bangladeshi staples and are perfect for those who want to try their hand at homemade falafel or cook curries from scratch. A considerable number of her recipes feature eggs or fish and would broaden the horizons of anyone attempting to limit their meat consumption.

As Ruby Tandoh, a runner-up in a previous Bake-Off series has noted, there are plenty of beautifully complex and unreadable cookbooks published by top restaurants, intended to be displayed rather than used. Nadiya’s Kitchen is instead a warm family book intended not to create haute cuisine, but an answer to the perennial question of “what’s for tea tonight?” without too much panic and last minute shopping.

The resurgence of traditional ‘womanly’ pursuits and the return to an emphasis on the domestic sphere has been discussed and debated by feminist bloggers. Lately, a misogynistic backlash to feminism has seemingly become entwined with other populist political platforms, in part leading to global events such as the election of a man who has been recorded boasting about sexual assault in America and, in England, the normalisation of the politics of parties like UKIP, despite their antiquated positions on women’s rights.

The personal cannot be disconnected from the political, and while the renaissance of domesticity is clearly related to many factors (economic downturns, concerns over food contents, desire for simplicity in a world where smartphones are never turned off), how much of it is an attempt to repackage historic domestic inequality as something kitschy and adorable in order to complement trends which seek to remove women’s equality in public life and encourage them back into the home?

Nadiya’s Kitchen can be considered alongside the work of Gwyneth Paltrow and others when discussing a trend towards making domesticity appear cutesy and attractive. Yet it is important to also applaud Hussain’s apparent rejection of ‘Little England’, using her presence on television and in the kitchen to claim a space as a Muslim woman of Bangladeshi heritage in British cooking and British food culture. Hopefully, Nadiya’s Kitchen will begin its own trend, one in which we continually look for new ways to incorporate foods and ingredients from all backgrounds and immigrant cultures into our busy weeknight meals and day-to-day lives.

Nadiya’s Kitchen is published by Michael Joseph and is available to purchase HERE.

Feature image is from William on Unsplash. The image shows a kitchen shelf on a plain white wall. It has various kitchen equipment, including muffin tins, a couple of kettles, a cheese grater and a baking tray. All are a little worn.

The second image used is the cover of the cookbook Nadiya’s Kitchen and was sourced from the publisher’s website. It shows Nadiya Hussain smiling in a purple hijab and blue top. In the photo she appears to be in the process of serving up a green salad from a bowl to individual plates. The title ‘Nadiya’s Kitchen’ appears in white and the sub-heading ‘Over 100 simple, delicious, family recipes’ appears in smaller blue font to the right of the photograph.