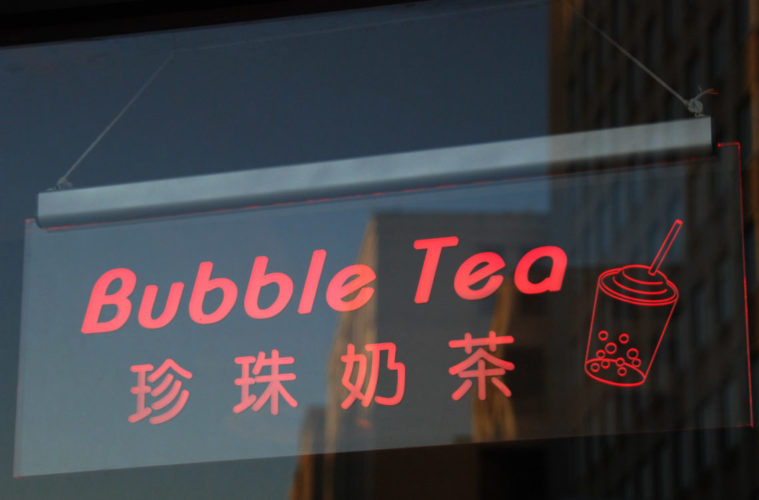 Does bubble tea taste better when it’s made by white people?

Josephine Tsui reflects on a recent trend in cultural appropriation Bubble tea has been sold in Bristol for decades by East Asian restaurants and East Asian women. It brings about satisfaction as an interesting drink that combines fresh fruit, tea and tapioca balls. Recently, the tapioca balls have evolved to jelly, which can be flavoured with aloe vera or lychee. When I drink bubble tea, I feel lucky to be Asian and able to experience it. It truly adds a little sparkle to my day when I have one.

In the past, I have brought my Bristolian friends over and many times they have found the whole experience odd. One commented that it was confusing to have to drink and eat at the same time. The thick straws are used to suck up the tapioca balls but also drawing liquid to my mouth. For me, this is part of the fun of drinking bubble tea: a sweet refreshing drink interrupted occasionally with a nice tapioca ball. I haven’t pressed my friends to join me in the future.

Last year, a new independent bubble tea shop set itself up in Quakers Friars near the Apple store. I was pleased because I always welcome access to my favourite drink. However, this place is designed differently from my frequent haunts. Based in a newly painted hipster container, there are chairs outside so you can enjoy your drink in the sunshine. The massive selection of flavours has been whittled down to 12 already selected favourites to choose from. A white Bristolian woman is managing the booth.

Last weekend, I passed by the stall again. It was a hot summer weekend and the queue outside of the painted container was long, containing Asians and non-Asians alike. Suddenly the issue of drinking and eating at the same time didn’t seem to be so much of a problem. It was as if bubble tea had been discovered by the owner of this stall.

There was never a queue like this at the other bubble tea shops I’d visited. Why was this one doing so much better than the other ones? I thought of all the times I tried to introduce bubble tea to my friends only to be met with resistance. I would never consider having my own bubble tea stall because it didn’t feel there was enough demand. However, I now realise perhaps there isn’t enough demand to sell bubble tea because I’m an Asian woman. There is plenty of demand for bubble tea if it is repackaged to be sold in their neighborhood by a white woman. Who gets to define what is “hip” and popular?

This experience reminds me of the new fad in coconut water. The South East Asian community has been selling coconut water for decades in Britain. Then comes along Vita Coco, making it “the best drink for rehydration after yoga”. White women all over Britain are now buying Vita Coco and paying £2.50 for 500ml, as Asians wonder “What is in all the hype?” We never believed in all the magical properties of coconut water because we’ve been drinking it forever. If coconut water did really contain magic, wouldn’t it be in your best interests to go to the Asian supermarkets where you can buy it much cheaper? Each can is sold for under £1. White women’s preferences are changing the landscape of coconut water, and Asian shops are not benefitting.

I don’t have a problem with anyone’s food preferences. Love bubble tea or don’t love bubble tea; it doesn’t matter. This is about institutional preferences, not individual ones. The debate on cultural appropriation is long. Looking back at the bubble tea stall, I wonder who is capitalising on the rise of bubble tea in Bristol? it certainly isn’t the Asian women.

Feature image is from Kenton on Flickr, shared unto a creative commons license. It shows a sign for a bubble tea shop.

An out-of-focus woman of East Asian appearance in a white scarf stands in a car park, holding out a plastic cup containing pink bubble tea, which is fully in focus. The cup has “Fresh tea” and “Fresh made” written on it. By Daniel Lee, shared under a Creative Commons License.