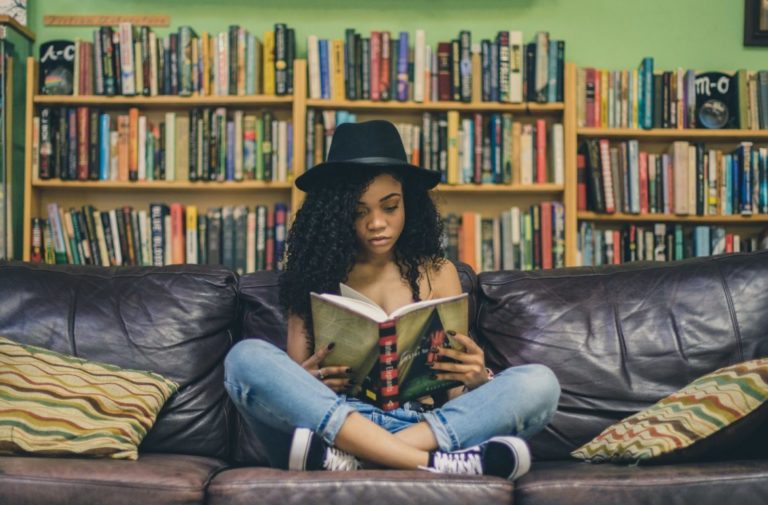 Fighting for The Feminist Library with film Anaïs Charles is a passionate feminist and storyteller beginning a career in filmmaking and journalism. She graduated from Lancaster University with a degree in politics and is currently based in London. The Feminist Library is her first short film

Can we know where we’re going as feminists if we don’t know where we’ve come from? That’s the question that I faced head-on when I made my first documentary (now on YouTube), a collaboration to celebrate the work that The Feminist Library in London has been doing for decades.

The Feminist Library is a treasure trove of feminist history, documentation and literature. Founded at the beginning of the Women’s Liberation Movement in the 1970s & 1980s, it remains a hub of feminist activism. Being entirely dependent on donations, however, its future is constantly in question.

My good friend and co-filmmaker Lucile Smith came across the library in early 2015. When she suggested we make a film about it, I jumped at the chance.

During the early days of the women’s movement, and pre-internet of course, the library was an especially precious resource for women wanting to educate themselves on the issues they faced. It was also an invaluable place for these women to find others who’d embarked on the same journey that they had. It was a time of discovery, community activism and consciousness-raising groups.

What about now? As Jalna Hanmer, a women’s studies professor and leading voice on gender-based violence, says “Young women don’t know anything about the women’s liberation movement. So it’s really hard to keep women’s history alive.”

We interviewed some of the founding members of the library collective, such as Gail Chester, who still runs the library today. “There are articles about consciousness-raising groups, there are articles about the small group process. I think a lot of that work is really in danger of being lost – in the sense of acquainting younger women with that history, which is really important for informing their activism,” she said. The library’s first employee, writer Zoe Fairbairns, told us that the library “was about simply setting the record straight and restoring women back to the mainstream of which we are half.”

Each and every woman we spoke to buzzed with passion as they recounted their involvement with the library. I often left these interviews shocked that I hadn’t learned this history at school and embarrassed that this was the first time I was showing the women who came before me the gratitude and respect they deserved. Why hadn’t I known all this before?

As Alice Wroe, founder of feminist project Herstory, says in the film: “…these women had literally paved the way so that I can live the life that I do now. I felt really inspired first … and then I felt really upset and angry that my education had let me down, that I’d got to this point and no one had ever told me about these women.”

Feminism continues to evolve to better include non-white and non-cisgender identities, although there is still a way to go before these groups are fairly represented. This was reflected in the filmmaking process; I have spoken about this in more depth in an interview with She Translates.

As a filmmaker, this experience has taught me that I have a duty not to let that history disappear; to fight for the herstory of women to be considered on a par with the history of men. “When we’re taking a book off the shelf [here] for instance, it’s not just a book” says library collective member Yula Burin. “We’re holding knowledge that’s born out of the real intricacies and difficulties, the joys and the pains, the sorrows and struggles of women.”

We are empowered when we know where we’ve come from. When this knowledge is integrated into who we are today, we know what’s at stake and understand ourselves more deeply than ever before. This, I hope, is what viewers will take from my work.

Feature image is from Seven Shooter on Unsplash. It shows a woman reading a book while sitting cross-legged on a black leather sofa.

Next image is of the film poster for The Feminist Library, courtesy of the author. The poster features the words ‘The Feminist Library’ in colourful speech bubbles, with each bubble attributed to a different woman. The women are drawn in a colourful cartoon style. At the bottom of the poster there are a group of activists holding signs in support of the library.