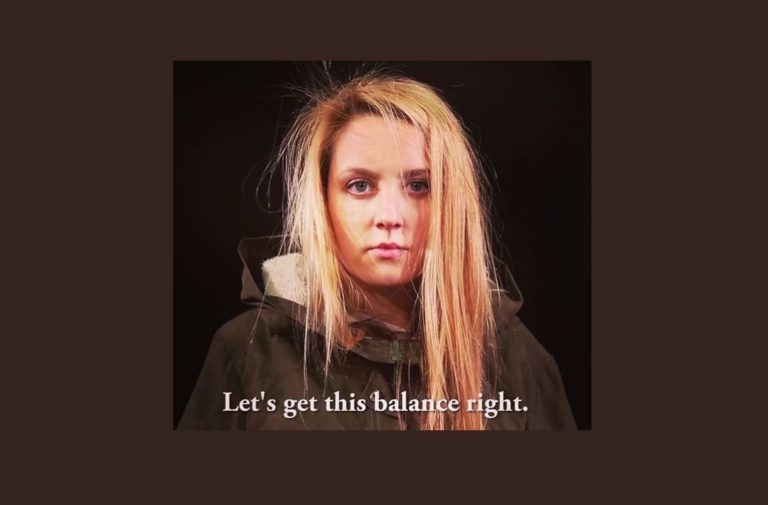 This is a guest post by Holly Donovan. She is an actor and producer and has spent the last five years working in the theatre industry in London. Her credits include numerous classical plays, as well as new writing. She is currently producing No Place Like Hope at the Courtyard Theatre with the help of a Kickstarter campaign.

My name is Holly and I am an actor. I graduated from drama school in 2012, full of hope for a career that would be incredibly successful and exceed all my dreams. Although this was a little too positive and very naive, I did not at that time realise that my career would actually be grossly sexist and that my opportunities would be shockingly few and far between.

At drama school no one warned me that there would be little to no parts for women. My boyfriend graduated with me, and as we worked together in the industry I began to notice that for every one opportunity that I had, he had 10, even though we were with the same agent. I took work at the agency to see what was really out there for young actors; I was right, for every one casting that came into the office for a female role, there would be at least 10 for men.

What was even worse was that the one opportunity for a woman usually involved very few lines and more often than not some nudity. I was disheartened to find out that I didn’t really have much hope in the industry, as even when I got a part I was normally merely a plot device for the four men on stage around me.

I once went for an audition for a classical play. Usually the women in classical plays have decent roles even though they are always outnumbered by the men on stage. I was excited for this audition and worked my socks off for it and I was lucky enough to get a recall. After many hours of preparation for this all-important second audition, I turned up ready and raring to go.

However, to my dismay, at the beginning of the recall we were asked by the male director to raise our hands if we had a problem with nudity. I looked around me to see if any of the other women attending dare raise her hand; no one did. Were we all OK with being naked on stage? Even though it wasn’t mentioned in the initial advert and it certainly wasn’t in the script!

I asked why there needed to be nudity. The male director and theatre company founder told us that actually the female lead needed to be totally naked for many scenes. I said I had a problem with it. I didn’t get the part.

Things gradually got worse. I went to an audition for a commercial. It was to sell a beauty cream. My audition was three minutes long and I was told that I was too fat and that they were looking for smaller builds. I spent the next six months desperately trying to become thinner in the hope that would help me get a part.

This culture begins with the writers, then is perpetuated by producers and onwards into the industry. More female parts need to be written and then produced in theatre, TV and film. Until we start seeing female leads, surrounded by other women in balanced casts, nothing will change. Having one strong woman surrounded by four men doesn’t count as being equal.

I’ve stopped moaning and I’m doing something about it. I am now producing a play. It has two incredibly strong female leads and a majority female creative and technical team, only the writer is a man. This project is taking everything I have: all my savings, all my time and pretty much all my soul!

We have to stop accepting the status quo that we see in the theatre, film and TV around us. It does not represent real life, and it creates a horrible, sexist industry. I don’t want to women to think they don’t have a hope in the arts; I want to stand together and change it. Let’s get the balance right.

You can read more about No Place Like Hope and its Kickstarter campaign here.

The image is a photo from the campaign. It shows an actor looking directly at the camera with a serious expression. Underneath her face are the words “Let’s get this balance right.”