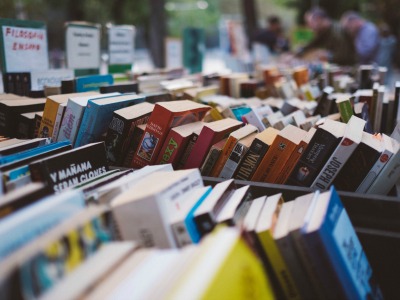 As we move into July it’s time to welcome this month’s guest blogger: Charlotte Wylie.

“Charlotte Wylie is a legal editor based in south-east London. Originally from Scotland, she graduated with a degree in Chinese Studies, studying one year at Peking University in Beijing.

Charlotte’s interest in other languages and cultures has grown into a life-long love of learning and search for new experiences. As a writer, she is interested in different perspectives and interrogating the behaviours developed as a result of patriarchal values, be it a lack of nuance in the media or internalised misogyny.

She is currently in the process of launching a blog that questions whether there is a ‘right’ way to grieve and how grief is portrayed in the wider world.

In her spare time, Charlotte tries to travel as much as possible but failing that, enjoys art galleries, reading and film.

Image is by Freddie Marriage, from Unsplash. Used with Creative Commons Zero licence.

Image is of various boxes of books laid out next to each other along a table, that appear to be for sale at a market. Various rows of books are leaning against each other in different directions, giving the photo an artistic effect.