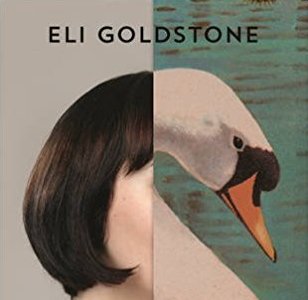 Strange Heart Beating has an intriguing premise. It explores the grief of London-based academic Seb in the wake of the death of his wife Leda, who was killed by a swan. As the premise would suggest, this novel is self-consciously literary in its reference to the mythological tale of Leda who is raped by Zeus, King of the Gods, in the form of a swan. W. B. Yeats’ famous interpretation of the myth forms the epigraph to the novel and establishes an unapologetic concern with the intellectual and the aesthetic. Indeed, the meat of the story unpicks the relationship between the rawness of bereavement and an intellectualised grieving process. In this respect, Strange Heart Beating is incredibly self-aware of how it may relate to a story that has been told and retold by artists and poets alike. Shakespeare himself had a crack at the tale of Leda and that swan. The way in which Goldstone deliberately embraces this weight of interpretation layers her own story with ambiguity and doubt.

This awareness of literary tradition lays bare the multiple possible versions of a single story and in doing so actively destabilises what can be considered ‘true’. This ‘meta’ quality is directly reflected in Seb’s narrative as he spirals into an unconventional, intellectualised grieving process he becomes obsessed with the knowledge of his wife; clinging to his version of the truth of her, which in turn becomes increasingly muddied and unclear. He seeks solace for Leda’s loss by trying to learn more about her, initially treating his grief as an academic exercise. In his bereavement, this desire to know more about Leda seems a natural desire for closeness to a wife he can no longer touch. In life though, this desire sits uncomfortably close to a desire for control; early in their relationship, Seb remembers how he:

[…] started to become annoyed when some new fact surfaced. I became convinced I knew all there was to know, and when I was proved wrong, I grew angry. I accused her of fabricating things simply to prove to me that she was independent, that she existed without me and my knowledge of her.

In spite of its existential echoes, this is not a novel about truth and self-knowledge

As part of this quest, Seb uncovers a package of unopened letters from a mysterious cousin, Olaf, of whom he has never heard mention. Unable to decipher the Latvian of the letters (a linguistic reflection how unknowable his wife really is), Seb is overcome with grief and gripped by sudden and passionate jealousy. He travels to Leda’s home country, ostensibly in search of a better understanding of his wife. The journey he undertakes does fails to unravel the mysteries of Leda (or, as he discovers she was originally called, Leila) and instead succeeds in unravelling Seb. The academic’s stalwart belief in a, “system that panders to our need to own and to order and to collect events and occasions as if they belong to us” is replaced by the frank and desolate acknowledgement that he is just another one of many, “slack-jawed witnesses to the terrific traffic accident that is the world, occurring.”

In tandem with Seb’s narrative, Goldstone includes excerpts from Leila’s journal, revealing piece-by-piece aspects of a troubled childhood that Seb cannot access. This forms the central irony of the novel: as Seb grows increasingly desperate in his search for understanding, he drifts further from the truth unspooling in the diary passages. The novel is full of misjudgements and mistakes on Seb’s part. The first person narrative’s insistence on knowledge is undercut by his failures of perception. In spite of its existential echoes, this is not a novel about truth and self-knowledge. It is primarily an examination of an individual’s failure and, at times, refusal to understand and accept truths, which to the reader become self-evident.

The language and symbolism point to the truth of Leda’s relationship with Olaf from the outset. The text is patterned with images of penetration and violence; the journal sections, (by far the best writing in the novel) sustain a sense of creeping menace as the nature of Leda’s unspoken trauma is made increasingly clear. The juxtaposition of these intimate, personal moments with Seb’s furious and futile drive to know more, make him, in many ways, absurd. An absurdity only enhanced by the arrogant, ultra-masculine academic voice Seb channels. As he begins to fall apart, he becomes increasingly difficult to sympathise with. Just as he alienates himself from friends and colleagues, so he alienates the reader. Or at least this reader.

The writing is clever and stylish. The story moves quickly and fluently playing with interesting ideas surrounding identity and how it is constructed. At the centre of the novel sits the chilling question of how truly we can ever really know those we love, though the impact of this is deadened in part by Seb’s almost wilful misreading of the people he meets. Goldstone brings humour to the macabre and balances this with a dread that builds throughout the novel. The imagery does in places become laboured, the author’s sheer enjoyment of language, at times, trumps the clear expression of meaning. For example, the central symbolism of the swan is ambiguous almost to the point of confusion: early in the novel, Seb has to be reminded that he cannot, “‘murder every swan [he] see[s]’”. Later on though, the swan seems to come to represent Leda herself and haunt Seb in a different way as he confronts sexual possibility without her. That said, in a novel seeking to destabilise truth, this mutability could well be read as a deliberate comment on the shifting quality of knowledge.

In places, the novel feels too as if it lacks direction or purpose. Scenes that are clearly intended to be climactic, ever so slightly miss the mark: a tense and dangerous hunt through the woods proves a masterclass in escalating tension until brutally undercut by a bought of diarrhoea that leaves Seb, literally with his pants down. The eventual fate of Georgs, a character who feels underdeveloped rather than mysterious, again does not live up to the menace that precedes it. Leda/Leila’s final diary entry confirms the reader’s suspicions regarding the nature of her relationship with Olaf but there is little surprising or indeed shocking by this stage about the revelation. Goldstone, in places, privileges style over emotional depth. Strange Heart Beating touches on so many topics fraught with difficult and complex emotions – grief, marriage, abuse – but it shies away from them, never fully scrutinising the impulses they create. This, in part, seems a deliberate consequence of Seb’s academic voice but for me it undermined the emotional intensity of the story.

Goldstone’s talent is self-evident and her prose is, in places, rich and muscular. In particular, the sinister undercurrent of misogynistic control is poetic in expression, drawing together the central imagery of Leda and the swan to convey Seb’s frustrated desire to own his wife – in life and in death. That being said, the language can feel overworked and thus threatens to overshadow the characters and the story, limiting the novel’s emotional punch and resulting in some moments of style over substance. I would certainly, though, be interested to read what this author writes next.

Strange Heart Beating is published by Granta and is available to purchase here.

The image shows the book cover. The cover is split in two vertically: half is of a woman’s face turned to the side, with brown hair in a bob hairstyle and wearing a white top. Her facial features are not visible due to the image being spliced with a second image, that of a swan’s head. The effect is that the swan’s head seems to protrude from the woman’s head. The text along the top of the cover is the author’s name, Eli Goldstone, and the title, Strange Heart Beating, is across the bottom on three separate lines.