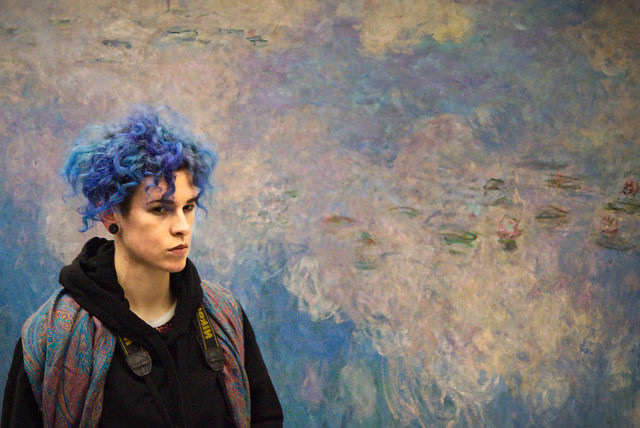 If you notice that we’ve missed out any important articles from the past week, feel free to let us know.
New measures on violence against women to be put in domestic abuse bill (The Guardian)

From the article:”New measures to protect women and girls from crimes committed overseas will be included in legislation on domestic abuse, the government has said.

The new legislation would allow the UK to ratify the Council of Europe’s convention on preventing and combating violence against women, known as the Istanbul Convention.

Laws to be included in the bill will allow certain offences committed by British citizens anywhere in the world to be prosecuted in UK courts.”

This excellent piece is by our very own features editor Sophie Jackson!

From the article: “Instead, #LoveHappensHere erases the reality of LGBT+ lives and replaces it with a prettier narrative. London is painted as a liberal haven free from homophobia and transphobia, and allies don’t feel any pressure to change their behaviour, or take any real steps to support the LGBT+ community. There is no space at this Pride to discuss what it is really like to live as an LGBT+ person in London, because ‘allies’ are shouting over us.”

From the article: “Mara Clarke, director of the Abortion Support Network, which offers financial assistance to women in need of abortions said: “This is an incredible step forward. Anyone travelling for an abortion will save a minimum of £330, thanks to today’s announcement. However, they will still have to pay for flights and accommodation, childcare and time off work.

“And there will always be women who cannot travel. Women who don’t have someone who can watch existing children, or women made pregnant by controlling or violent partners. And no one should have to travel. We rejoice today – but the work will still be here tomorrow.”

Have you heard the one about the dead hooker? (The Howl Sanctuary)

From the article: “In terms how the general populace views whores (incidentally, at this point in time, the word ‘whore’ is like the ‘N’ word, in that I’m allowed to use it but you’re not); we’re still in the dark ages. Imagine back to the time that Oscar Wilde was obliged to hide his sexuality in plain sight whilst being persecuted by the law and you’re getting close.”

The state of women in comedy (Chortle)

Being Pretty Is a Privilege, But We Refuse to Acknowledge It (Allure)

From the article: “Here’s the math: If I did not look the way I do, then I would not be on TV or on two book covers. I would not have a beauty column or an Instagram with more than 100,000 followers. This does not mean that I have not put in work and effort and done my job well, but my beauty is not something that I earned. I did not work for it, yet it has opened doors for me, allowing me to be seen and heard. And for me to pretend that it does not exist denies the ways in which being perceived as pretty has contributed to my success and made the road a bit smoother.”

A hundred shades of Pride (Meghna Majumdar at The Hindu)
[About Chennai’s ninth Pride march]
From the article: “Another group of allies were a group of staid elderly ladies strolling by calmly. Dressed in a kurta and palazzos, with her grey hair in a bun, one of them looked as if she had walked right out of a charity get-together photograph from the Society pages.

“‘We are sex workers,’ she says. ‘Some of us have attended this march before, but this is the first time we are attending this together, as a collective of sex workers from Tamil Nadu, Maharashtra, Punjab, Karnataka and other states. Hence, the red umbrellas,’ she points them out with a smile, ‘In solidarity.’”

London’s Pride Posters, Ranked by “What the Fresh Hell Were They Thinking?” (Autostraddle)

Is the saccharine message of #Loveislove really what Pride is about? (The Guardian)

From the article: “The old Queer Nation chant – ‘We’re here, we’re queer, get used to it’ – may now sound aggressive and disruptive to our diplomatic, assimilating 2017 sensibilities, but it’s never been more relevant. Forget tolerance or acceptance: they’re outdated concepts that suggest we’ve something to be sorry for. Being ourselves is our right. #LoveIsLove, yes – but it will never be enough.”

A man said Johnny Depp physically abused Amber Heard, so finally she is believed (The Pool)

Where are you really from?: The hidden lives of PoC in rural Britain (Skin Deep Mag)

Despite Legacy Of Racism, Black Women Rock On (The Establishment)

“Sorry for bothering you!”: the emotional labour of female emails (New Statesman)

From the article: “Give the men better billing than the women, structure the event so that the men’s singles is treated as the main event and the women’s as a sideshow, and then act surprised when the casual tennis fan is more familiar with the men’s game and holds it in higher esteem. It’s worked for Wimbledon for 130 years, and it creates a feedback loop between the media and the public (or the media’s perception of the public) that leads to a situation in which the hour-long review of the 2016 championships broadcast by the BBC can cover all four women’s quarter-finals in 43 seconds while devoting over nine minutes to the men’s.”

Butch is not a Dirty Word: 12 Stunning Portraits of Women who are Pround to be Masculine (The Independent)

From the article: “But the saga of Jay-Z and Beyoncé is familiar for all the wrong reasons. It’s the same script shared by women such as Sylvia Plath, Frida Kahlo and Hillary Clinton: powerful, talented women whose partners should be proudly elevating them but instead humiliate them with public affairs.”

We Are Here exhibition explores “what it means to be a British BME woman today” (It’s Nice That)
This exhibition is co-curated by our visual arts editor Erin Aniker and also features some of her work! This link appeared in the last round-up but we have decided to include again as a reminder. We Are Here opens 6–9 July at Alev Lenz Studio, 73 Kingsland Road, London. Panel discussions and workshops will also take place across the weekend. For more information check the Facebook event page.

The image is used under a creative commons license with thanks to Gael Varoquaux on Flickr. It shows a person with curly dyed blue hair standing in front of Monet’s famous ‘water lilies’ painting; a striking canvas daubed in soft blues and greens.